River City Tanlines has all the makings of a band that knows their sound and has the time and abilities to perfect it. Founded by formed Lost Sounds member and experienced guitarist and singer-songwriter Alicja Trout in the early 2000s, River City Tanlines also includes bassist Terrence Bishop and drummer John Bonds. The trio has moved past the stages of trying to find their sound and getting used to each other’s styles and have put out a polished, solid self-titled album.

For such accomplished musicians, their young and simplistic lyrics tend of undermine the quality of their sound. Frequently a standard characteristic of punk music, River City Tanlines’ frank, cheeky lyrics often skew too juvenile. Overall, “Stop My Heart” is a catchy, indie pop track, a bit more bubblegum than most of the other songs on the album but with a strong beat and anthemic vocals. The track lost me, however, on the chorus, when Trout proclaims that “I’m such a, such a retarded fool around you.” Not only is the line borderline offensive for no reason, it expresses a fairly commonplace event in a fairly unimaginative way.

Similarly, on “Can’t Stand U Anymore,” Trout talks of “a place…and there’s not a trace of your annoying face.” It sounds like the sentiment of a teenager, lamenting a lost love or unrequited crush. It doesn’t sound like accomplished musicians and adults creating entertaining, smart music, which everything else about the album implies. “Can’t Stand U Anymore” also cleverly utilizes rhythmic handclaps and a bright, upbeat guitar solo, but they are overshadowed by how out-of-place the lyrics seem.

The band also strays away from more expected rock styling, mixing in their Southern roots and influences with standard punk arrangements. “Dark Matter” pulls away from the catchier, more pop tracks that kick off the album. The entire track is instrumental, its deep power chords and rhythmic guitar riffs continuing on into the next song, “You Shot Me.” These two darker, more alternative tracks show another facet to River City Tanlines, the other side of what they have learned from punk and indie blues. While I may not have agreed with some of their stylistic choices, I cannot deny that River City Tanlines put together a well-executed, polished album that does justice to each member’s musical abilities. 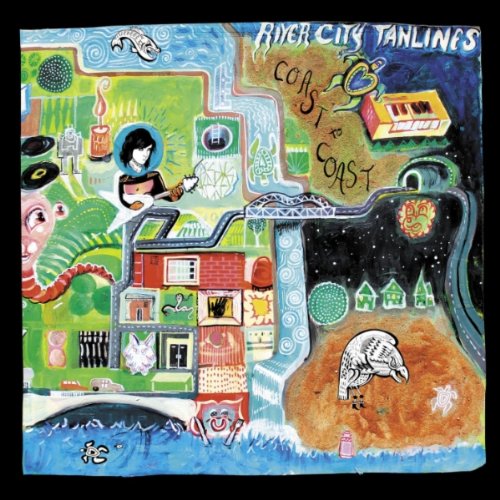