Angus Stone uncloaks all with his solo release of “Broken Brights,” choosing to ditch the moniker “Lady of the Sunshine” he opted for with his last piece in 2009. This is Stone’s second album devoid of his sister, who joins him in forming “Angus & Julia Stone,” a collaboration that topped the charts multiple times in the pair’s homeland, Australia.

In “Broken Brights,” Angus confronts the mass audiences who know him as half of a whole and presents the first work under his true namesake. Truthfully, he hasn’t strayed from the formula that earned he and his sister a following, bringing back the infallible combination of love, loss, and lust in his lyricism and playing up a heavy reliance on strings with faintly distinguishable (yet much appreciated) bursts of electronic. The result is that he’s churned out a semblance of his prior work, rather than heading the mainstream route with more laboring of production.

It’s back to basics from the first track, with River Love offering an uncomplicated drifting between string instruments and harmonic touches. Stone’s untarnished vocals are undeniably bluesy, yet fluid in the emotion-heavy tone he uses to debate where his love has it’s origins. Ultimately he asks, “Will she bring roses when I’m dead?” There’s a smattering of tracks with the same feel, like Wooden Chair and Apprentice of the Rocket Man.

A few standout tracks hit a little harder, notably Bird on the Buffalo, which embodies the same foot-tapping quality indie listeners hold dear, yet is not as quenched with heartfelt revelry. It was Blue is similar, with Stone’s vocals echoing in a cavelike nostalgia, “It was over when we got there.”

Aside from the slightly misplaced Blue Door, which speaks an unmistakably southern, almost home-on-the-range feel, “Broken Brights” is a solid folk album. It’s simultaneously a gesture in a new direction on Stone’s part in his solo effort, which his sister is likewise attempting, and an offering to loyal audiences who can count on the Stone duo for some classic, emotional acoustic compositions. 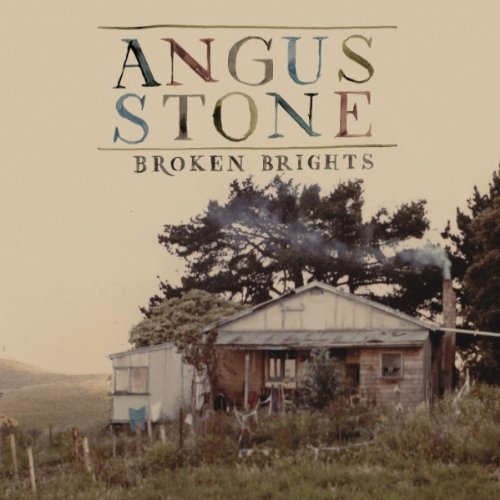