Last weekend marked the fifth annual Outside Lands music festival held in the forested heart of the San Franciscan psyche, Golden Gate Park. The festival is a no-brainer on paper, the setting historic and spacious enough for thousands of dancing feet. But what is really inside Outside Lands? Trash, mostly. Oh, and some music too.

To give something of an overview may not do the festival justice. But then again, after seeing the condition in which this once-pristine scene of all things green was left, I doubt justice will be served this summer in San Francisco. 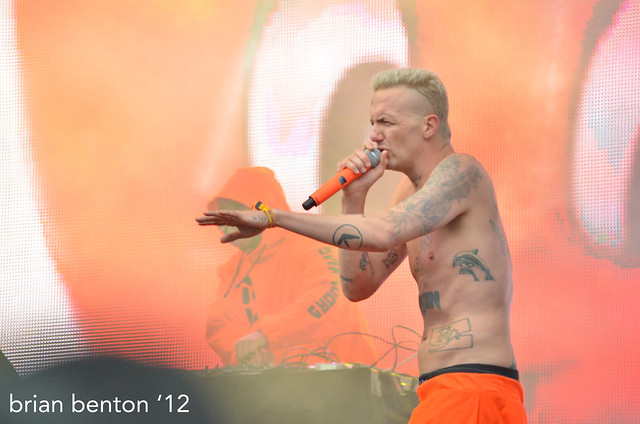 Day One: It begins with urine.

And not in the designated basins that were supplied. Over the three-day festival it was difficult to find a moment without squatters and standers alike exiting the bushes relieved. I’d be careful to smell the roses, if I were you.

In fact, don’t smell anything, if you can help it. No structure was safe from bodily waste, not even the food trucks. 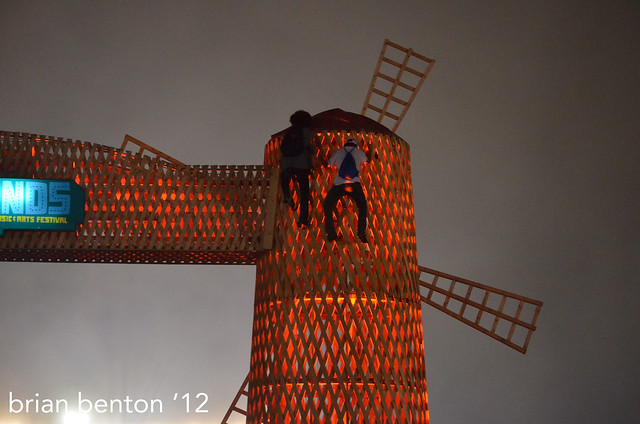 Day Two: It continues with music.

In this department, Outside Lands has yet to disappoint. Local rockers Metallica mixed with good balancing acts across the board to appeal to a diverse crowd (of litterers).

But amidst the star-studded headliners and co-headliners (Sigur Ros, Big Boi, Passion Pit, and Norah Jones) was one band’s flawless show. A group that received a scary amount of airtime on local radio for the months preceding, but airtime I craved nonetheless: Alabama Shakes.

I was lucky enough to be close to the stage for this one, as the band drew an audience too big for the smaller stage, literally. The fans in the back could neither hear nor see the performance, and for them I feel sorry.

The Shakes were unfazed at the turnout. All front(wo)man Brittany Howard had to say before stomp-rocking the snot out of the defenseless stage was, “My, there are a lot of you.”

While they should have been on the main stage and at a later time, the numbers that managed to pack before the stage drummed up a feeling of demand, a desire for this band and this band alone.

Suffice it to say, they did not let us down. They played tight, but fluid, calculated, but cool. They even surprised the salivating crowd by playing their hit single, “Hold On”, second, and not saving it for last.

And then they were gone, and a long while after so was the crowd. On to the next one they went, but I’m sure they felt the same as I. Nobody was quite as good as the Alabama Shakes.

In other news, more people came out today it seems. I realized what a great improvement Choco-Lands was to the festival, but the path from stages is too dusty with increased foot traffic. Just a heads up, Ranger Dave. 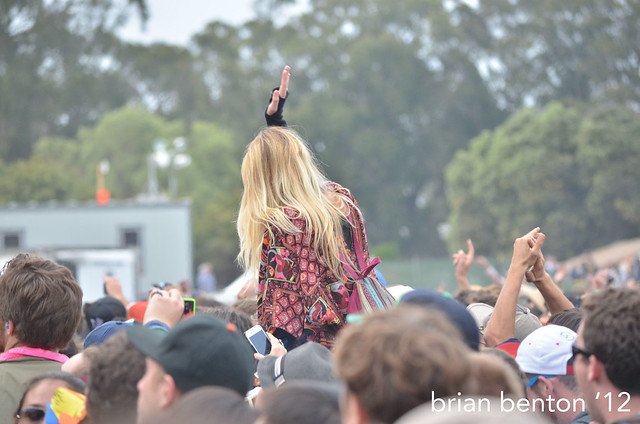 Day Three: It ends with trash.

“Done with your food? Leave it behind” was the motto, unofficially. Or at least that was the consensus: leave the park a preserved forest turned post-apocalyptic wasteland, but with a killer soundtrack.

One would think it was ye olde San Franciscan hippie who tainted the grass on which they sit or even who left the tinfoil from their special brownie behind. But the surprise of the weekend rested in the true culprit, everybody. It was amazing to see an entire crowd of environmentally-conscious city dwellers come together and destroy a park they “hold so dear”, and collectively at that.

People watched, bystanders were silenced, and by the end of the weekend the carnage seemed to resemble more a competition: whose eco-footprint will be the largest?

But it was when the littering turned into a hazard that the situation worsened, as cigarette butts were thrown into areas of concentrated local fauna. We are in a park, people. I haven’t seen collective behavior this detrimental at other festivals, or in the past at Outside Lands.

As an SF native, I leave the festival grounds concerned. Concerned for the park and concerned for the human standard of what is tolerable and what is just plain wrong. And this coming from a person who wouldn’t bother separating the cardboard from the cans come trash day should concern you too.

So hipsters, hippies, parents and whoever else made it out to the grounds this year: the festival thanks you for your business, but mother nature does not.