As a super emo teen that attended Catholic school, I’ve been familiar with Anberlin’s music for a long time. I lost touch with that scene about the time I lost touch with my teenage angst, but as soon as I hit play on Anchor & Braille’s “The Quiet Life,” I recognized their lead singer, Stephen Christian, as Anberlin’s as well. Christian, with instrumental help from Micah Tawlks, shows a different, more versatile side of his musical self on this album, a presentation that appeals to both my current and 13-year-old self.

Anchor & Braille sometimes fall into the trap of distortion effects that causes tracks to sound unnecessarily messy and convoluted instead of lo-fi and resonant. In covering Jeff Buckley’s “Everybody Here Wants You,” Christian’s vocals match up almost seamlessly with Buckley’s in intonation, timbre and pitch. The instrumentation also takes its cues from Buckley, with rhythmic guitar and piano accompaniment supporting a solid, drum-driven bass line. The difference makes its appearance in the production. While Buckley goes for a super clean, crisp execution, Christian cuts his vocals and backing instrumentation with distortion effects that sound especially chaotic and confused when they’re the main distinction from Buckley’s.

Even on their original tracks, implementing distortion doesn’t seem to add anything to Anchor & Braille’s sound, though it also doesn’t exactly take anything away from it either. “Kodachrome” feels like filler, not overly exciting but also not offensively boring. As the track moves forward, both the distortion and the vocals become increasingly louder and amped up, clearly hoping to build momentum to a moving, powerful climax. Unfortunately, the track loses its focus, instead culminating in a mess of sounds and noises.

It’s not that Anchor & Braille don’t know how to execute emotion in their songs. On “Hymn For Her,” Christian’s vocals are full of passion, his anguish and longing for a lover tangible through his voice. “Goes Without Saying,” the album’s first track, lets the audience know that “The Quiet Life” isn’t just another rock album. Opening with a more hip-hop beat and lighter, mellower instrumentation and vocals, the track helps sets a high-quality, promising tone for the rest of the album.

“If Not Now, When” is arguably my favorite song on the album. It foregoes the bells and whistles of the album’s less successful tracks and instead lets Christian’s voice lead the way. Primarily a capella, isolated piano notes and light guitar and percussion fill out its sound and allow the track to build momentum naturally. Tracks like “If Not Now, When” and “Goes Without Saying” demonstrate how skilled and gratifying Anchor & Braille can be, and fortunately enough for the listener, these highs on “The Quiet Life” far outshine the lows. 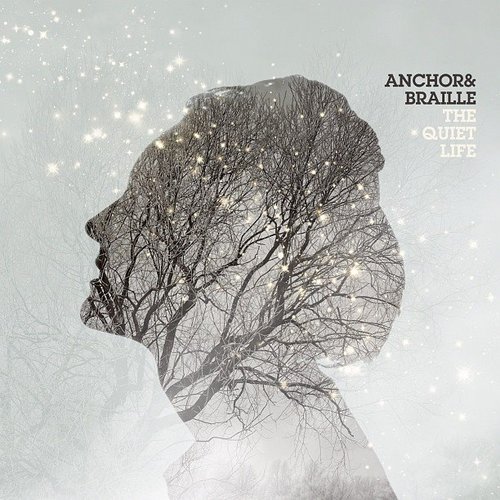