I just awoke from my post-Osheaga hangover – a week and a half after the festival had ended. I admit, that’s a terribly sad feat for a reasonably fit guy like myself. Regardless, it’s nice to get back into the grind and listen to some new music. Deep Time’s Self-Titled album, which means it’s called Deep Time, you delinquent, looked kinda promising for a pop duo from Austin.

Nine tracks deep and simplistic, Deep Time is rather average upon first glance. It’s still average upon a second glance. Deep Time suffers from what I like to call “Same Old Indie Pop” disease, which cripples albums with mediocrity in its melodies, arrangements, and riffs. Its saving grace is Moore’s voice, which is quite unique for the genre, as it never decides to enter the higher register. She’s got this sultry sound that enhances tracks quite a bit. But her backing? It’s rather lame. Look no further than “Sgt. Sierra” to see a prime example of a song that lollygags from beginning to end. “Coleman” is no better, with a clanging and repetitive key arrangement that I could’ve put together (and I’ve never had piano lessons).

As I said, Moore’s voice saves a few tracks, namely “Gilligan.” She reminds me of Florence Welch without the high notes in this tune, cooing out “Is it too late, too late, too late?” during the chorus. Admittedly, the backing is a lot more varied and creative here – so kudos for that. Actually, for once I prefer the second half of the album over the first half. The first half comes off as bland, while the second half shines in comparison. Even the closing track, “Horse” really mixes things up in an intriguing way, having Moore sing in an almost folky way.

But then I go back and listen to “Clouds,” and I realize that regardless of its pleasant second half, Deep Time is truly mediocre overall. Believe me, I don’t get any joy in saying such things. I like simplicity, but when you only have two band members to rely on, and you’re putting out an album in an over-saturated market where synths reign supreme (see Passion Pit’s Gossamer) – you’ve gotta do something special to catch my attention. Deep Time hasn’t done it here with the album being half as good as it could be. 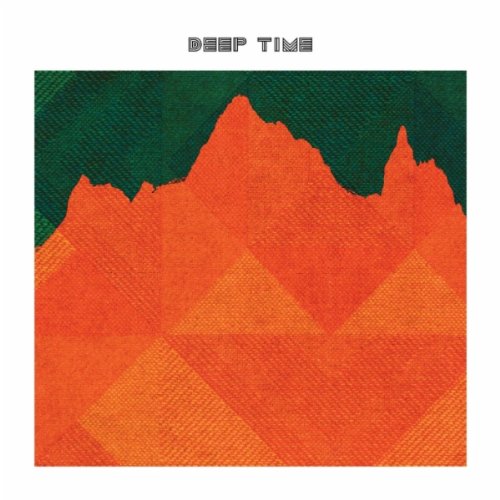