Cincinnati’s Buffalo Killers hail psychedelic blues rock in their fourth labor of love, “Dig. Sow. Love. Grow.” The trio of bearded rockers pump out some fantastic midwestern swagger in this release, drawing on rock legends but never coming close to a copycat band. Their sound is authentic, raw, unashamed, and at times gritty.

At first listen, I instantly thought of the Black Keys, and likes of The Dead Weather or Band of Skulls. The first song on the album, “Get it,” is pure grunge-y goodness at its finest; it’s powerful, raucous, and commanding. Next up is “Hey Girl,” which sounds like it’s rolling off of a record player in some southern lounge in the 70’s. It’s the most authentic sounding song on the album, which as a whole is organic in moody splendor.

Buffalo Killers seem to have found themselves a time machine, because “Dig. Sow. Love. Grow.” is a rocker’s gem from the hippie days of old. 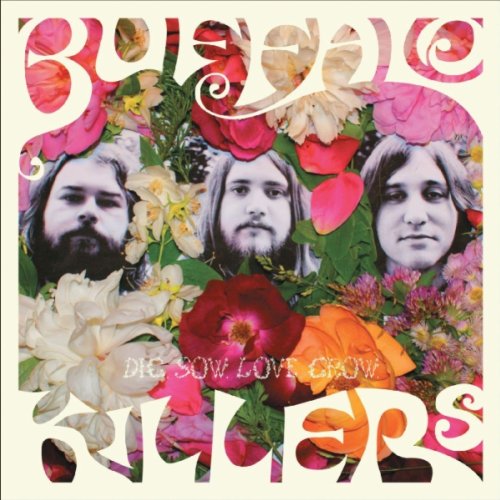