If good things come in small packages, great songs come on short records. MS MR’s “Candy Bar Creep Show” EP delivers all the color, fullness and emotion that takes most bands twelve songs in just four effortlessly produced and executed tracks. From the first haunting intonations of an organ on “Bones” to the last echoes of the lead singer’s vocals on “Ash Tree Lane,” the EP shines as a gloriously fun, dramatic electropop record.

While their name suggests a duo, MS MR has a sound so full and complex they could be fifteen people for all I know. The band toes the line between creating beautifully layered music and a convoluted cacophony, thankfully straying to the former much of the time. The heavy organ, elegant violin and increasing number of overlapping vocals of “Bones” should muddy each other, but they surprisingly elevate each other into a piece that wouldn’t make sense without each separate contribution

But sometimes, MS MR just has too many ideas. “Dark Doo Wop” begins simply, with just resonant vocals and finger snapping. It quickly brings in thundering drums and keyboards, transitioning the song from light jazz to a booming ballad in the blink of an eye. While MS MR executes both genres beautifully, the disconnect between the two takes away from the overall impact of the song.

Thankfully for MS MR, their lead vocalist’s ethereal and versatile voice grounds each track, no matter the style, in a way that brings cohesion without seeming repetitive. “Dark Doo Wop” flows into the album’s closing track, “Ash Tree Lane,” a much more upbeat and folky tune, better than it should because of their common thread: the vocals. Good thing MS MR has a female singer whose raspy, powerful voice I could listen to all day. 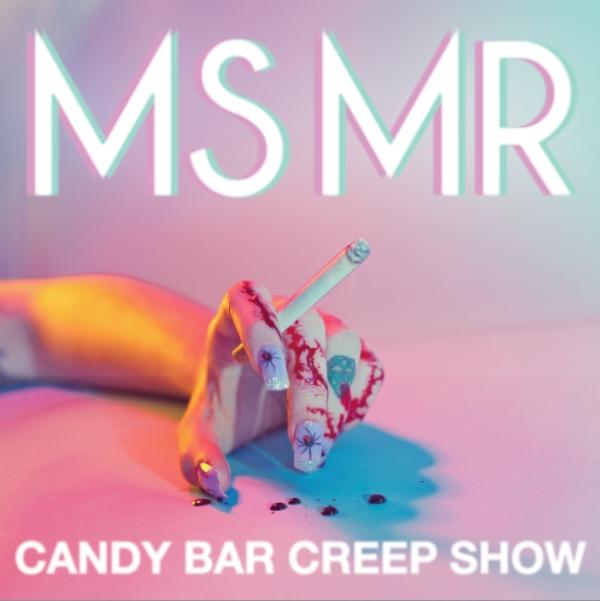