Formed in 1984, rock band Dinosaur Jr. is approximately four years older than I am, and their newest album, “I Bet on Sky,” makes it a nice, even ten more albums they’ve released than I have. It may seem absurd for me to comment on a band that broke up and reunited before I even hit high school, but I think they’ll overlook the incongruity since I (spoiler!) really liked it.

“I Bet on Sky” is a veritable archive of the history of rock ‘n’ roll, running the gamut from hardcore influences to more upbeat, punk styling. The album opens with “Don’t Pretend You Didn’t Know,” a quintessentially alternative rock track from its guitar-heavy melody to its raspy, distorted vocals. Dinosaur Jr. transforms these basic components—driving instrumentation and passionate vocals—over and over throughout the album. “Almost Fare” turns the distortion way up, channeling ‘90s grunge with its mellower, more somber sound. “Rude” is arguably the most upbeat song on the record, its buoyant ska-punk chorus worthy of oddly spirited foot-tapping. Though many of the tracks evoke different decades and different varieties of rock music, each one is unequivocally, undeniably Dinosaur Jr. Their knowledge, skill in and command of modern rock is unmistakable.

While Dinosaur Jr. shows their great prowess in navigating the different subgenres of rock music on “I Bet on Sky,” the band unfortunately seems to have no interest in progressing these established styles into new, unexplored territory. Pushing current musical boundaries shouldn’t be considered mandatory or an obligation for today’s musicians; a great album finds its greatness in being the most proficient and appealing in its sound, whether that sound finds its roots in traditional or avant-garde ideals. But knowing Dinosaur Jr.’s abilities, they could be the masters of any style they venture into or adopt or make up. It’s a shame the band didn’t try to conquer something new on “I Bet on Sky,” but that certainly doesn’t take away the fact that the album is consistently solid and fun. Here’s to ten more, boys. 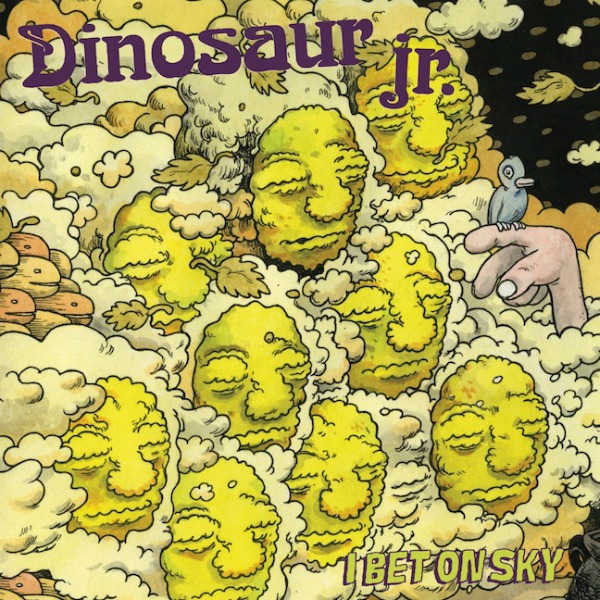