While Sky Ferreira’s musical past was mostly dance-oriented, her latest Ghost EP delivers a set of somewhat different, yet highly appealing tunes to the delight of varied listeners.

Los Angeles-native Sky Ferreira was surrounded and influenced by music from a young age, what with having a hairstylist mother whose client was none other than Michael Jackson himself. By the time she turned 15, her significant MySpace following—thanks to her appealing demos—had led her to Swedish producers Bloodshy & Avant, which ultimately culminated in a record deal with Parlophone records in 2009. Soon after, she appeared in Uffie’s “Pop The Glock” video, starred in independent drama film “Putty Hill,” and was featured in both American and European magazines. She released her tracks “17,” “One,” and “Obsession” as singles, with “Obsession” featuring in the first soundtrack album to the popular Vampire Diaries TV series in 2011. The same year she also released her first EP titled As If!

Sky’s second EP Ghost was released on October 16th, 2012 on Capital Records, and entails collaborations with Cass McCombs, Jon Brion, Greg Kurstin, Ariel Rechtshaid, and Dev Hynes. Prior to the EP’s drop date, the single and video for “Red Lips” were released in July 2012 and the ’80s dance-inspired video to “Everything Is Embarrassing” was released on October 1st, 2012.

While Sky’s first EP was mostly dance-pop oriented, Ghost is distinctly darker and grungier. And who better to bring out one’s rough edges than Garbage frontwoman Shirley Manson—co-writer of the rockin’, in-your-face “Red Lips”—with a provocative video to boot. Unlike her previous EP, the dancey “Lost In My Bedroom” stands out as the only electropop track of the bunch. Just as aurally touching are the lovely acoustic tracks “Sad Dream” and “Ghost,” in which the melancholy permeates, setting the stage for Sky’s beautiful voice to shine through.

The Ghost EP is highly fulfilling in its entertaining ability and aural diversity. The tracks channel different moods and musical genres and there’s a distinct sense that we’re seeing the more mature, less teenybopper-ish side of Sky Ferreira. If the Ghost EP is anything to go by, it’s likely that her full-length album I’m Not Alright—whenever it does drop—will both please long-time fans and generate new ones. 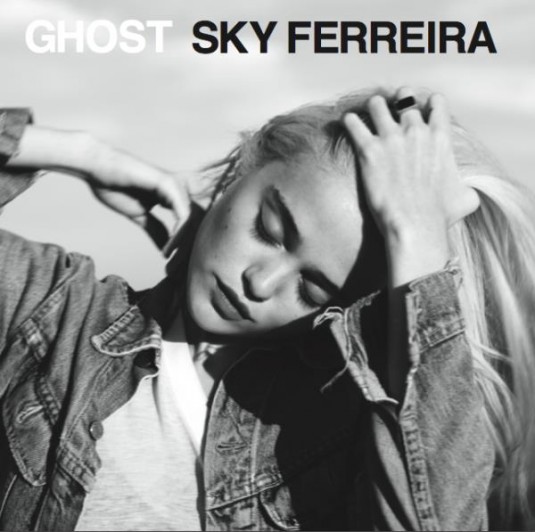