Chalk another one up for Canada. The Teenage Kicks do more rocking then kicking, and they sound a little more matured then a teenager, so despite their indie-electronica sounding name, the Teenage Kicks play some solid rock’n’roll. If you are trying to guess what they sound like, it might help to know that they’ve recently been spotted opening for Canada’s latest break-out group, The Sheepdogs. Not that they sound the same as The Sheepdogs just that they can sit comfortably in the same arena.

Be On My Side marks the second EP release from Teenage Kicks, but we have yet to see a full length album. Perhaps the Teenage part of their name comes from their short attention span and inability to sit in the studio long enough to finish an entire album. I’ve always seen the EP as either a bit of a teaser to an album that should shortly be released or a musical snack to keep us hungry when a band takes a hiatus between albums. Considering that the Teenage Kicks has no proper albums out, we can only hope that this EP is a prelude. However, the danger with a promising EP is that, like restless teenagers, we may get bored waiting and move on. Just a small warning to them (and apparently an upcoming fishing metaphor), they haven’t won us over yet, and shouldn’t take too long to reel us the rest of the way in before we are off the hook and move on to other waters. To be honest, their sound is decent and their groove is hot, but if the The Tragically Hip (One of Canada’s finest bands in my opinion) can’t make it big in the U.S then I worry very much about these guys. 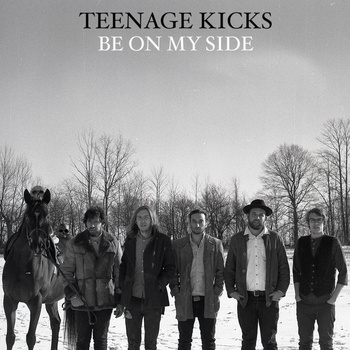