Get ready to relive the era of free love -brought to you by Dutch multi-instrumentalist Jacco Gardner. The 24 year old Dutch has been garnering great attention for his neo-psychedelic sound, culminating from the release of his single “Where will you go”. A Guardian’s “band of the day” profile quickly followed, touting him as the next best thing in music.

With Cabinet of Curiosities, Gardner’s first album, he makes a full-fledged statement to introduce himself as a music wunderkind. And boy have the music world taken noticed. The dozen track on his 2013 album is loaded with lush instruments, nuanced vocals, and a motif that is emblematic of a lewis carroll story. Save for the drums, he plays virtually every instruments on Cabinet of Curiosities.

On first track Clear The Air, one is immediately introduced to the style of Jacco Gardner. It lures you in like a welcoming haze, and the trippiness becomes more defined, more energetic. The musician has clearly perfected his skills on the vast instruments he employs throughout the album, but it’s his voice that’s equally captivating. It’s the full combination of Jacco’s vocals and his lyrics that contribute to the very uniqueness of the album. One Eyed King is a beautifully produced track, and there’s a way with Gardner’s calm vocals that lulls the listener, even when the songs climbs to its orchestral baroque-pop heights. Listening to Jacco Gardner’s pyschedelic 60’s-inspired album, there’s a noticeable Beatles-esque component with a tinge of Ravi Shankar in the mix. This is highlighted on Watching The Moon, where the spirit of the Sitar is apparent.

While the tune (and much of the album) sounds delightful -It’s not a fairytale record, it’s much darker than that. Cabinet of Curiosity conjures up plenty of whimsy, with the harpsichord carrying the album to its peak. However upon further listen, the album turns a bleak corner with its sound a bit more menace. The Riddle, Help Me Out or Lullaby are all worthy song of note for the macabre trajectory.

The album closes with The Ballad of Little Jane. The lyrics, about a forlorn girl who wishes to find her Mr.Right, tells a story so lurid that even Tim Burton would blush.

“Little Jane sits in the shadows
Waiting, looking out the window for her love
She might have to wait forever
On her own because he’s never at the door”

Jacco Gardner musical aptitude is well beyond his 24 years,and in fact one would think he hailed from the late 60’s judging from the influences on this album. It’s a great coronation piece to welcome a truly talented musician, and it’s not too far a stretch to call him one of the best acts to watch in 2013. 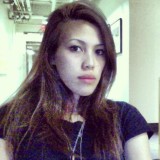 Bi would like you to know that her first name is pronounced like the second letter in the alphabet. She's a native Bostonian who yearns to acquire the coveted accent that has long eluded her. You can welcome her on the Twitter-verse by following @bibeeque.