Pop-punk had a great life in the early 2000s and its back, with a twist, courtesy of Canadian-born indie-rock Hollerado. The band’s third album, White Paint, combines a carefree, bittersweet lyrical style with an intriguing and comfortably indie level of musicianship to create a revival of pop-punk that is friendly today’s most disaffected of hipsters.

With a sound reminiscent of fellow Canadian indie staples Tokyo Police Club, Hollerado’s White Paint is young, loud and fun. Tracks are energetically led by lead singer Menno Versteeg, and filled out with exuberant echoing chants, supplied by remaining members of the band. Evidently, the band is aptly named — there is plenty of hollering abound. Meanwhile, lyrical stylings range from the curiously philosophical, (“At the end of time and space/who will remember the human race” from “Don’t Think”) to the almost-laughably adolescent (“Desire, it’s just a chemical/it comes and goes it comes and goes” from “Desire 126”). In this respect, the band is largely reminiscent of pop-punk heavyweights of the previous decade — one can just as easily imagine Joel Madden of Good Charlotte posing the same questions or bemoaning the same emotions.

It might be trivial and tiresome if it weren’t done so creatively. Hollerado manages to put a spin on the same tired tropes of this brand of music by pairing them with instrumentals that do not disappoint. They come fast and hard, loud and perfectly timed, seeming to serve as a reminder not to take the band so seriously. Even when the band slows down halfway through the record, it does not lose steam. This lends to a certain level of self-awareness that I don’t think pop-punk ever really had, which probably led to its downfall. Hollerado is saved from this fate, combining the sentiments of pop-punk with the musicianship that is evermore valued today. As such, White Paint is a record that just might end up filling the Simple-Plan-shaped hole in every current 20-something’s heart — from one Canadian music staple to a band that may one day become another. 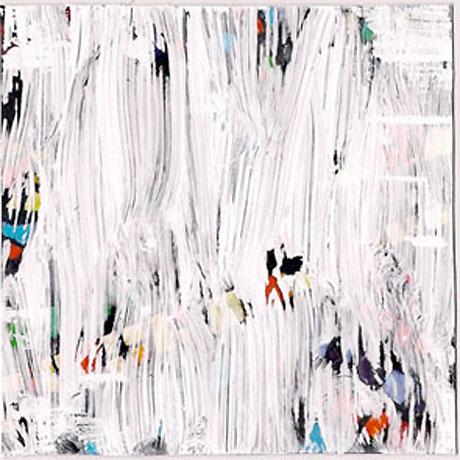