In the dark, ominous musical realm of Heavy Metal, I am admittedly, only a sightseer. You might say I’m a softcore “hardcore” appreciator, or that I only collect precious “metal,” or even that I’m a light “heavy” listener; however you put it, the gist of the word play amounts to me being a mere scrapper among real metalheads. That said, I’m no virgin either. I’ve made it to second or third base, depending on who you ask, and I’m definitely not so prude to opposed the idea that music can healthily, and effectively be a compelling medium to express anger, sorrow, general dissatisfaction, or even apocalyptic narratives literally hell-bent on emphasizing everything dark and otherworldly. I’ve crowd-surfed (though that’s traditionally more a facet of hardcore punk), I’ve head-banged (which it’s own respective sub-genre in the heavy music department), and I’ve damn well moshed, thrashed, and slam-danced my way to the front of many a show, while bruising many a limb, and pushing my body to the utmost limit of exertion.

Throughout my occasional yet recurring half-assed metallurgical inquiries, I’ve found a tried and true fistful of anti-social noise that I can rely upon to make me feel much worse about a bad day (in a good way, however that works), but as of late, I haven’t found myself needing much more then that. Luckily for the intriguing grind of dark noise coming from Virginia based metallic psyche band, Inter Arma, occasional metal users like myself won’t need silly excuses like catatonic despair, emotional catastrophe, politics, or reality television to prompt them to seek a new vehicle for moral deprivation.
Sky Burial, Inter Arma’s furiously packed 70 minute sophomore album drearily blends a bountiful spectrum of metal genres to arrive at a sound that is seething with dark emotional force and apocalyptic fervor. Marking a debut release under the bands new label, Relapse, the five piece heavy set out of Richmond are concocting a plethora of hellish noise spanning chasms from thick, sappy southern Americana sludge, to dirty psychedelic stoner sludge, to doom, hardcore, grind, and black metal. Between Inter Arma’s lack of concern for genre’s, and the sheer level of noise and energy they summon, it is obvious why they have garnered such buzz among the dark circles of heavy music enthusiasts.

The first four tracks alone encapsulate nearly 35 anxious minutes of nail-biting clamor, beginning with opening track, “The Survival Fires.” Screeching vocals saturated in reverb echo above deliberately dense death riffs, while thunderous percussion tempo’s fall disorientingly in and out of pace. Like much of the songs, the opening track runs over ten minutes, and capitalizes upon lengthy transitional arrangements that allude to a nihilistic narrative perspective, and a unique sonic tension arising from dense layers of noise, and grinding contrasts in tempo. Tracks two and three, “The Long Road Home (Iron Gate),” and “The Long Road Home,” form a melancholic medley, offering a moment of respite, and evolving into a spacious atmosphere of acid infused acoustics that chart Pink Floyd waters. “Destroyer,” picks up the chaotic pace once again with a slave-drive drum beat, and repetitive chord structures that induce heavy head-bobbing, before eventually evolving into another 10 minutes of thrashing.

Sky Burial is both enduring, and expansive; within a genre that generally plays out as an intentionally chaotic frenzy of noise, Inter Arma is accomplishing something unique  by demanding so much attention in their arrangements. The first half of the album offers enough thrills and contrast to keep curious listeners around, but by the time the album hits track 5, “S’blood,” the sprawling compositions start to become more tedious then engaging. For a band liberally exploring several genres of metal, the sound still never finds a moment where it couldn’t be readily classified as heavy, if not full on metal.

I don’t doubt that the full-time metal grinders will have no problem consuming Sky Burial’s meaty 70 minutes of despair like flesh off the bone, but the occasional listener might not be as inclined. Either way, Inter Arma is without a doubt, crafting a unique style that will leave an infectious gash upon the metal genre as a whole, and they are definitely a pioneering force of sound worth checking out. I implore the part timers and even the mainstream music lovers to step outside your comfort zone for a minute, and immerse yourself in a physically charged celebration of angst and suffering. You might not like it in a conventional sense, but heavy haters out there need to quit being whiney hippies, and remember: it’s healthy to vent. 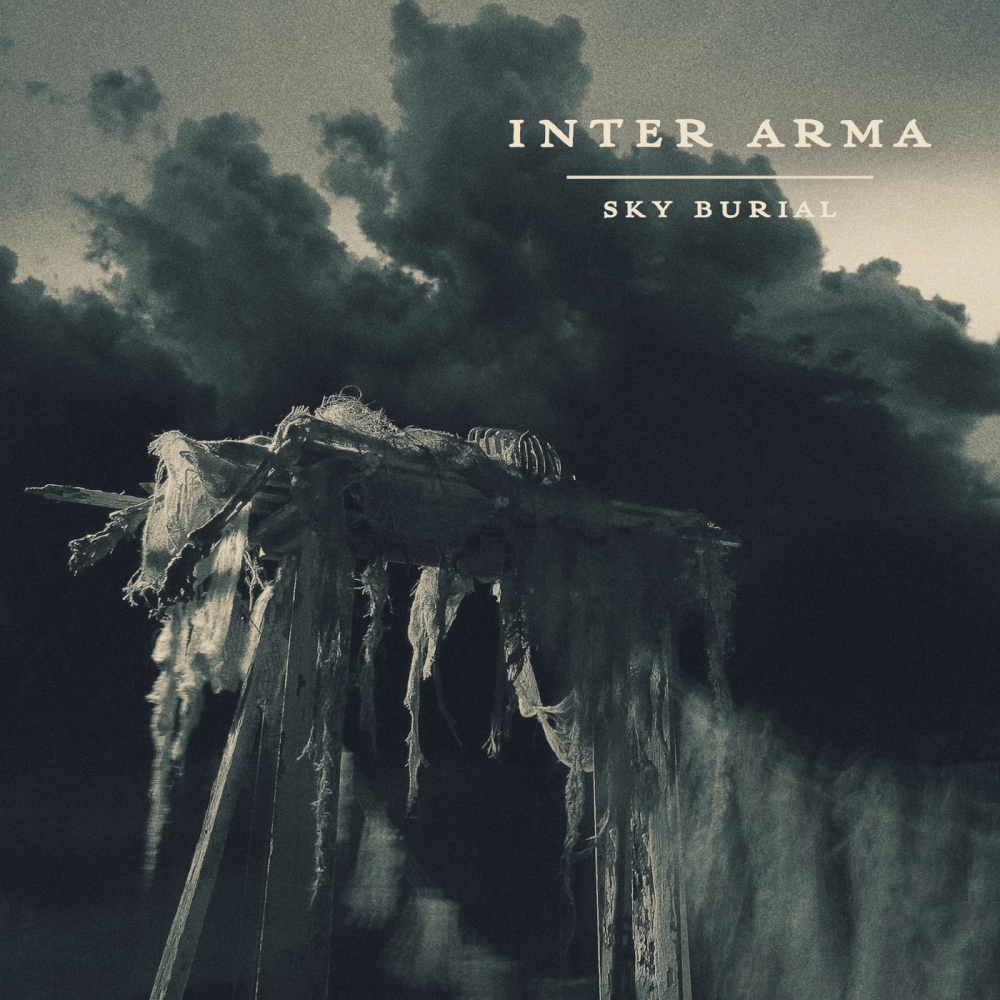