On Ultramarine, Young Galaxy proves they are still capable of warping your mind with rhythmic and intricate instrumentation and electro-pop soul. Two years after their career shifting release, Shapeshifter, the Canadian quintet sounds stronger than ever. The group returns with the same producer from Shapeshifter, Dan Lissvik of the Swedish duo Studio. Although this time Catherine McCandless has taken over the sole responsibilities of the lead vocals, a role previously shared by husband and fellow band pioneer Stephen Ramsay, who now focuses on guitar.  The result is that Ultramarine turns out to be the group’s highest achievement to date. Ultramarine echoes with a resonating beauty which is presented in a thought provoking way.

“Pretty Boy” is the first single, the first song on the album and the strongest track. Solid songwriting is matched by precise, nearly meticulous production.  McCandless starts the journey with the ominous lines “when we were lost we found each other and headed sightless for the city,” later saying “I don’t care if the dis-believers don’t understand, you’re my pretty boy, always.”  The energy is high and the synths swirl; headphones are highly recommended. The dynamic, tribal sounding drums displayed on the next track, “Fall For You,” offer good opposition to the digital oblivion.  A euphoric party ensues as McCandless chants “if you need a guide, I’ll light the way, the beat is yours so let it play.”

The third heavy hitter, “New Summer” comes next. As beats cut through oo’s, the creative space sounds reminiscent of Lana Del Ray’s Born to Die, mostly in the range and feel of the song, though vocally, McCandless sounds more Victoria Lagrand of Beach House with her luxurious and chesty delivery. Young Galaxy sounds playful thoughtful, poppy and ominous all at the same time. If it were not for a slight dip in the action, Ultramarine would be on par with the electronic greatness M83’s Hurry Up, We’re Dreaming, or MGMT’s Time to Pretend, but a few tracks in this middle section makes it impossible for it compete on that level. A few solidly melodic yet forgettable tunes are filled out and kept interesting by some choice lyrics and creative production. On “What We Want,” McCandless maturely points out “I don’t need authenticity to make me more like me.” The somewhat funky “Out the Gate Backward” features a raggedy sounding piano which nicely mixes things up.

They turn the heat back on with “In Fire,” a personal favorite. Synthesizer rips through in a rise and fall fashion as the rhythm drives and pulses. The chorus is creative and alive, adorned with oriental chimes. Entertaining production keeps every repeat listen worthwhile.  Another strong track is found in “Sleepwalk With Me,” where a touch of beautiful surrounds the entertaining idea of sleepwalking as a shared activity in order to watch the sunrise.

Young Galaxy seemingly enjoys stretching the listeners’ imaginations to their collective limit. Production-wise, Ultramarine is a shining achievement and David Lissvik deserves the band’s seventh (or sixth) player award. The band’s talented instrumentation is also a welcomed gift. Overall, Young Galaxy’s atmospheric themes are very befitting (of their band name) and it seems can only be brought back to earth by Catherine McCandless’ relaxed lyrical delivery and intelligent lyrics. Expect to see this one on some year-end lists and to hear “Pretty Boy” in your head all day after one listen. 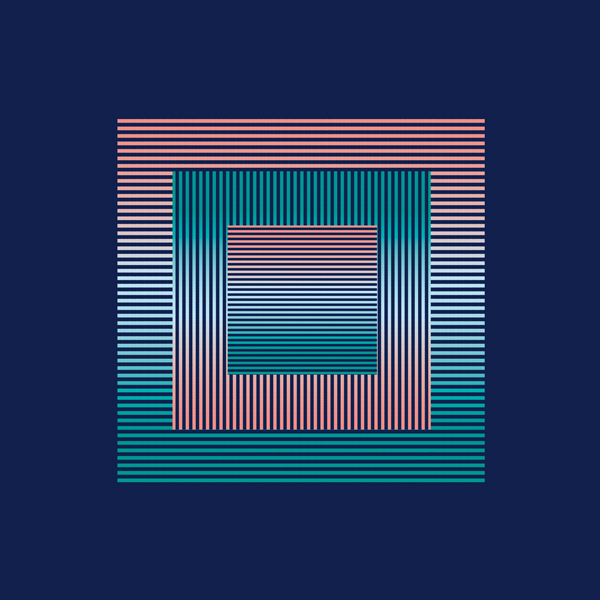