Every so often a record comes out that firmly separates the men from the boys, and Goat’s World Music is one of them. In fact, it may be the one for all time.

Any review of this record would be remiss in not at least touching on Goat’s purported origin story. The band hails from Korpilombolo, a town in Norrbotten County, Sweden, with less than 600 residents. Korpilombolo has a long history of voodoo tradition, supposedly brought there by a witch doctor led to the village by a hidden cipher. After going undisturbed for a long time, the voodoo practitioners were driven out by the Christian church and subsequently placed a curse on the village. According to the band’s website, “the power of the curse can be felt throughout the grooves of the Goat records.”

Goat is less a band than it is an entity…or perhaps even an energy. It is a self-proclaimed collective that apparently began decades ago in a commune, where the band would play epic hours-long jams, almost entirely improvised. So with a fluid and dynamic lineup now purported to be composed of more than 20 members, there really is no Goat. There are very few actual names to whom we can attribute this music (none listed on the record), and the band plays live in elaborate costumes and masks. If Goat’s origin story is to be believed at all, many musicians have come and gone, perhaps lived and died, over the ensuing decades between the band’s formation and the release of 2012’s World Music, Goat’s first full-length.

Even crazier, Rocket Records, Goat’s UK label, had been in cursory talks with the band about doing the record. Goat had casually agreed but then fell silent, prompting fears that they had had second thoughts. Then the World Music album showed up in Rocket’s inbox…professionally recorded and fully mastered, as if by some act of conjuring.

People are calling this psychedelic rock, and I suppose in some way it is. But really this is totally unclassifiable, which is a beautiful thing. There are times when this sounds like the best moments of Funkadelic…and others where it features polyrhythms and sounds like an afrobeat freakout or some sort of doom trance that’s not going to end well. Regardless, labels are unnecessary here.

The record kicks off with its only cover, “Diarabi” by Boubacar Traore, a Mali-born musician who himself has made music for decades that incorporates myriad styles, from American blues to West African pentatonic. The original is good but relatively slow and acoustic. Goat turns the same song into a multilayered wall of fuzz, electric guitar, and polyrhythmic beats that serves as a proper introduction to what follows.

The next song, “Goatman,” introduces the goat as concept. An anonymous member of the collective has said the goat is “a symbol for surrendering your individuality to the greater good of the group, the collective. A kind of sacrifice.” There is a sound bite at the beginning of the song that seems to support this, saying, “There is a Creole expression, ‘to walk together.’ Where life is hard, people depend upon and help each other so that man may pray together to praise the same moral principles and together reaffirm them.” The idea of the worldwide collective. The goat is also widely used as a magical trope in Scandinavian culture, sometimes even having control over the devil.

“Goathead” follows, beginning with a repetitive and ominous bass line that gives way to screaming guitar and what can only be described as tribal drums. One may mistake the haunting layered female vocals for a result of studio overdubbing, but if their live show is any indication, Goat (at least some incarnations, anyway) has two female vocalists who manage to perfectly harmonize their voices on this and other songs.

“Disco Fever” is a song that could make a Lutheran minister dance on Sunday morning. Again, driving polyrhythms made with a standard kit coupled with tribal drums. Alongside that are a repeated guitar riff and almost hypnotic, detached female vocals. This song takes the guitar and drum parts of American funk music and elevates them to a new plane. If this song doesn’t make you shake your ass, you’re made of stone. “People keep dancing…into the early dawn.” Indeed.

The hottest track on here, as far as I’m concerned, is “Run to Your Mama.” This song perfectly encapsulates the menace and aggressive sexuality that Goat seems to effortlessly command. It opens with a frightening guitar track that cuts like a straight razor, and below it rolls the sound of driving Indian percussion reminiscent of tablas. The percussion smoothly becomes two guitar notes played in rapid succession, over and over, forming a rubberband-elastic drone. The female vocals that have been largely benevolent until now become downright vicious, beginning with an icy “Ha!” before belting out, “Cool me with the rain/Boy, you better run to your mama now/Lightning in the sky/Boy, you better run to your mama now.” It’s a merciless taunt, a sexual challenge of sorts that simultaneously evokes the urge to flee coupled with a contradictory and uncontrollable need to wander forward in a trance state, into unspeakable darkness or eternal pleasures.

Pick this one up with the quickness, and buy it on vinyl! There is a seemingly endless palette of colored wax, in varying degrees of limited availability. And the die-cut cover that allows the patterned inner sleeve to show through is a work of art unto itself. 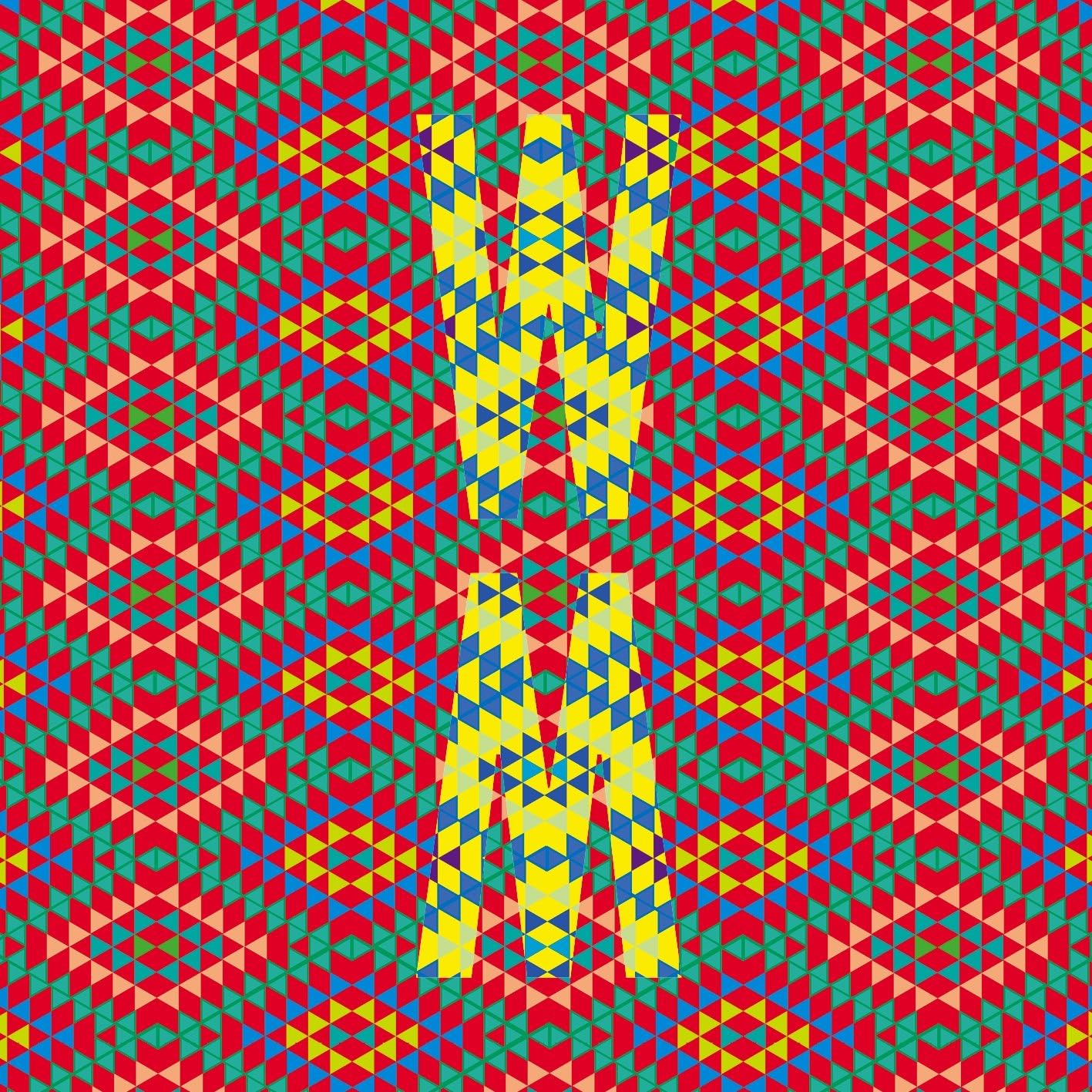