The Boxer Rebellion have released only four albums across the span of their twelve year career but Promises, the most recent release by the London-based alternative rock band, is by far their most accessible release. With a new found expansive, arena rock  sound that is reminiscent of U2 or Coldplay, the Boxer Rebellion show remarkable restraint when it is called for and yet manage to reach the crescendoing peaks they aspire to several times throughout the album. “Diamonds”, the album opening track is a glossy, well polished and depressing pop tune that is indisputably one of the standouts for the album. Following tracks have difficulty reaching the same level of pop catchiness as “Diamonds” but show distinct strength and the majority are at the very least, listenable.

For fans of vast ethereal rock like Jonsi, Sigur Ros, or the first six tracks of Promises, the album takes a distinctly jarring turn on the seventh track and arguably the standout track on the album, “New York”. Pounding tribal drums assault listeners over a delicately understated keyboard part, swelling to a huge climactic finish that serves as the bridge to the back half of the album. Undeniably different from tracks one through six, the second half of Promises holds tracks that could deceive more than a nary listener that the two sides were in fact different bands.

“Safe House” is a blast of concentrated rock, clashing cymbals, bombastic guitars and wailing singer and all. When the four members fall into sync in an amplified bliss that carries listeners along a wild ride and it is extremely evident that the band paid great attention to even the most minute detail on Promises. Where the album especially excels is in it’s role as a studio album that tries its damnedest to capture the feel of a live show, fireworks exploding above the stage and the arena echoing with the last chorus. Comparisons to U2 are inevitable considering the ample prowess that the band demonstrates at controlling an explosion of sound and emotion. “Dreams”, the second to last track on the album carries a feel that can only be described as epic. Through the combination of the polished English rhythm section of bassist Adam Harrison and drummer Piers Hewitt, an indisputably atmospheric feel is created that seems to carry the reverberating guitar of Australian Todd Howe and the yearning voice of Tennessee native and lead singer Nathan Nicholson across some vast, imperceptible gap to comfort listeners.

As a whole the album is strong and although it may take a few listens, it is absolutely worth the experience. The Boxer Rebellion have created yet another album with great commercial and artistic merit. Don’t be surprised if the currently independent band is soon a name you become familiar with. 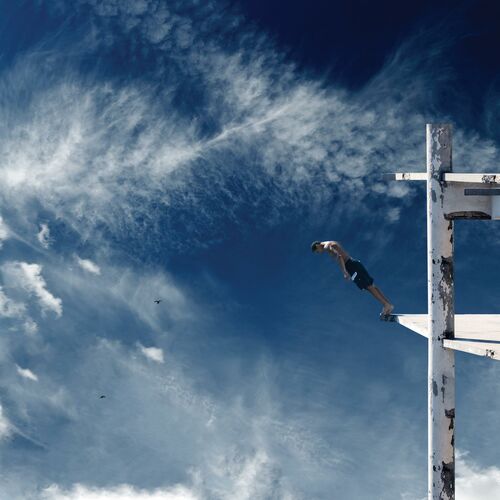 Ross Perkel is a recent transplant from Madison, Wisconsin dropped into New York where he attends university. He has a demonstrated fondness for kites, paper planes, and has trouble talking to pretty girls. His largest current project is the growth of his first beard.