The music that they make seems to be doing what it can to battle the bare-bones web presence of French band Deluxe. Signed to French label Chinese Man Records, you will quickly fall in love with their fun sound. The mix of jazz, funk and hip-hop feels very current, and laced with samples, swingy melodies and catchy beats, you’ll find that their music is at once original and easy to listen to.

The five-piece outfit just released a four song EP following their 2011 effort, “Polishing Peanuts,” and ahead of a record set to come out in September. It consists of the title track, “Daniel,” the catchy and unapologetically feminine “Bleed On” and “Pretty Flaws,” which is also remixed as the fourth track. All in all, it’s an enjoyable 15 minutes or so. But, in addition to that, it’s demonstrative of the band’s impressive range.

“Daniel” features the British-born MC Youthstar, who is arguably best part of the track. He provides the introduction, as well as primary rap verse, welcoming listeners to “the Deluxe Family Show.”

That’s not to say that the verse and soulful chorus from the band’s vocalist Liliboy are not worth hearing as well. It’s easy to see where comparisons to Amy Winehouse could be made—except Winehouse couldn’t rap. The juxtaposition between the two gives the song dimension. The track is catchy and danceable, and with a piano introduction like that, it wouldn’t be surprising if they opened their album with it as well.

Next up is “Bleed On,” a soulful and upbeat song that laments the female affliction of PMS, among other issues. True to the group’s character, it has a fun introduction, catchy chorus and killer horn interlude that makes it impossible to forget. It’s clear from the subject matter that they’ve got a sense of humor, but don’t worry guys: the song demonstrates musical prowess more than it exposes you to gross girl problems.

Last is “Pretty Flaws,” an understated and slow track with an R&B feeling. It builds to something really beautiful by the end, and even holds up when remixed by Chinese Man—who added a dubstep beat and a few dozen samples but didn’t change the tempo much. The softness enables the listener to really understand the underlying talent here. The song is just pretty, without the carnival of background noises the group is typically known for, and it works just fine.

Deluxe has a busy summer ahead of them, playing a number of European festivals in preparation for the release of their first full-length album. If these three songs are any indication, we should be excited for what’s to come in the fall. 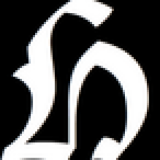 Heather Potts is a Boston-based writer, comedian and music fan who also has a real job.