Over the years, I have tried to dip into different genres of music that would stimulate different forms of thought in terms of energy and lyrics. From time to time, I would come across some music that I completely could not understand. I would have to confess that Her Parents newest album Happy Birthday was an absolute swing and miss. The rebel music that began to mix with punk rock early in the 90’s has evolved since that time, and screamo has came through those cracks. It’s not that I don’t see where Her Parents are coming from as musicians. I just can’t get caught up in a song and feel the energy of what is being put out.

The song progressions are one positive for the album. A couple of the songs have decent riffs to them when they aren’t matched up with with screaming lyrics. Lithuanian Mercedes is a song that sheds light on the project. Other than the one song on the album that I could put up with, it was pulling teeth for me to play it as background music. The song titles give the style of the music away. “Why Don’t You Go Fuck Yourself” and “Cunt Dinosaur” push the rebel style. I don’t mean to knock the screamo style and any expression of music but this piece is meant for a specific group. It’s unconventional to say the least. If you liked the Tony Hawk Pro Skater sound track, I would give this one a listen. If you would like to hear the lyrics of what you are listening to, keep moving onto other musical ventures. 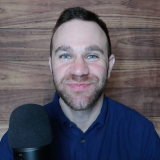 Living in Austin, TX the world for music that I see is much different than what I am used to. The love for live music still exists in this Texas town and I plan on finding out as much as I can about it. I listen to all types of music but primarily classic rock and Oasis, as well as country and some hip-hop.