Roddy Doyle might just love Jesper Munk. Not his music, necessarily, but the very idea of him as an artist. Munk’s debut, titled somewhat forebodingly For In My Way It Lies, finds itself trying to settle the unfamiliar territory of German Blues, a genre of music that sounds like a throwaway Dwight Schrute joke. In other words, Munk is Germany’s version of The Commitments.

In Roddy Doyle’s 1987 novel The Commitments, the then budding Irish author humorously chronicles a group of lower-class Dubliners’ attempt to make it big as a soul band. The joke, or at least what on the surface is a joke, is that the “chaps” get this idea to play soul by watching a drunken singer warble into a microphone at a wedding, drawing brilliant if unsubtle comparison between lower class Irish culture and lower class black American culture. There was a level of repressed pain in 60s soul music that both groups, though never actually interacting, connected with on a powerfully deep level. Doyle used music to finally crack open the Irish consciousness for the world to see.

On For In My Way It Lies, Munk is less interested in drawing on influences to tell his own story than he is in simply paying tribute. There’s nothing wrong with giving a nod to B.B. King, but there’s also nothing particularly imaginative about it. Lies is more an introduction to blues than anything else, a cursory education for those unfamiliar with the genre. You get the feeling that, with a young, marketable blonde dude playing these moody riffs, this might be the first time a lot of Germans will be interacting with blues as a popular genre. If this is the case, he’s definitely not the worst tour guide.

By simply following the blueprint, Munk could end up being the link between German pop culture and John Lee Hooker, but it’s probably more likely that he’ll steer his countrymen towards The Black Keys. His scope is too large to make For In My Way It Lies the nostalgia machine it clearly aims to be. Though clearly recognizing the cathartic aspects of blues arrangements, there’s also a part of Munk that yearns to morph those pristine sounds into something that sells, something like The Red Hot Chili Peppers, something that causes ripples in the lake. In the end, he sounds stuck somewhere in the middle, but songs like “Blood or Redwine”, his most Chili Peppers emulation that borders on Pearl Jam grogginess, ultimately upstage the reserved, unassuming homages like the meticulously paved over “Seventh Street”. For now, Munk should stick to being a tribute act. 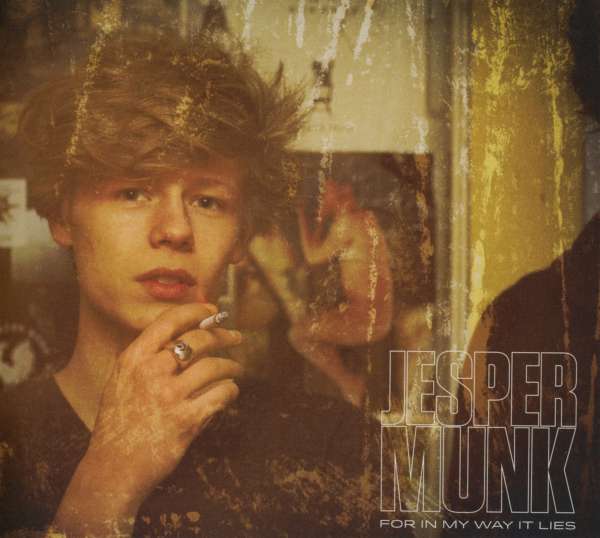