Emerging from the early 2000’s surge of emo scenesters and awkwardly booked shows of hardcore breakdowns one minute followed by the inevitable lacrimal acoustic whining comes I Can Make a Mess’ (or I Can Make a Mess Like Nobody’s Business for the purists) new album Enola. Luckily they present a matured evolution of past trends and mistakes. Unlike many bands who find a scene and feed their incestuous feedback loop of fan service until nobody is left but those two girls who drove 100 miles to see their new crush and fill up on merch, I Can Make a Mess (ICMAM from here on out) is at least trying to craft something more relevant.

Not trendy necessarily, but modern for sure; deep bass and synthesizers make routine appearances as well as more abstract studio effects. However, they still retain their vulnerability as even when you think its time for a cathartic freakout there is always some element kicking around the mix to keep things from being aggro or intimidating. Their softer nature is no surprise given that ICMAM is a side project of The Early November, infamous for their pop-punk/emo musings near the turn of the millennium. Given that the genres primary draw is typically the singer and not the typically simplistic backing music, it should be a good sign that ICMAM is a child of The Early November’s front-man Author ‘Ace’ Enders. He does a good enough job wailing out his woes in a pleasant fashion, although these days its impossible to tell from a recording the real talent of a vocalist.

Ace seems willing to break out of conventions to the best of his ability, although the end result on Enola is not exactly all that different from what he is presumably trying to avoid. After a few tracks its pretty easy to see where the rest of the album is going. The backing music may have evolved the singing is still decidedly pop-punk and emo in style. What we get could be interpreted as just another expensive stay in a studio tweaking songs in artificial ways, or an open minded take on a dead genre. Probably a bit of column A and column B. Its always appreciated for musicians with a legacy to respect their fans wishes while guiding their sound in a new direction, but history has shown that more often than not the direction a band past their prime wants to go can be a bit….indulgent to say the least. But who cares, right? If its good its good, and indulgence has also paved many roads to fortune in the realm of music. It should be a good sign then that, at least temporarily, ICMAM has avoided these pitfalls on Enola and have used their instincts quite well in deciding how the songs are crafted in more than just the music itself as its produced extraordinarily well.

Once again I’m wondering how much of the fancy studio toys will make an appearance in their live show or if the expensive production techniques really were just used “because they could” and not just a part of the natural recording process. Regardless, this is a must have for fans of pop-punk and emo and anyone else who is curious what happens when a pop-punk band moves on with their life. 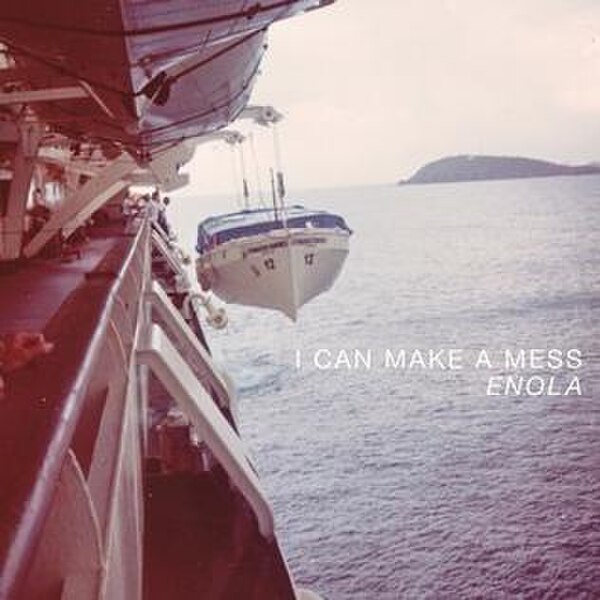 Keith is a writer, guitarist, and hobby producer out of the Greater Boston area.