The Memories are a sun-soaked, dreamy power pop band based out of Portland, Oregon, sharing members with the punk outfit White Fang. Their most recent release (on Burger Records, a label with an impressive repertoire, to say the least) Love is the Law features seventeen songs to the tune of short and sweet. Simplicity, then, is the key stylistic element. The bare-bones guitar riffs supplement lyrics that stick to talking about girls and weed. Sound easy to get into? Transparent, almost? That’s absolutely right.

Simplicity should never be interpreted as a flaw. Some of the most beautiful songs ever written have been created on the foundation of just four chords (and sometimes even less). What The Memories have going on Love is the Law is a prime example of what critics and music dorks alike refer affectionately to as “slacker pop.” Not to be confused with actually lazy songwriting (and make no mistake, the lines can often blur), the songs are crafted in such a way that would inspire visions of the band members sitting together in a cramped apartment or practice space thick with pot smoke, banging out these songs in rapid succession. The lyrical content seems to be hastily concocted, scribbled on crumpled scraps of paper salvaged from old notebooks and the backs of fast food receipts. With this comes a certain charm that many bands try to emulate, but few are successful in.

Standout tracks on the album include “En Espanol,” “You Need a Big Man,” and “Go Down On You.” With the song titles as straightforward as they are, the feeling of the album is easy to pin down. “You Need A Big Man” is entirely absurd, which makes it a great (albeit questionable) addition to the album. The lyrics are lewd, childish, and terribly tongue in cheek, with a hummed vocal part in lieu of a guitar solo. In a strange way, it sort of embodies Love is the Law. It’s respectable pop without taking things too seriously. This is a fun listen above all else, and easy to immerse oneself in. The attention to sound and atmosphere, appearing in short bursts yet leaving an impression on the album as a whole, make the record that much more substantial.

The overall impression to be drawn from Love is the Law is face-value: what you see is what you get. It seems like common sense, or even lackluster to a certain degree. There is no package here, nothing to be sought after or understood. No big picture, no pretense, just a collection of summery, jangling pop songs. And sometimes that’s all you need. 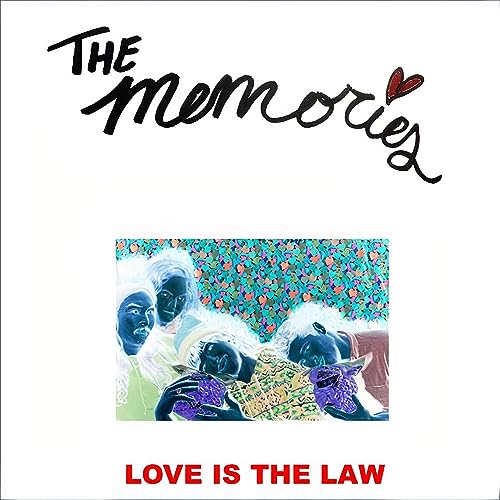