In an era of digital immortality, where news articles, blog posts, Facebook accounts, and even IM conversations last forever (long after they’ve been “deleted”) in an incomprehensible, almost mythical online-cloud, it’s hard to conceive of an album ever going “out-of-print.” But once upon a time (not so long ago) when owning a record meant having something you could actually hold in your hand, caress, scratch, or destroy by throwing it out your window in a fit of rage, The Unanimous Hour, Lungfish’s eighth album, did go out-of-print. Now, Dischord Records (the highly-regarded D.C. record label founded in the 1980’s by Fugazi’s even-more-highly-regarded Ian MacKaye) has remastered and re-released the album that was originally recorded in 1999.

When Lungfish rolls, they roll deep. They’re one of the only non-D.C. artists that Dischord has been loyally and repeatedly committed to over the years, Ian MacKaye has been known to personally guide their recording sessions, they’ve had songs covered by Joan Jett, and almost anywhere you go you’ll find a still-devoted cult of Lungfish listeners despite the fact that the band has essentially been defunct since 2005 (after recording no less than 11 albums).

To love punk and hardcore, and not love Lungfish is like loving to eat, and not loving pizza. While, it’s not impossible to break down The Unanimous Hour, and find its bass-lines repetitive and zestless (like marinara from a jar), or wince as the strained, monotonous vocals of Daniel Higgs drag across each song with irritating insistence (like mozzarella you can’t bite through or chew), or wonder what would be wrong with a little variety of flavor from the chords (why always cardboard-dry pepperoni?), expressing these opinions won’t make you popular amongst friends—it will make you strange. So when you’re invited over to listen to the new Lungfish album on iTunes and have some dinner, instead of suggesting falafel, or recommending an alternative pizza style (“BBQ chicken sounds good!”) try to remember that Lungfish (like pizza) has some serious fans, and a few redeeming qualities. The Unanimous Hour is still music after all (and pizza is still food), and if you get drunk first you can listen to (and eat) anything, so bottoms up. 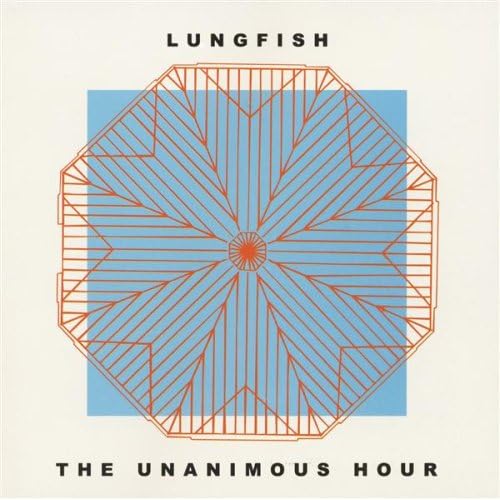 Listening to Evening Tapestry, the latest album by the Philadelphian band Brown Recluse, is going to cure you. Maybe you’ve got the mid-summer blues because, like me, you live in Seattle where summer ends before it begins, or maybe, like me, the new romance which seemed so promising in mid-April has already taken an inexplicable nosedive, or maybe you’re broke, like me, and you work a soul-numbing minimum wage job, and you’ve got a car to fix and a bike to repair and creditors that seem to live inside your phone. Evening Tapestry is such a surefire cure-all that I wouldn’t be surprised to hear it had single-handedly convinced cancer to self-destruct.

Not only has Brown Recluse created an album that refuses and bans all causes of sadness, but they’ve done so by first confronting the most sadness inducing reality of all: death. The opening track, Hobble to Your Tomb, doesn’t sound promising as a mood buster, and lyrics like, “The waltz you lead is a savage one indeed, and you were born with two left feet,” don’t exactly inspire faith. But you’re being set-up. Evening Tapestry is like a good friend who knows that before they can help you feel better they need to, light-heartedly, embrace how horrible you feel. The second song, Impressions of a City Morning, which functions as a sort of fresh-start by breezily describing the world waking up against the back-drop a solid bass line and some happy strumming, is like a cold splash of water in your dreary face.

Once you’re awake, the remaining songs—none of which have lyrics too laden with meaning, and almost all of which refer to the weather or nature or the moon—will make you feel like you’re floating, blissfully stoned, down a lazy river in an inner tube. It’s psychedelic-rock at its most satisfactory, dragging you away to a happy space outside of yourself where everything is kind of groovy. The closing song, March to Your Tomb, echoes the change that will have taken place after you’ve listened to the entire album. Once you hobbled, but now you march. Evening Tapestry is the perfect album for summer, even if yours is going swimmingly. 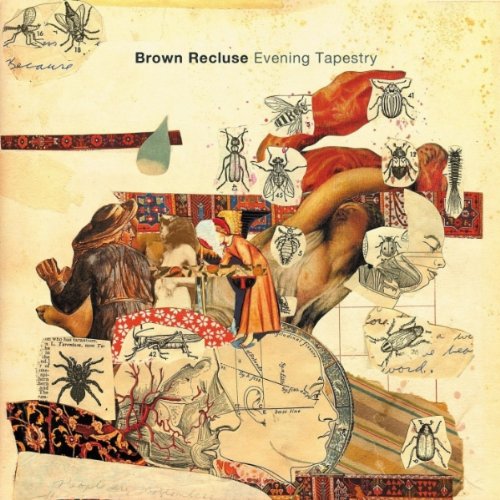 It’s easy to like the idea of WU LYF (World Unite! Lucifer Youth Foundation). The four man band may actually have more talent for creating mystique than they do for anything else. Until the recent release of Go Tell Fire to the Mountain, they withheld their identities and the name of their band manager from the press. A visit to their website renders intrigued individuals befuddled: no photos of the band, no tangible information about its members, the background flashes with images of police in riot-gear and citizens revolting, and there seems to be an actual non-profit associated with their music, but the descriptions provided read more like a passage from William S. Burroughs than any band or charity bio. Even their Wikipedia page has been repeatedly deleted garnering mouth watering interest from the press. Add the fact that WU LYF actually turned down offers from record companies and chose to produce their first full album themselves, and boom: cult-status fame granted.

The band recorded the album in an empty church instead of a studio, and while this location proves atmospheric and acoustically satisfying, it also creates an undesirable distance between the listener and the music (undesirable to the listener, not necessarily to the band) making the already incomprehensible vocals evermore impossible to decipher. Do we need to know the lyrics? Not necessarily; the singer’s projectile howling rivals some of the most passionate punk vocalists I’ve heard, and although unintelligible, comes across as a rousing call to arms.

The instrumentals take an almost entirely different track. They’re complex and engaging with warm welcoming organ tones. Ultimately, this is where WU LYF is most successful; at times it sounds as if there are two distinct bands playing the same song in unison, and the dissonance between the vocals and the instrumentals can be so satisfying that it makes no difference when one song bleeds into the next without much distinguishable change in anything but pacing. In some ways, the album can be listened to as one long song, a gimmick, which I think WU LYF might want to consider for their next album, if they hope to maintain the hype. 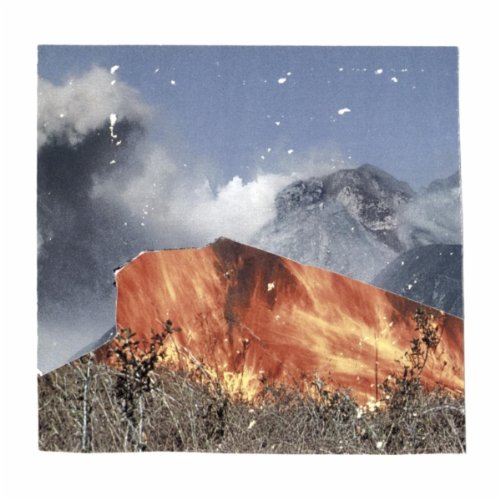 Rachel Taylor Brown’s new album, World So Sweet, takes it’s name from a popular Christian children’s prayer and many of her song titles (Intro (Sweetness On Earth), Mercy in Nebraska) echo that Christian influence. Even the name Rachel is biblical. So, there’s nothing about a quick glance at her new album that will prepare you for the kind of music Taylor Brown actually writes or performs, and even more disconcertingly, there’s nothing about a quick listen that will immediately catch you off guard or strike you as contrary to the assumptions you’ve made at first glance. You’ll be impressed by her complexity, sure. Maybe you expected something simpler or consistently melodic, and maybe you didn’t expect her second track, Sister Jean, to rock quite so hard.

Not until the eleventh, Mercy In Nebraska, does it becomes unmistakably apparent that something dark and complicated is afoot. She sings, “Bring your burdens to me, leave your worries, and comfort yourselves,” lyrics which seem innocuously Christ-like until she rages, “You gave us woman for fucking, but goddamn the price that we pay.”

Go back and listen through the tracks, Taylor Brown is tricky, and if you’re not paying close attention, some of her most incisive songs (How To Make A World Class Gymnast and Didymus The Twin v. The Divine Sparkler) actually sound like hymnals. You’ll discover that she is of that unique breed of pop-rock musician who has something substantial to say. Her sharp insight focuses on society and culture—especially children, and her most successful songs refer to real-life tragedies. Sister Jean, is actually the story of Janette Maples, a 15 year-old Oregon girl who eventually died of abuse and neglect, and Mercy In Nebraska is a cunning criticism of Nebraska’s Safe Haven Law, which disastrously permitted hundreds of parents to abandon their children to the state without consequences.

While there are a few less-than mind-blowing moments on this album, for example Big Mouth (a vague song about wanting someone to shut-up), most of World So Sweet will do what pop music generally can’t; make you think.

The best musicians I’ve encountered recently all have one thing in common; they come from the sweetly-accented land of North Carolina. Vetiver front-man, Andy Cabric, is no exception to this strange new rule. So, I wasn’t surprised when Vetiver’s new album The Errant Charm showcased the kind of flexibility, complexity, and unique, spell-binding appeal that are the hallmarks of other great, iconic American bands like Wilco or Radiohead.

Vetiver’s first, self-titled album, was filled with melancholy sweetness and strumming that was perfect to fall asleep to, but it wasn’t until their fourth album, Tight Knit (2009), that Vetiver came into their own, holistically reconciling the lively bluegrass jams of their third album, Thing of the Past (2008), with a natural inclination toward the melancholy mellow of their earlier recordings. The Errant Charm is Vetiver at the next level; full musical maturity.

The album opens with It’s Beyond Me, a song of such subtle beauty that actually possesses the enigmatic, and seemingly intrinsic quality that Radiohead has long used to captivate listeners and entices them to listen through a track they weren’t certain they wanted to hear. Its slow pace and soft harmonies break-open just as your finger hovers over the button to forward the track, and you stick it through because you’re mesmerized by the need to hear it swell and crash into resolution.

Palate cleansing tracks like Wonder Why start off on high notes and dive into up-beat jams with ear-catching lyrics like, “When is this old world gonna treat me kind,” proving that Vetiver has finally mastered the irresistible art of the solemn song performed with a light touch. Worse For Wear, a song about love dying, ends by repeating the phrase, “All happiness is sad,” which perfectly summarizes the mood, not only of the song, but of the entire album.

There’s almost no point resisting any track on The Errant Charm, and ultimately, what makes the album so successful is the way the songs progress, shifting through a variety atmospheres so complimentary and balanced that each new song enhances the experience of listening to the rest. 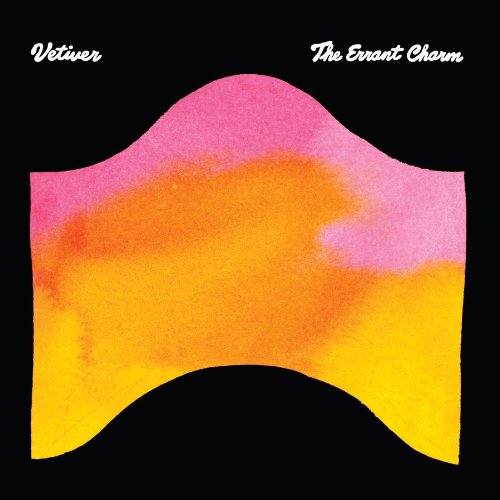