It has often been said that the best art raises questions rather than giving answers. If this was indeed the case for The Shins forthcoming album, Port of Morrow, rather than the unconvincing direction of front man James Mercer’s recent musical aspirations, I would be tempted to jump on the bandwagon with my fellow aging old school Indy enthusiasts in praising this album as the relevant come back we all hoped for from one of the premier Indy-pop bands that stole our hearts. But much like that accidental fling with an ex-lover, the album left me outwardly satisfied while still prompting the feeling that something just wasn’t right. Sure it was comfortable, familiar, fulfilling even— but it just didn’t blow my mind and wrench my heart like it used to.

The real question Port of Morrow raises for me is: are we ready to be ‘over‘ The Shins yet? Can we let the Mercer we used to know go, while knowing his passion and skill still has a bright future with some other band? I really hope so, because a lot has happened since the 2007 release of Wincing the Night Away, now effectively known as the last album of the classic Shins line up.

The original Shins members were cut for what Mercer called “aesthetic” reasons, and he went on to sign a new contract with Columbia to release Port of Morrow under his new record label, Aural Apothecary. Because Shins fans generally accept that Mercer was the driving force behind the band, the breakup is tolerable. However, when you add a few more details to the list of what went down in Mercers five year hiatus, you cant help but be suspicious of his decision to return with yet another Shins-branded album. Along with Mercers open desire to expand his process and experiment more with songwriting, he has also expressed frustrations of feeling ‘inhibited’ by the expectations of his audience. Surely this was the catalyst for ‘Broken Bells,’ a digitally infused collaboration between Mercer and Brian “Danger Mouse” Burton that led to a notable EP in 2009, and some extremely catchy singles. Perhaps more importantly though, is that Broken Bells served as a platform for both artists to explore. Though the project severely undercut Mercers renowned songwriting abilities, it successfully relinquished his apprehension of working hand in hand with producers, something that becomes quite apparent in Port of Morrow.

The tone of much of the album is reminiscent of a post break-up, get-my-shit together type of theme, which although might be appropriate, does become dangerously sleepy at times. The arrangement of Morrow helps keep you on your toes though, and much of the slower grooves like “For a Fool,” or “It’s Only Life,” are paired skillfully with the familiar percussion of Modest Mouse’s drummer, Joe Plummer. Fans won’t be disappointed by the ease in which Mercer slips into some of the more classical Shins sounds, as heard in “Bait and Switch,” and as somewhat of a compromise in his desires to branch out, the title track “Port of Morrow,” is a melancholy sway from what you might expect, utilizing some of the falsetto vocals that Broken Bells capitalized upon. Though much of Morrows melodies remain chilling and whimsical, there is also a discernible playfulness to it that compliments a Shins sort of sensibility that might well arrive from the addition of hotshot producer, Greg Kursten.

In the end, “Port of Morrow,” is a very difficult album to complain about because it really is quite enjoyable, but knowing the scope of James Mercer’s potential as a musician and songwriter, you can’t help but feel that he put this one out to let us down easy. Though I appreciate the sentiment, I think Mercers solo endeavors should come without Shins expectations. It’s only fair. 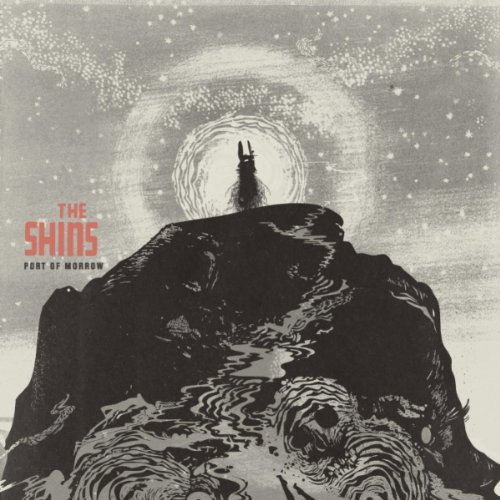