Right from the opening track “Caroline“. I had this dream image of me and my gal Emily Haines(Of Metric)  laying down on the beach drinking something that involves vodka and an umbrella(hey I said it was a  dream ok.).   There was something rather quite unique and different from this duo that made it difficult to put into just one genre.  At one point this is simple guitar folk rock with references to Simon and Garfunkel, but then it adds in this electronica element that reminded me a little bit of Air.   This is a genre known as Folktronica, which is something I’m not  too familiar with.  But if any producer happens upon this review.  It would be interesting to hear some club tracks for some of these songs.  I just wish that “Perils From The Sea” didn’t rely heavily on the keyboard for the rest of the album

The vocals in this are good, but I keep seeing Eddie Vedder of Pearl Jam singing over a Casio Keyboard on certain tracks. Especially with the song “What Ever Happened To My Brother“.   The use of  techno like beats and keyboard  sounds are nice but they overpower those ones  that would have worked much better with other instruments. Tracks like “You Missed My Heart” and “By The Time That I Awoke” wouldn’t sound so stale if they had something more added to them.  Listen to tracks by Portishead or Air as I mentioned before.  These bands are widely regarded as Electronica and yet they incorperate more into their sound then just the basic beats one could find by hitting the demo button on their Keyboard.  Now other tracks like “He Allways Felt Like Dancing”  and their 11 minute epic “Somehow The Wonder of Life Prevails” benefits more from the lack of other sounds because these tracks are telling more of a personal story.  The music video for “Somehow The Wonder…”is  one I would like to see, and if you are a good director that is great with the visuals.  The results would be something very cool to check out.  (This means you, Terrence Malick).

I have never heard of either of these two artists or the previous bands that they were usually associated with.  Mark Kozelek was the lead singer of Sun Kil Moon and Jimmy LaValle was the man behind the music of The Album Leaf. However I can’t help but think there was a much better name for this band then what we have. This is their first collaboration together, yet many of their songs felt like they was created by one person.    The use of guitar and keyboards  blend so well on that first  track I mentioned (“Caroline“) I was hoping the whole album would be a great combo between the two.  Instead what I hear is a great songwriter who is giving me his demo tape rather than a full album.

It’s too bad the members of this band were not born a few decades earlier because they would have been pretty big when MTV first hit television screens back in the early 80’s.  Yet their back to basics rock approach may still give them a slight advantage over most of the polished rock acts that are out today.  Bleached is a band comprised of three girls and one guy (the girls play guitar and bass while the guy plays drums) whose style of music could only be described as pop punk.   It has this 60’s  California surfing music vibe mixed in with 70’s New York punk rock style.   If somehow The Ramones got together with The Go-Gos this would be a good indication of how that collaboration would  sound like.

Bleached’s debut album Ride Your Heart has a good mixture of fast punk songs, and mid tempo pop ones.  “Looking for a Fight” and “Waiting by the Telephone” are great examples of the more hardcore edge this band represents.  While songs like “Next Stop”, “Outta My Head”, and “Love Spell” are really good indicators of how good they are at song styling and structure.  Even incorporating background vocals effectively into a few of  those.  They even have songs that seem to be influenced by  the 60’s psychedelic movement mixed in with 80’s new wave with tracks like “Dead in your Head”, “Dreaming without You”, and “When I was Yours”    If you are worried that this album would stick to only one structure, it’s clear they don’t.

The punk pop sound is one that I hope gets  a comeback this year, but more than that.   I want to see more women play instruments and form their own bands.  There are a slew of really talented female rockers that are mostly ignored by the press and it would be great if these ladies would get the notice they so much deserve.  Bands like Sick of Sarah, Fuzzy Machete, Vanity Theft, and Heavy Cream are just a few of the thousand bands that have female members in their group.  Not just ones that only have one bass player, but ones where the women are more dominate then the men.   There are many out there that still  believe men are the only ones  who can play rock music, and women are the only ones who can write a pop song.  It’s great to know that there are bands out there that are bridging that gap between the genres.   In the near future we will  start to see these genres cross so much that radio stations will no longer be set up by demographics. Soon the line between what is pop and what is alternative will quickly fade.  It’s nice to know that bands like Bleached is leading that charge.

Does anyone remember the comedy “School of Rock” that came out in 2003.  In the movie Jack Black poses as a substitute teacher to make some quick cash, but then soon discovers that his students have incredible musical talent.  Those kids make it all the way to the battle of the bands and compete with this other group called No Vacancy.  Now this other band is obviously way more talented then the kids, and they sound like they took music appreciation very seriously back in grade school.  They just were not very exciting to listen to.  It’s the same thing with Caveman.  Yes they are all very talented musicians, and know about hitting the right notes but without any passion or joy. The whole ordeal becomes sort of mute.

First of all the name Caveman is completely misleading.  When you picture the dawn of man do you hear soft melodic rock songs that some guy with a beard wearing an ironic T Shirt would be playing at a coffee house.  Hell no.  The name alone suggests crazy primal drum beats mixed in with a lot of heavy screaming because, I don’t know they couldn’t get fire started.  Calling your band something hardcore and then not doing it sounds like really bad hipster b.s.   It would be like calling Cannibal Corpse the name of a boy band and Backstreet Boys the name of a new Death Metal outfit.  It just doesn’t fit.

Each song is really not much different from the next, and they sound like they would be more comfortable playing at clothing store like Macy’s than at a bar.  I have a feeling that  if they did play at bar or restaurant, no one would stop their conversations for very long to listen to them.  It’s harmless music that I know is going to appeal to a lot of other people, and that’s fine. No one is going to say you’re wrong for liking this because music is subjective.  There’s just nothing really original or distinct about their look or sound. They seem to be more interested in capturing the same sort of vibe from other emo/goth bands like The Smiths, or The Shins rather than doing their own thing.  At least with those bands each song was different from the next and they had a real distinction between songs.   If there were not any pauses between each song on their self titled album. One would think they were just listening to one long track.

Now one may think that I’m dismissing this band because they play light rock, and that’s not it. You’re reading someone who is a big fan of Tori Amos, and has enjoyed songs by Coldplay and M83 as well.  That is because I could hear a real sense of  joy while I heard those songs.  I don’t hear that from Caveman.  Yes they play very well, but without any heart.  What’s the point? 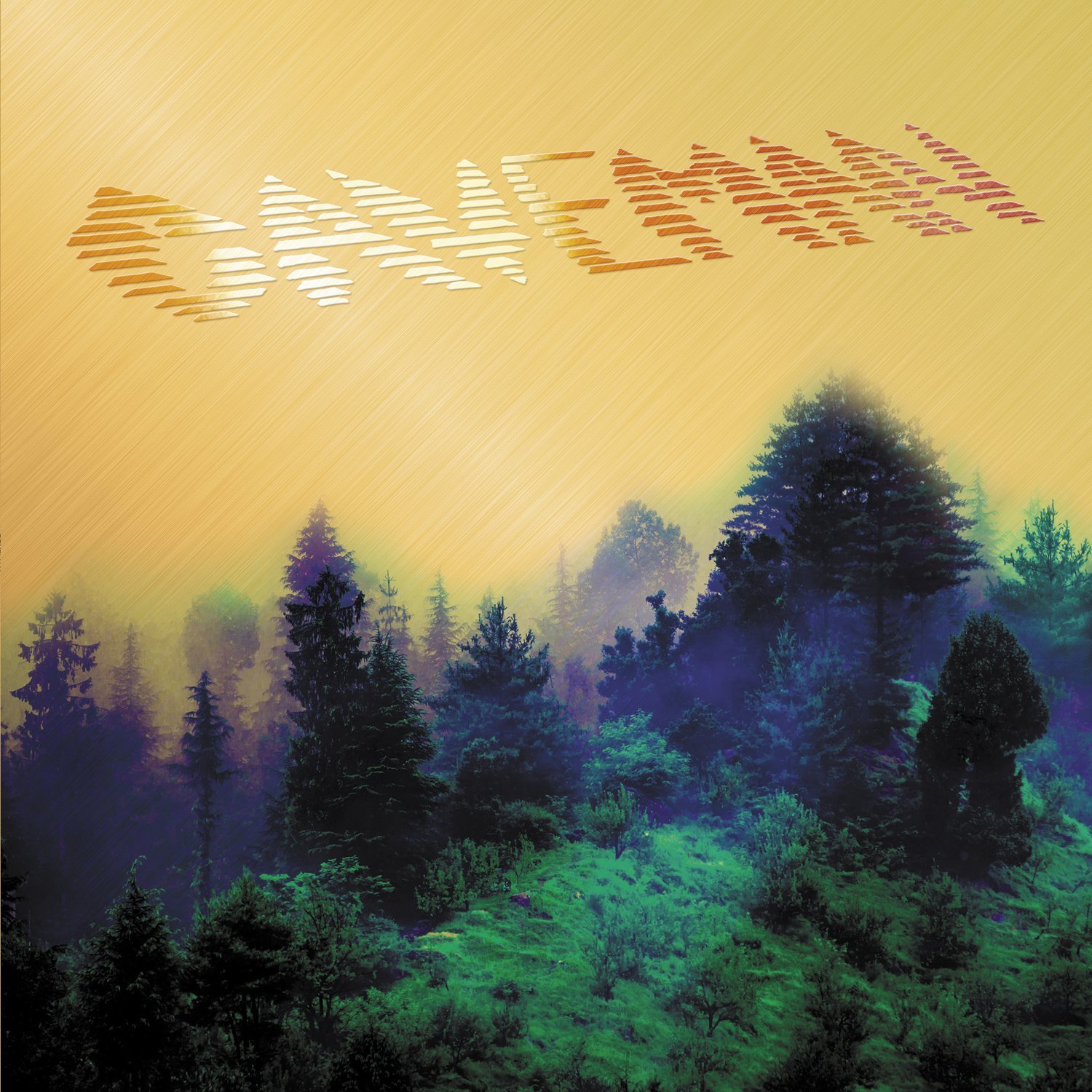