The first thing that comes to mind when listening to Peter Wolf Crier’s Garden of Arms, is a reminiscent reflection of adolescence.  Easy-going guitar licks and steady percussion becomes the perfect cloud-watching music to listen to, lying on the grass, holding hands with someone you love.  Someone you love, but you know it’s over with.  There’s a tragic overtone to the whole album, a sense of loss, but it works.  A little bit Black Keys, a little bit Modest Mouse, Peter Wolf Crier is like a lighter version of the two, only with darker lyrics.

Peter Pisano’s voice brings calm in an otherwise disorderly world on this band’s second release, with many more to come no doubt.

The album opens with “Right Away,” taking you back to a time, back to your teens, conjuring memories that are framed as soft stills in your mind.  “Beach” provides a more optimistic approach, with staggered vocals and upward inflections and, well, beachy guitar strumming, while track 3, “Having it Out” takes you back to your center, shifting your gears down, reestablishing peace.  The songs end abruptly though, so much so it sounds like a mistake in its mastering.

Krishnamurti seems a bit out of place on the album, as its classic rock-feel doesn’t match the otherwise experimental sounds on other tracks.  But that could be the whole point.  The song itself could bring on more heavy, in the way that Queens of the Stone Age would.   There are several name-drops in this review, but only because the potential in this band is there, so long as they stick through it and give it their all.  Apparently they performed 100 shows in just over 6 months, so that’s got to mean something.

Settling it Off gets the mojo moving, with a light Tunde Adebimpe of TV on the Radio background feel to it.  I think what this band needs is some time to grow, and maybe some collaborations.  I like it, but maybe I like it because it sounds like a lot of stuff that’s out there already.  In any case, Peter Wolf Crier is definitely a band to watch.  They just need to up their ante and amp it up a bit.  Otherwise a great listen. 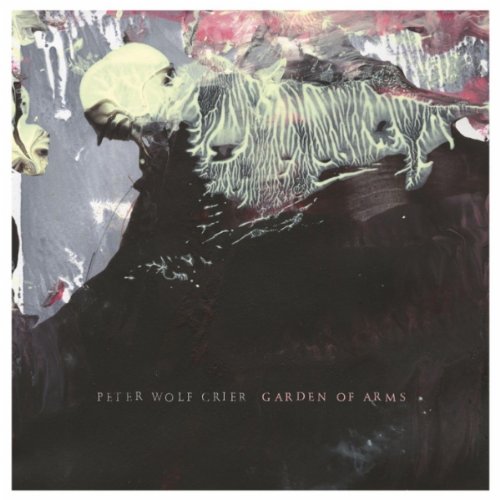 Some artists who’ve paid their dues over the years, get to record mediocre albums.  And that would be the case for Bostonite Juliana Hatfield.

Released on her own label, Ye Olde Records, Hatfield manages to keep her early 90’s sound intact, using occasional distortion and easy drum beats to enhance her slightly monotone vocals.  For instance, singing about candy wrappers on the same-titled track, gets a little old after the first chorus.  She even brings it back 6 tracks later on “And Again” and you’re left wondering “what happend Juliana?”  For a seasoned musician, Hatfield’s lyrics could use a little boost.

Simply put, this whole album could put you to sleep.  The songs drag on with unimpressive guitar solos and drowsy riffs while the sound of Hatfield’s voice inspires the desire for ear plugs.  The thing is, this lady has been around for years, so there must be something to her music right?

Her fans agree, as they paid for the album to be made.  Through the website PledgeMusic, Hatfield-lovers sent in money to help her record and produce the music.  Not all funds went directly into her pocket, some was donated to a local animal shelter in her hometown.  It’s clear she hasgood intentions and means well, fans were able to pledge for specialty items, such as original artwork or getting your name in the album credits.

Being a part of something as important as recording an album is a pretty cool privilege.  Especially when it’s for someone who’s been around long enough to know the difference between a fluffy record and something that comes from the heart.  And even though Juliana Hatfield’s sound might not be your cup of tea, there’s no denying she’s a respectable musician who can’t help but make music.

The last track, Thousands of Guitars, provides a little more enjoyment and we are reminded why we gave Hatfield a chance to begin with: she wears her heart on her sleeve, and that takes a lot of courage to bring forth on a new album, year after year.  Let’s hope she finds more peace on this one. 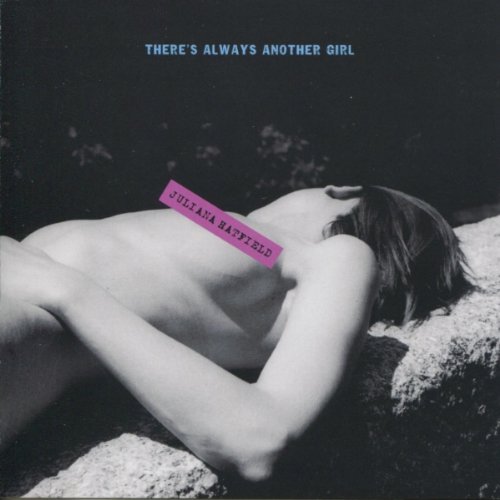 It’s pretty safe to say that David Guetta owns the airwaves.  You can’t listen to a dance loop on your local pop station without hearing at least one of his songs, nor can you hit a club that’s Guetta-free.  It’s no wonder, when so many megastars have collaborated with this French DJ.

At first glance, David Guetta looks like he could be a long-lost Wilson brother, country singer in an ironic baseball jacket, or at best a hair model.  Oh wait, he was a hair model.  For L’Oréal.  But that’s certainly not what draws so many talented artists to him.  The man behind the mane is able to effortlessly produce slick-styled beats that stroke your ego and leave you high on anticipation while you dance it out.  With his inherant house sound, Guetta pulls out all the stops on this latest release.

With Nicki Minaj and Flo Rida opening up the album with the instant hit  “Where Them Girls At,” the ball keeps rolling with Taio Cruz and Ludacris on track 2’s “Little Bad Girl.”  If name dropping was an artform, then David Guetta would be Leonardo Davinci.  Everybody wants a piece of him.   Huge artists like Snoop Dogg, Usher, Chris Brown, Lil’ Wayne, Jennifer Hudson and basically anybody who’s somebody has collaborated this year on Guetta’s new album.

And if you thought that this blonde-haired maestro couldn’t outdo himself, don’t be surprised because his newest work is actually a double album.  Both halves of this hot-tempoed whole bring out the beat-nerd that he truly is, owning up to the album’s title, “Nothing but the Beat.”  As if a puppeteer of electronic rhythms, sounds and samples, Guetta is on fire on this 22-shot double disc, the second of which is purely instrumental.

Whether it’s hearing Snoop Dogg’s distinct vocals against an electronic background or Guetta’s own master sound, the esteem is high on this 2011 release, and the music business has finally caught up.  The man has been DJing for decades, so it’s nice to see him finally in the limelight.  Besides, his hair looks really good there. 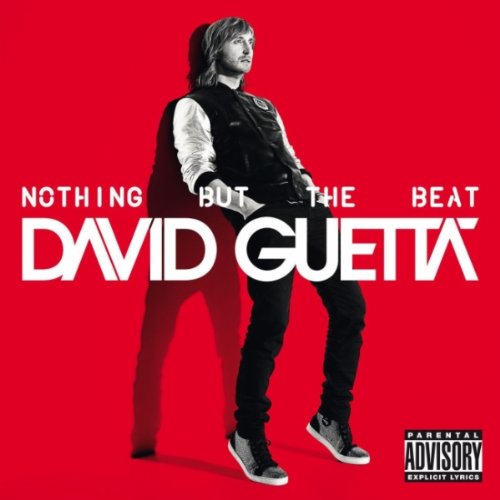 Whether it’s to a beautiful island resort or from your washed out cubicle you are trying to escape, Fool’s Gold’s Leave No Trace provides the perfect soundtrack.  With bouncy beats and twangy melodic guitar rhythms, this LA-based quintet manage to create a colorful landscape of sounds with catchy tunes to boot.

Originally a 12-person collective, Fool’s Gold has refined itself to a five-member outfit and is all set for a return trip to Europe, where they’ll be back to tour in November.  They’ve recently returned from touring the festivals abroad and already have dates booked in their home nation all through September.  To say this band is busy is an understatement, but with such a successful integration of musical influences, it’s no wonder these guys are so in demand.

To start with, the album offers a savory blend of various genres, with something for everyone to enjoy.  Part synth, part afro-beat and part pop, this 10-track record acts as a vessel in which to transport the listener into a world of musical diversity.

The album’s title track, Leave No Trace, pairs a swanky rhythm with singer Luke Top’s romantic vocals.  With just enough reverb there, this song gains in momentum as it gains in reflective qualities.  Poetic lyricism is perhaps what Top once attempted to camouflage on the band’s previous, self-titled release, by singing in Hebrew.  With most songs sung in English on this album, everything is on the table and out in the open, making it more accessible for those of us lacking in linguistic knowledge.

Balmy conjures up your inner Pink Panther, with its subdued yet provocative backbeat, and leaves a cool sway in your seat.  A ballad in vulnerability, this enjoyable tune acts as the perfect bridge between either half of the album.

Bark and Bite begins to wrap it all up with a once-again poppy feel as you start to recover from a hedonist trip to the buffet line of musical variety.   And finally, it’s quiet time with a lullaby for grown-ups, Lantern, as Top and the gang bring you back into awareness.

A sweet, fun and delicate album with not only beautiful rhythms but beautiful lyrics. 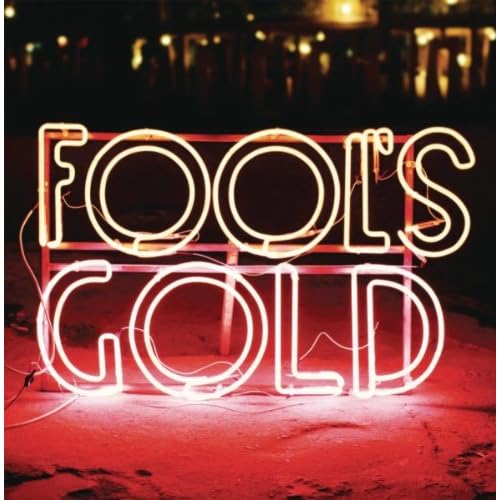 Some bands are able to pack you up and take you on a ride with each album that is put out. And you’ll go anywhere they take you, because you’re faithfully devoted to joining them on a new journey, especially with well-respected, reputable musicians. Collections of Colonies of Bees’ most recent work, Birds (2008; Polyvinyl Records), starts off with the promise that you’re on your way somewhere interesting, unexplored and spontaneous. To the untrained ear however, Flocks I soon goes into loop-mode and you feel like your cochleae are stuck in traffic and you’re not getting anywhere at all.

For a non-connoisseur, Chris Rosenau’s riffs sound repetitive and overdrawn, and the album comes across as improvised and all over the map, like something they lazily recorded in a wood-paneled basement, surrounded by Jameson empties and sedative capsules. But much like a map, music is all about connection, it just depends where you’re going. If you’re looking for something instrumental to listen to while driving through the prairies at sunset, then this is the album for you. Like the setting, Birds feels long and flat but has beautiful moments and a softness that will warm your heart as you explore its vastness. You may want to travel lightly, at up to 11 minutes per track on this post-rock recording, you’ll want to have room for an open mind.

As the album and song titles denote, this album takes flight and at the risk of sounding cheesy, it inspires an inner awakening, akin to bonding with a bird as you watch it soaring above. This is especially transferable on Flocks IV, the final song on the album.

Beyond measure, the collaborative element between band mates seamlessly delivers a showcase of the brilliant inner-workings of these Wisconsin natives. Pretty acoustic keyboard notes offset the electricity felt elsewhere and the consistent stretching of meticulous guitar flicks create a rich filling that hovers gently above Jon Mueller’s optimistic drumming.

Overall an interesting album that forces you to let go of conventional expectations when it comes to appreciating music and provides an eclectic backdrop to your spiritual revolution. Or Sunday drive. Or whatever. 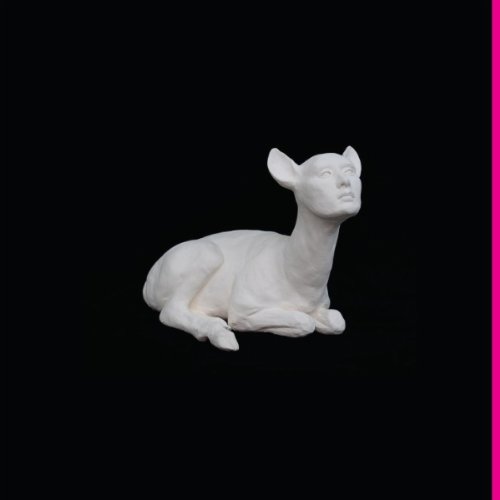