Right from the start of the first song, Myth, sets the tone for the album Bloom from the musical duo Beach House. Haunting, low mixed vocals, hypnotic guitar riffs, and steady percussion move the listener through the songs of Bloom. Each song,each melody builds upon the growing atmosphere while remaining careful never to dimish or detract from the overll feeling.

Thanks to the musicianship of both members of Beach House, Bloom is an amazingly consistent album. Victoria Legrand’s vocals remain fairly subdued, mixed low so as not to over power any of the instrumenation and music that Alex Scally has crafted. Wild and The Hours are wonderful examples of the build up pay off that Legrand and Scally seem to pull off. Almost ethereal intros that culminate with the addiditon of the reverbed vocal lines.

The album makes use of both electronic insutrments, as well as more conventional sounds. There seems to be a good balance between the two so that it never feels that out of place when the focus shifts from one song to the next. The song Lazuli lets the music be carried by an arpeggiating synth sound while other sounds and effects are added. Troublemaker, however relies on great guitar work and solid percussion to accomplish the same thing. The differences in the sounds of these songs still works completely in the context of the piece as a whole.

Bloom could almost be mistaken for a lullaby. One that stretches over the course of ten songs. There is an almost hypnotic quality that pulls the listener in and just soothes them. It seems fitting that the final song Irene fades away, leaving about five minutes of silence after the music ends. This is not an album that will fire up the blood and set the heart pounding. This is an album that can be put on and let settle into the background. 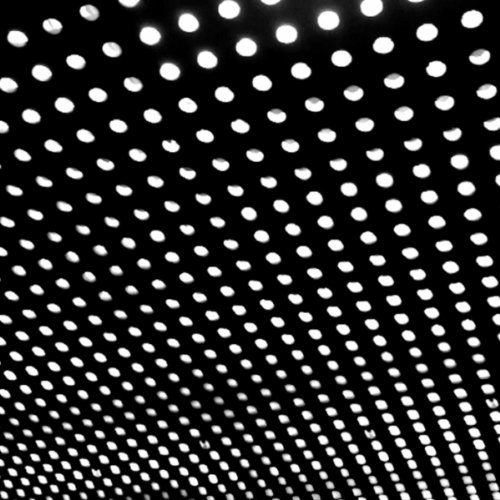 Sometimes, for no discernible reason, I will decide that I do not like a band before I even hear a note of their music. When asked to review the newest album by the Kingston Ontario duo, PS I Love You, I was completely unaware of their music and had no idea of their sound. I was prepared to hate every second of it though. So, when I started listening to their album Death Dreams I found myself more than a little annoyed that I was really loving it in a big way.

Death Dreams opens with an instrumental of the same name and is really just a warm up for the band. A musical flexing of muscles so to speak. It is with the second song, Sentimental Dishes, that PS I Love You truly unleashes themselves. A catchy guitar riff that reminded me a bit of The Darkness, a fat bass tone, and some driving percussion. What truly demanded my attention though was the vocals of Paul Saulnier. Wild and unrestrained would be one way to put it. Another way to put it would be completely insane. The lyrical line is frenetic, unrefined, and all over the place and it is impossible to ignore. It is a line that grabs the ears of the listner and demands that you pay attention.

The rest of Death Dreams progresses in pretty much the same way. Benjamin Nelson providing solid percussion lines while Saulnier does the rest. Heavy guitars, ringing cymbals, thick bass lines all infuse the heavy pop sound of PS I Love You. Even on the final song, First Contact, they don’t let up on their energy. The song begins with the strummings of an acoustic guitar which falsely leads you to believe that maybe they are winding down, but this is just a red herring as the music launches itself for one last energy fueled piece. I would like to point out the highlights of Death Dreams but it is just impossible for me. The entire album is a highlight.

If you are, like I was, unaware of PS I Love You then you are doing yourself a disservice. This is a duo that is getting ready to take of and get noticed and Death Deams could well be the effort that gets the job done. 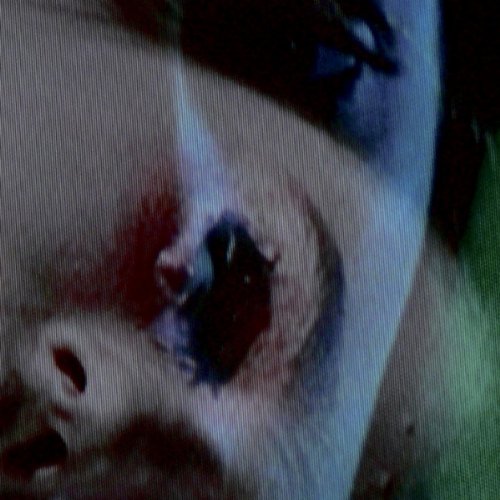 The Ghost In Daylight is the third effort from Gravenhurst, the vehicle of singer/songwriter Nick Talbot, and is an album that grabbed my attention right from the start. Talbot fills the album with solid guitar work, soft melodies, and a myriad of effects to set the atmosphere.

The album name is one that is very fitting to this collection of songs. The Ghost In Daylight progresses through a series of soft songs that very effectively set a soft and haunting tone. There is nothing jarring or suddenly loud to pull the listener out of the moment, instead each song just serves to draw the listener deeper into the musical landscape.

Circadian is the first track and the minimalistic approach to the guitar work and music is pretty characteristic of the rest of the tracks that will follow. The guitar rings bright and clear and is steady throughout, providing a reliable anchor to the music. I found, as the songs progressed, myself pulled in by the simplicity of the music and put into an almost hypnotic state. Not all of the songs on Ghost have lyrics or vocals. One of my favourites from this album is Peacock. Peacock is slow, methodical, and moving using simple finger-picked rhythms to carry through. When Talbot does use his voice in the album it is always soft and deliberate, settling in amongst the instrumentation. The vocals are not the strongest to be found. I could wish for a more accomplished singer but in the context of the album, they work and do not serve to detract from the music.

One song that did bother me though was the track Islands. The strength of this album lies in the guitar work and the natural acoustic sound that prevails. Islands starts off with heavy sounding synth, and a very artificial drum track. When held up to the rest of the songs it really stands out sharply and just doesn’t quite work.

Gravenhurst has made a solid album with The Ghost In The Daylight. Though I don’t see it ever taking a place in the mainstream spotlight, it makes for a great background. The type of music that you can put on and let soak into your surroundings. 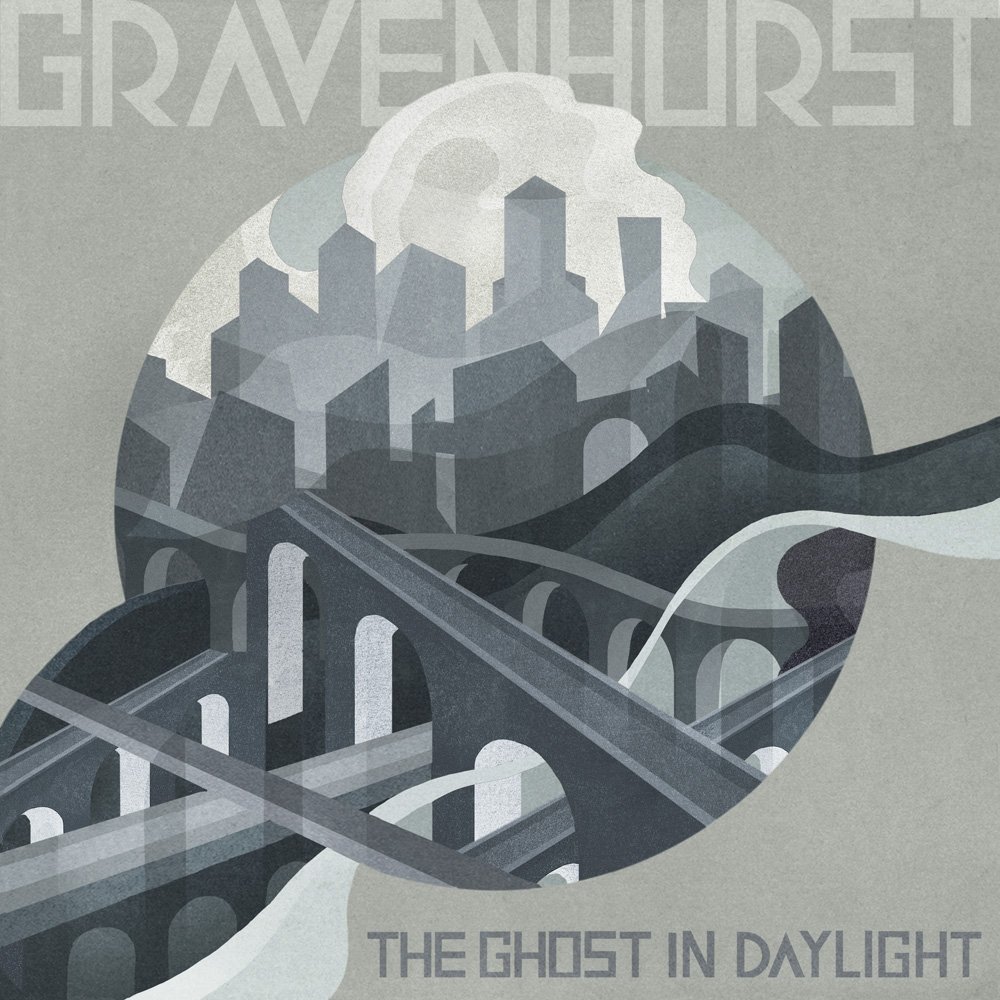 I think I have a new album to enter into my top ten favourites of all time. Blunderbuss by Jack White is quite simply an astounding album of heartache and woe. My only complaint when listening to it was that I didn’t have it on vinyl, because this is an album that belongs on a table, spinning under the needle.

Anyone that is picking up Blunderbuss is probably already quite familiar with White and really the album won’t hold many surprises for you, but please don’t think that that means that this is a boring album. White, true to his style, is relentless in his urgent attack on these songs. Whether it be the slower acoustic Love Interruption or the clearly Dave Brubeck inspired Take Me, the tracks of Blunderbuss are captivating and demand the listener’s attention.

There is an almost generational mismatch that White seems to delight in orchestrating. Many of the songs sound like they belong from a completely time, until there is a sudden screaming guitar that brings us back to the present. His cover of I’m Shaking, by Little Willie John, has all the R&B classic feel of the half-century original and still seems completely at home  nestled in amongst tracks like the seventies sounding Sixteen Saltines or the jazzy organ driven Missing Pieces. Even the country-flavoured Blunderbuss, the album’s namesake, is seamlessly woven into the track list.

It should be noted that not everything here is purely White though. On each of the songs, he is more than aptly backed by a fleet of Nashville musicians lending their instruments and voices to his solo debut. In fact…seeing as this is an album of broken love and failed relationships it is fitting that most of his musical support is made up women.

There is a sense that White’s previous works, be it as part of The White Stripes  or The Raconteurs have all been just a warm up. Though a very personal album, Blunderbuss is White truly flexing his muscles and giving us everything he’s got. 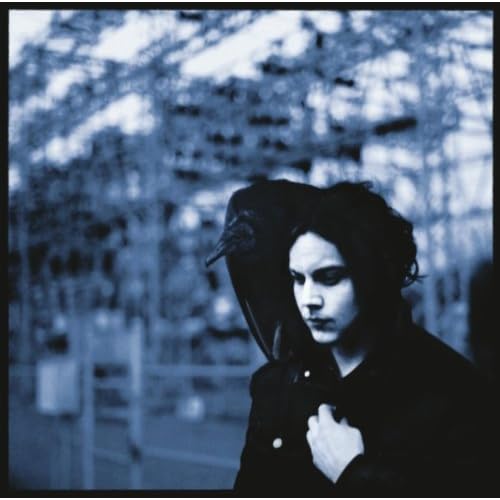 California 37 is the seventh studio release for Train and displays a shift in their sound as they attempt to stay dynamic and relevant in today’s soundscape. Unfortunately, Train, doesn’t quite hit the mark. The overall pop sound of California 37 is well produced and undeniably polished, but there’s also a sense that the album is so desperately attempting to be mass appealing that it makes the whole thing come across as disingenuous.

The album launches with the song This’ll Be My Year, a song of pop-culture references that are strung together against an upbeat sound. The idea is solid and Train is far from the first band to try this, however, one needs look no further than R.E.M. or Billy Joel, though, for more successful versions of this same theme.

After that opening, this album really holds no surprises. The song 50 Ways To Say Goodbye makes interesting use of some mariachi sounds in Train’s obvious nod to the Paul Simon song, 50 Ways To Leave Your Lover, but even that soon started to feel overly gimmicky. Sing Together is a nice enough tune that brings back the ukulele that earned them a hit with Hey, Soul Sister but nothing that truly stands out. You Can Finally Meet My Mom, is a song that seeks to be sentimental whilst being crammed full of even more pop-culture references and sounds a bit more an echo of the band that brought us Meet Virginia and Drops of Jupiter.

What I do find to be the highlight of this entire album, though, is the song Bruises. Bruises, is a country flavoured rock song featuring Ashley Monroe and, to me, this song is the most honest effort of all the tracks. Strong lyrics, sweet vocals, and a bittersweet story and melody effectively combine into something that I would happily keep on my iPod playlist.

The largest problem with California 37 is that it is Paint-By-Numbers Rock. This is an album that has taken no chances and decided to play it safe. It will settle in amongst all the other pop-rock that is  currently making the rounds. From a band that once had a good southern rock feel, this album was a disappointment. 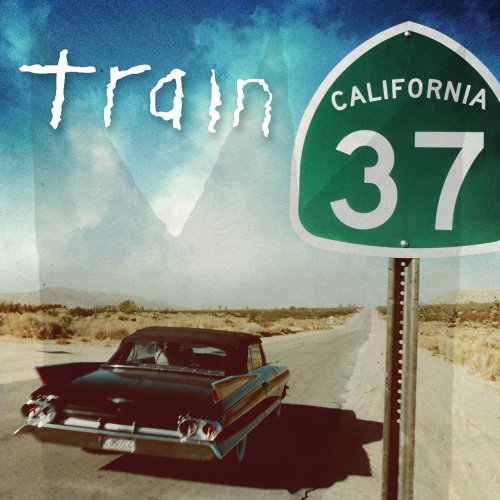