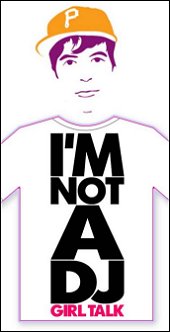 The transcripts from an interview conducted with DJ and Pittsburgh native, Gregg Gillis aka Girl Talk. Although he explains that he is not in fact a DJ, Girl Talk knows how to get that booty to shake right thurr, plus, he also makes you think. After six years of making music, with three albums to show for it, Gregg Gillis has taken control of the Pittsburgh music scene with his dirty, bouncy, and seductively truthful/possibly illegal sampling and sound presentation. Ooh baby, I like it raw and by raw, I mean Girl Talk.

A Quicky With Emily Haines… by Wes Kirk

Electric Six, infamous for their eccentricities and desperate need to rock just released their second album, Senor Smoke two days before this interview was conducted. There is a follow up article based on these transcripts, titled, Less Melotron, More Electricity: A look at the Greatest Detroit Electro-Synth Dance Rock band. 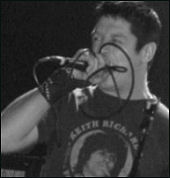 It takes a strong work ethic to reach the peak of the Punk Rock world. Bodies litter the rocky road to the top, and though it never really looks much different than base camp, many still make the journey.

It also takes the release of consistent, quality music to reach the level of the Dropkick Murphys. Sporting blue collars rather than Mohawks, the Murphys stand out from a lot of other punk bands out there because of more than just success…

The transcripts from a July 2006 interview with lead singer/guitarist Ellie Vee of Boston garage rock band, The Charms. The band is composed of Ellie Vee, Joe Wizda [lead guitar/vocals], Prince Frederick [drums, vocals] and Mark Nigro [bass]. The Charms have been featured in the Jim Jarmusch film, Broken Flowers, as well as MTV Made. They are also ranked number one on Little Steven’s Underground Garage Rock radio for their last record, Pussycat [2005]. The interview was conducted over the phone.

MVRemix’s resident punk/rock writer Wes Kirk interviews Tom Sean of the New York rock band The Black Spoons, who is gassing up the tour van at a Texaco station somewhere in Pennsylvania… 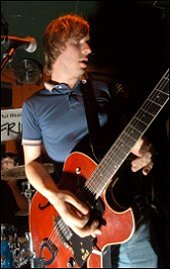 Alex Goldberg caught up with Fred Thomas of Saturday Looks Good To Me in August of 2006. Here are the transcripts of their little interview.

Los Angeles bloggers hail Frankel as one of the cityâ€™s best kept secrets. The man behind the music reveals the story behind the name. Fans of Wilco, Elliott Smith, and The Flaming Lips take note of Lullaby For The Passersby.

â€œAbsolutely an artist to watch out for in 2007.â€ â€“ Aquarium Drunkard

â€œLullaby For The Passersby is going to remind you of a lot of great bands but never borrows a single lick. Frankel’s songwriting holds its ground because there are so many quirky bits stapled to the melodies without ruining the feel. For an album that is so refreshing, I’m dumbfounded that a city â€˜buzzingâ€™ with multitudes of forgettable indie-pop-folk bands hasn’t discovered Frankel’s obvious musical talent.â€ â€“ Little Radio

Frankelâ€™s first full length Lullaby For The Passersby is a shimmering listen that has bloggers buzzing with excitement about the promising Los Angeles-based singer-songwriter. If record reviews show any indication of what is in store for Frankel, otherwise known as Michael Orendy, he will soon be hailed nationally as one of the cityâ€™s most promising acts. Lullaby For The Passersby was mixed by Aaron Espinoza of Earlimart and mastered by Dave Trumfio (Wilco, Grandaddy, Built To Spill) fame and will be released on producer Raymond Richardsâ€™ Red Rockets Glare label.

Orendy himself played all of the instruments on Lullaby, from the Theremin to the Twirly Whirly. Aside from being a multi-instrumentalist, Orendy also proves his talent through his songwriting. â€œWilco, Elliott Smith, and hints of The Flaming Lips shine through on Frankelâ€™s debut album, Lullaby for the Passerbyâ€, says Little Radio.

As for the unusual name Orendy chooses to record under, it refers to a piece of orthodontia he had to wear when he was young. According to Orendy, it was â€œa giant retainer that filled your whole mouth-huge, kind of like what a boxer wears in the ringâ€. Orendy embraced his Frankel into his adulthood and made it his nom-de-tune. The name suits Orendyâ€™s music perfectly, as it turns out. Because, like the apparatus he was fated to don, his songs strive to make lemonade out of lifeâ€™s lemons.

Frankel is supporting Lullaby For The Passersby with a round of hometown dates followed by a US tour later in 2007.

Lullaby For The Passersby Tracklisting: