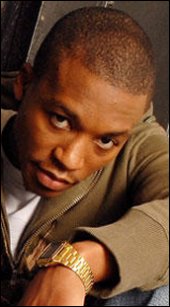 MVRemix: We were just talking off the air, you’ve been to Seattle once before or multiple times before?

Lupe Fiasco: Once before, I came out here with the Ye-germeister (Kanye West) for his “Touch The Sky” tour out in Everett. So we did a show out there. It’s my second time in Seattle.

MVRemix: You like it so far? Or do you like the city, what you’ve seen of it in your limited time here?

Lupe Fiasco: Yeah, it was dope. My homie Cash caught up, was droving me around. I went to get some food, and we went to the hood – to different spots. The first time I was downtown, but we went to other parts of Seattle. It was dope to see the city, it’s a nice little city.

One reply on “Lupe Fiasco Interview”