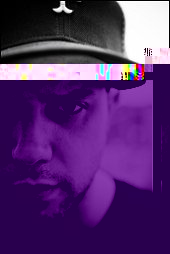 MVRemix: Few artists have had the success that you have had independently with Psycho Logical Records. Apart from your talent, what do you think both your and the label’s success is due to?

Necro: Drive, ambition, persistence, believing in myself, dedication… All that stuff in the basement

Necro: Not really, was probably a demo called, “Check Out The Demo” with Ill Bill. That was one of my first official demos

MVRemix: What’s the current situation with your relationship with Cage? Is there anything there?

Necro: I haven’t worked with him since I produced his first 12″ in like 1997, so its been over 11 years since we did anything. Our relationship ended very fast, it was monumental at the time and it made its mark, but he didn’t wanna rhyme over any of my beats anymore, nothing I made was good enough, I think it was more about the fact that we didn’t click, our personalities clashed. It is what it is.

MVRemix: Tell me about the album, “The Sexorcist.” How did the title come about?

Necro: I don’t remember exactly, but I am the first person in hip hop to ever rock that name. I guess I just felt it was evil, a cool way to rap about sex but make it brutal at the same time, its a flip off the movie the Exorcist, I found out later that their was a horror by the same name, regardless, that’s one of my sex aliases.

MVRemix: How long did the record take to record and how planned was it – ie did you set out with a tracklisting and stick to it or record a number of songs and chose a select amount leaving the rest on the “cutting room floor”?

Necro: I don’t remember how it all came about exactly, but I know I made the beats in 2003 basically around the same time I made the “Pre-Fix” beats, maybe even 2002, and so I had so many porn beats made that I just recorded all the concepts. What’s funny is, I was gonna start the album off with “Pussy Is My Weakness” and then the last song I made for the album was “Who’s Ya Daddy?” and it was so sick. You knew it was a hit ‘cause everyone stopped talking when it played and just listened in awe, it had that powerful effect where just that song itself destroyed you. That’s why it starts off the album; many girls have gotten naked to that track and will continue to.

Necro: I’m always planning shit, right now I have a lot of moves being made, like the re vamp of my www.necrohiphop.com, by the time you read this my site should be up updated, so click that link and peep the sickness.

MVRemix: Which song on “The Sexorcist” took you the longest to complete?

Necro: Hmm… not sure, let me think, none took longer than another, same flow, everything got done pretty smoothly.

MVRemix: Which was completed in the shortest time?

Necro: “Who’s Ya Daddy” got done real quick I would say, ‘cause I wrote both verses right in the studio and boom laid them down right there, no sitting on the verses for weeks, straight from the oven to the press to the speakers.

MVRemix: Describe the first memory that comes into your head of a typical day in the life of Necro the artist ten years ago.

Necro: That would be 1998, I was gathering up my press clippings, making press kits, I didn’t even have a website yet, so Fat Beats was very important to me, because they were the biggest thing going on in my career. They were selling and pressing my Necro EP and selling my movies on VHS, so I was getting money on a small level from that. I was dealing weed at the time still if I’m correct, and was still trying to get signed in hope of that big record deal. Barely doing shows but when I did I’d get banned, like Wetlands banned me that year I think… I was into making movies and thought I would get somewhere in that world from my low budget experiments. Just hungry, ambitious and proving myself with every verse. Still rapping live on radio shows, dropping exclusive verses…

MVRemix: Now contrast that with one from today…

Necro: Today I’m still working to make things happen for Necro. It never ends, new goals, now I have a catalogue though, I have dropped a lot of sick shit since then, but its always about some new shit. So my goal is drop new sick shit and also be rich. I’m on my way there.

MVRemix: What’s the biggest mis-conception people have of you?

Necro: That I’m angry all the time and an asshole every minute of the day, and that I’m not cool because my music is so brutal… That I’m a trouble maker bully, when really I’m the guy that knocks the bully the fuck out.

MVRemix: You’re one of the few artists who participate or mix rap with another genre and receives praise for the outcome. Did you have any reservations in trying out mixing the two genres? I know you used to be heavily into metal growing up…

Necro: I did at first because I didn’t know I could do it good, I assumed it was crap because in the past it was done terribly. I didn’t think it would be different with me. I used to use bass guitars and keys to make beats, but that was just to make dark beats not some metal shit. When I was fucking some metal industry people it seemed logical to make something like that, which fused both genres. I thought my creations were great, but they didn’t believe in it they’re closed minded.

MVRemix: What’s currently going on with you with regards to film?

Necro: I’m taking classes on acting and honing my skills in the acting department. Soon I’ll write a screenplay, and eventually direct it or something else but right now I’m focusing on acting, as well as new Necro.

MVRemix: What are your thoughts on Barack Obama being the next president?

MVRemix: America, and the rest of the world have been heavily publicized and “informed” that we are heading into a recession. As an artist, what does this mean for your life, plans and the product you try to sell?

Necro: It sucks, I sold way less merchandise on this last tour, but still in a recession and with me doing bad, I made more money than most. Not many can make $40k in a month touring, that’s because I built my own business.

MVRemix: Out of your vast discography, which songs are you most proud of and why?

Necro: Too many to name, I love so many and everyday I change.

Necro: Have sex then go to sleep.

Necro: I would, I’d kick his face in until his skull broke in two, then I would piss on him and laugh.