Every time we think underground music has faded to the black, another one of it’s heavy hitters comes to the forefront to bring real Hip Hop heads a dose of the medicine they so crave. Pharoahe Monch, on his third solo album, is bringing some serious heat and acting as the perfect salve for anyone that has been missing the consciousness that the Hip Hop used to bring. Pharoahe Monch’s W.A.R. (We are Renegades) is an album for those that want more than a beat, but music for thought, music for change. W.A.R. gives its listeners an education, by throwing listeners not only music and lyricism, but content.

W.A.R. is an album that moves and takes the listener with it as it mediates through the inner workings of a true lyricist. Monch is an artist, because this is an album that has been created with the consciousness to inform with a mosaic of social poetry. Lines like, “A generation overly obsessed with killers and mobsters / Our revolutionaries want Grammies and Oscars / Imposters, fake auras and weak chakras, making a mockery of the music to be Pop stars / and they say I’m insane cause I see the aftermath of the whips and chains…” Pharoahe is forcing the listener to think a concept that has long been forgotten in “mainstream music”; W.A.R. is a reminder that music was once a medium for social commentary and change. Music has a history of provoking us to, think if not move us to action. From beginning to end Pharoahe takes on the big elephants in the room that have been forgotten, lied about or taken for granted as no longer being a relevant problem. Monch reminds us that crack is still in the hood, we are fighting useless and unnecessary wars, and the election of a black man to President has not eradicated racism.

The wise man knows that no revolution is fought alone and this album is laden with appearances by artist long known for not just being in the game, but for giving music significance and meaning. The earlier quoted, “Black Hand Side” featuring Styles P and Phonte offers a lighter beat, but the words are heavy and carry much substance, with the soft melodies we are accustomed to hearing from Phonte, the smooth voice of Styles P and the clever word play of Pharoahe. Jill Scott, Jean Grae, Royce Da 5’9, Denaun Porter, Vernon Reid, and Mela Machinko also grace us with their presence and lend so much to style of lyrical assasintry that Pharoahe already brings to the album.

There are not many that are able to pen and name what affects the current human condition, especially that of people of color with such lyrical finesse and cadence. The beat draws you in, but it is the story that keeps you engrossed, keeps you involved, and hopefully keeps you thinking and maybe even acting with conscious and social awareness. W.A.R. is an album that unfortunately due to the over-emphasis on flashy and not enough attention to substance; will not be heard by enough of the masses. But those who do hear it will be treated to an album which is crammed with creativity, thought, talent, and most importantly, a message. 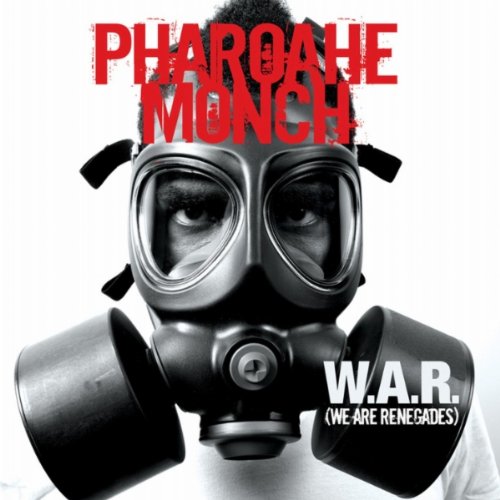