Mac Miller’s music is not necessarily bad, but it’s definitely not original. I believe that this album made me throw up in my mouth a little. Okay, maybe that’s dramatic but it for sure made me at least want to curl up into a big ball and cry.  I wanted to cry not only for the future of our youth but for the future of music as a whole.

The intro to “KoolAid and Frozen Pizza” is a group of adolescents cursing and talking about smoking weed. This album is a far cry from the stuff you hope your kids are listening to. But I guess we all need that music. Everyone needs a Kiss or a Marilyn Mason or Naughty by Nature to listen to when they are growing up.  And Mac Miller himself is still growing up. The 19 year old is actually a music producing prodigy. He taught himself to play drums, piano and guitar and bass by age six. Which is great!  But I personally wish he’d use his time making music of substance, making music to move people, making music that is somehow monumental, Or at least descent.  This album is not monumental.  This album is not even descent and thank God I could listen to it online because I would be embarrassed if anyone came to my house and saw this CD lying about. Like a great deal of rap it is simply nice beats laced with crass lyrics of debauchery and arrogance. Just enough to stimulate an adolescent mind not yet mature enough to decipher between music that is good to dance to when you are tanked and music that is actually good. Therefore I can accept and understand that this music is relatable to some.

Best Day Ever has its time and its place, like everything thing else in life. This is club banger, sure, but an album that you just gotta run out and grab? Negative.  However Afroman did win a Grammy for “Because I Got High” so anything is possible and I am quite possibly in the minority on this. But this is just music that is void of any morals or real substance. The majority of Mac Miller’s songs are simple and simply about smoking weed and getting girls. But let’s face is, American Pop/Rap culture is not based upon the teachings of the bible. So if you are the type that will dance to a good beat no matter what the person is saying, then you may be able to get down with this. If you like smoking weed and getting girls, which seems to be the subject matter that sells records the most, then you also may really dig this album.

The up and coming the Pittsburg native is touring like crazy but still not quite a household name. Wait just another summer and I am sure that he will hit “Soulja Boy Tell ‘Em” status. I’m sure that a few more kids will drop their pants down past their behind or get a forearm tattoo inspired by Mac Miller. If you are over the age of 25 and a real bona fide adult with a job and responsibilities I doubt that you have much in common with Mac Miller’s music. If you are under the age of 25 you should be trying to figure out what in the hell to do with your life other than buying this album. Mac Miller, like so many other artists, is getting rich off of the rebellious streak.  But nobody stays young forever. I predict he will either use his talents to produce great music and transform his work into something truly valuable or he’s just another Eminem train wreck waiting to happen. 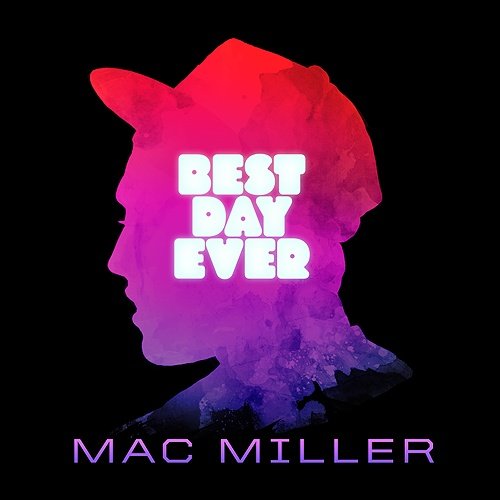 ‘Threw up in my mouth’ is not in the least overly dramatic. I like smoking weed and getting girls but Mac Miller is downright horrible.

i am not familiar with mac millers music… but who could have guessed that u would reference eminem in your review. clearly you have no respect or appreciation for hip hop as an art. you kinda suck. but i do have no doubt that mac miller sucks.