Jim Jones once again graces us with his skills and a new album. Capo will be the 5th studio album for an artist that has earned his stripes. This once hype man turned artist, and now record executive, has taken fully used his talent and know-how to flip his own success. Capo is just one more notch in Jones’ belt. He has come a long way in sound, lyrical content, and style since he was first interviewed by the MVRemix in fall of 2004.

The first single, “Perfect Day” is introspective, thoughtful, and even carries moments of poignancy; all the things that a good single should be. This single showcases the mutli-faceted quality that Jim Jones is known for. “Let me fly” that masquerades as one just for the ladies; but don’t let that smooth beat fool you; the song is for everyone; something to let thump in any stereo. Jones especially with the release of a deluxe album which features an additional 5 tracks: Baggage Claim (Feat. Sen City), Salute (Feat. Camron & Juelz Santana), Hockey Bag (Feat. Camron & Juelz Santana), Dope Boi (Feat. Mel Matrix), Bussa Move (Feat. Shoota,Hard Luck & Mel Matrix) which make the extra work to find the deluxe all the more worth it.

Arguably, some critics and fans have commented that they have heard all this before from Jim Jones; but they have greatly underestimated the elevation of rhythm, lyrics, and overall tone that this album has to offer over those albums previously heard from Jim Jones. This album is one that bridges fans from what was seen before to what talent lies ahead; it is like the preview to what’s next for the un-fade-able rapper.

If you want an album that takes you from the club, to your car, and maybe even the bedroom; Jim Jones’ “Capo” has what you need. This is an mc that deserves a lot of respect for creating an album that exhibits his talent and ability to create music that speaks to the masses along with those who rock to a slower beat. 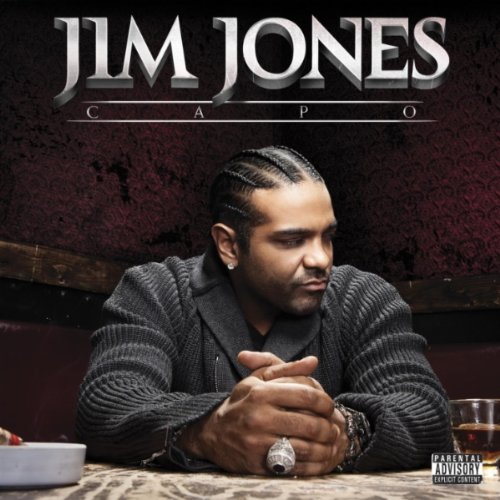