A major difference noticed is the lack of traditionally sampled beats that were often used on other albums. The instrumentation sounds much more original and cohesive with the blending of guitar, keyboard, and drum machine; Atmosphere has evolved completely into a full-fledged band. The result is a much more emotionally charged resonance of music and lyrics that work together harmoniously like the Flinstone family car. The touching piano melodies and soulful guitar riffs in My Notes and Your Name Here are testimonies to the group’s musical evolution.

The lyrical progression of ‘Slug’ sets the album far apart from the others. For fourteen tracks, Sean Daley composes a creative dissertation on a multitude of life’s challenging subjects, and from a new perspective; Sean is recently married, a father, and quickly escaping his thirties. By no means does this entail a ‘toned down’ version of the heavy themed lyricist out of Minneapolis. If anything, it adds wood to the fire. With a solidified self-understanding and confidence, Sean deals intimately and provocatively with abusive relationships, bankrupt friendships, love, loss, and everything in between with a sincere passion and security about his place in the world, and the music industry.

This has not always been the case. Sean has expressed his displeasure with the original Atmosphere album Overcast, refusing to ever play some of the songs, alluding that he was in an emotional tug of war with his identity, and trying to prove his legitimacy as a rapper. Now the proof is in the pudding. Songs like My Notes and I Don’t Need Brighter Days demonstrate the heights of his lyrical growth, and satisfaction with himself as an artist.

Through a beautiful mix of upbeat beats and melancholy melody, Family Sign introduces us to Sean Daley the man, Atmosphere as a collective and unified band, and a bright future for one of the longest standing hip-hop groups there is. This musical family affair shows definite signs of good things to come. 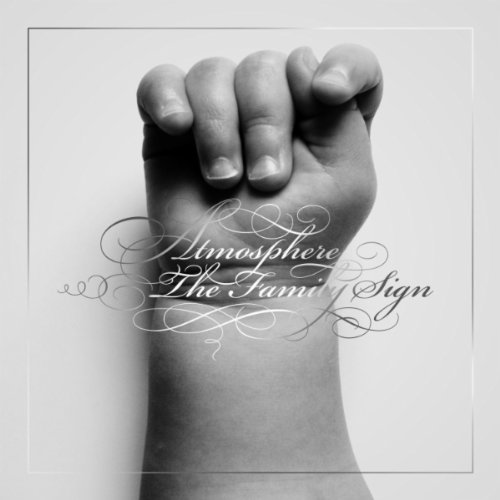