No holds barred, pure and simple. That is the only way to describe the new album Pl3dge, by Killer Mike. He takes no prisoners in his latest release, proving to be one more step in his evolutionary process where there is truly no ceiling he can hit.

Since 2003 we have heard what Killer Mike possess, but it is in the last few years that he has be linked to Outkast that he has truly been given a venue to shine and grow. There is nowhere to better see that growth than with Pl3dge. Nothing is off limits on this album, which in many ways acts as a call to action for the poor and disenfranchised, but also those living in the margins and to those who are often dubbed as heroes. In Mike’s eyes they are more apart of the problem than the solution. During “That’s Life 2”, Mike calls out to Ms. Oprah, Mr Cosby and President Obama.

“Why when Oscar Grant got murdered we didn’t here a peep from y’all…we appreciate the you delegated for Henry Gates, but what about your people slaving in these fields everyday…”

Killer Mike uses this song to call into question the efforts of the Black middle class and as to whether the Black faces we see are an indication of progress or assimilation and intra-racial classism.He takes on heavy ideas of what it means to not only be Black, but what progress should be mean to Black people.

This album starts out by making an impact, “So Glorious” could be considered Mike’s own version of “Juicy” as it gives reference to all the things good and bad that has brought him to the place he is now.

“If it weren’t for Rap, I’d have a job to sell cocaine…they say I celebrate the pusher that’s profane. I say to feed my babies, I’ll do anything. I’ll sell “H”, I’ll sell “C”.”

Everything about Pl3dge is a testament to what happens when an artist becomes reflective, Killer Mike has used the use of hard beats and unlike the slow melodies that other acts use, Mike has skipped the dramatic mix-mastering and delivers his message with rhymes that don’t hide, but come full force, without shame. Pl3dge is an album that is reflective of both lyrical and spiritual growth.

Killer Mike is giving listeners a dose of medicine and something to bob their head to. Pl3dge definitely proves itself as an album worth coppin’, putting in the stereo, iPod or downloading on your phone and playing on repeat. 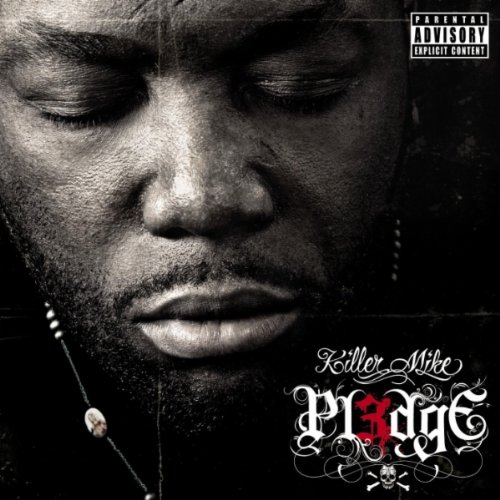