Detroit rapper Big Sean says he’s ‘finally famous,’ and if the VIP cast on his album of the same name is any indication, you should probably take him seriously. Finally Famous is the symbol of Big Sean’s glamorous come-up in the rap industry – and glamorous this album is. As his first studio album, it’s the culmination of his grandiose dreams of making it big, all the way from rapping for the first time for Kanye at a local Detroit radio station, to collaborating on Finally Famous with the likes of Lupe Fiasco, Rick Ross, and John Legend.

If Big Sean wanted to make an album that was going to achieve national radio play and catch the attention of the mass r&b/rap/hip hop circuit, he hit the mark right on target. Kanye West, The-Dream, Pharrell, and Chris Brown are just a few of the superstars that join the aforementioned names on Finally Famous. And there simply isn’t a contemporary pop/hip hop radio station in the country that hasn’t already suffocated its listeners’ eardrums with Sean’s and Chris Brown’s “My Last.” We can probably reasonably assume the same destiny for the stoner anthem, “High,” on which Big Sean collaborates with Wiz Khalifa and Chiddy Bang.

Though the album boasts a healthy dose of celebrity and glitz, it’s easy to drown in the stew of superstars that is Finally Famous. At some point I got so confused and disoriented that I thought I’d accidentally picked up “Now 80.” Finally Famous is simply a mash-up of collaborative tracks in which Big Sean spews mediocre rhymes and dull analogies (case in point: “Took longer than expected, Came back around like a necklace”) that are otherwise interspersed with vocals by folks who are, well, famous-er.

I’m not saying I didn’t enjoy Finally Famous. “So Much More” gets some major cool points for boasting a Motown-reminiscent melody with its piano and tambourine. And as flashy as “Celebrity” may be, whenever the song comes on, I’ve got to get up and dance. Yes, Finally Famous is an r&b-loaded album that’s got beat, it’s versatile, and with its celebrity players, is going to appeal to lots of different demographics. But therein also lies the problem: Big Sean simply gets lost in the big-shot pandemonium. It’s too hard to tell whether his skills would shine on another, more understated album with less collaborations. That’s not a good sign.

Sometimes an artist wants to be known for his appeal to a discerning audience. Sometimes it’s about being the best in his genre. And sometimes, it’s just about finally being famous. 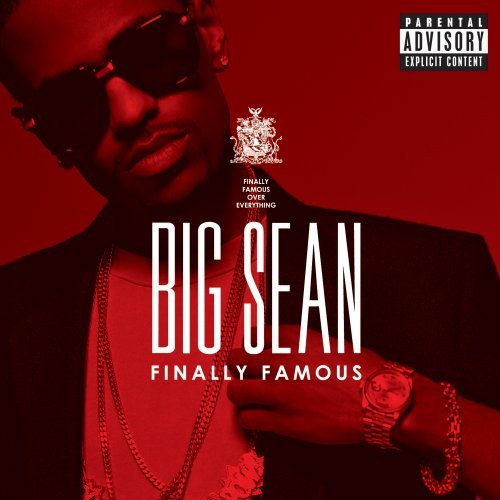