If you’re struggling with life’s trials and tribulations, Seattle breakout rapper Grieves wants you to know you’re not alone. His debut album, Together/Apart chronicles the struggles of a regular old guy – one who stops at nothing to dramatically bring to life what those struggles are. Vivid imagery and clever metaphors dominate Together/Apart, which strays from the traditional rapper’s norm of slayin’ bitches and rollin’ on 22’s by simply coming out and saying that life – both in and out of the rap spotlight – just ain’t easy. Grieves’ first statement to the world with Together/Apart is one of humility and realness.

Teamed up with Brooklyn-based producer Budo, Grieves presents us with a record truly from the heart. Budo provides a diverse musical backdrop over which Grieves lays down raw, emotional verses. And he does not keep any secrets. Grieves takes us through a self-reflective narrative in the track “On the Rocks,” where he laments girls (or lack thereof), rent bills, and a drinking problem. It’s quite the departure from radio-rap’s propensity to smack incessantly of gold grills and a seemingly unlimited supply of women.

With Budo behind Together/Apart’s production and sound, each track’s bass and musical structure conveys a completely different emotion than the last. The album is layered with happiness and longing, satisfaction and depression — all at the same time.

Perhaps the most honest track on the album – and my favorite – “Against the Bottom” paints for us an especially candid picture of the inner struggles of a relationship that’s been peppered with trauma. “Against the Bottom” is the last song on the album – a seemingly purposeful move because in it we get to see a softer side of Grieves, we get to be a part of his heartbreak over a lost love. The music behind the song, however, isn’t melancholy. Its medium tempo and pleasant melody gives it a nostalgic vibe, almost to suggest Grieves has made peace with what has happened in the relationship. Yet the words are still as piercing as though he hasn’t.

The complexity of Together/Apart makes it hard to believe Grieves is simply a breakout rapper who just launched his debut album. And it’s hard to believe that a budding rapper these days might care more about relating to his constituency than simply hitting the big-time. But as he says in “Sunny Side of Hell,” “Grab hold yourself and face those days when you feel like it always rains…yeah, you are not alone.” 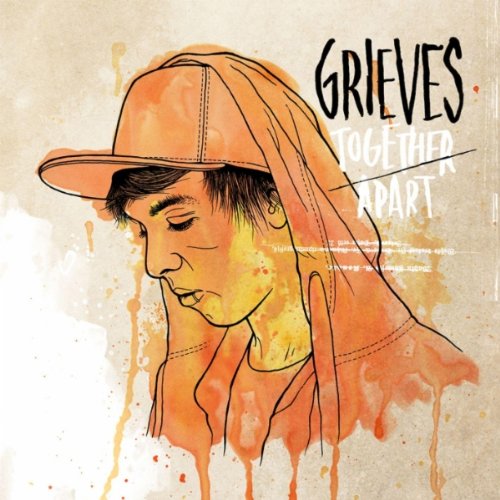