Nothing can help an awkward girl through the roller coaster that is high school like a group of four boys sensually singing about love and heartbreak. Okay, maybe that’s too much personal experience talking there, but Jagged Edge’s comeback album The Remedy whisks me back to my sophomore year when I might be found spending a whole Friday night listening to r&b and dreaming about my crush. Ah, those were the days.

Admittedly, Jagged Edge’s music is probably a bit more adult than the schoolgirl daydreams I was having, but The Remedy proves that JE is still as relevant today as it was back then. At first glance, one can easily infer that on the whole, the album is dedicated to the art of, well, lovemaking. And one’s inference would be correct; with titles like “Lay You Down”, “When the Bed Shakes”, and “Let’s Make Love”, the writing’s pretty much on the wall.

Evident on The Remedy is a soul and an honesty that’s unique in an industry often known for shameless egoism and self-indulgence. Always candid, self-aware, and authentic, Jagged Edge’s lyrics cut right to the core of real human emotions. And they don’t have to be complicated or intricate in order to convey something with which we can all identify. We all fall in love and get burned, we all experience intense attraction and sexuality. But not every artist out there is willing to detail it like Jagged Edge does.

But Jagged Edge is so much more than four suave, oversexed guys. The Remedy features both the slow ballads we expect from the group as well as up-tempo dance tracks. “Lipstick” features Rick Ross and demonstrates Jagged Edge’s ability to incite people both to the bed and to the dance floor.

Though no-doubt a great sounding album, The Remedy isn’t the type of record to dissect and analyze. There’s nothing to interpret beneath Jagged Edge’s simple lyrics and fitting melodies. But therein lies the beauty of Jagged Edge; the music is accessible to just about anyone. So, my advice is this: if you’re in the mood to party, throw on “Lipstick.” Heartbreak troubles? You might find solace in “Mr. Wrong.” And if the mood’s just right– well, then you’ve got quite the pick. 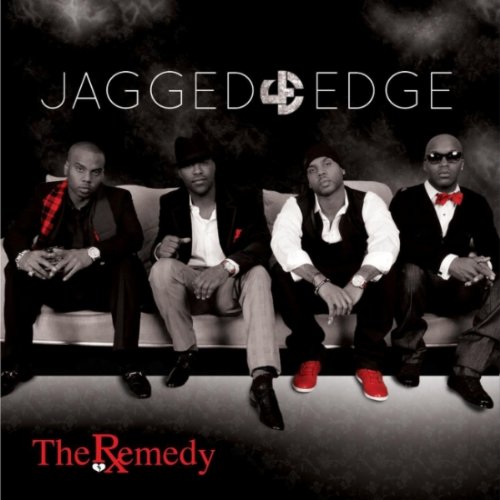 We all fall in love and get burned, we all experience intense attraction and sexuality. But not every artist out there is willing to detail it like Jagged Edge does. Well said Julia