When a musical collective is labeled a supergroup, there is definitely a lot to expect. Random Axe is without a doubt a supergroup, and they confidently wear that label with bravado and unquestionable swagger. Comprised of Black Milk, Guilty Simpson and Sean Price, Random Axe is anything but random. Talented MCs coming together to create a unified album that delivers like a full-force axe, Random Axe’s self-titled debut album is a nice introduction to the group.

From the start, the production is choppy, eerie and somewhat dark, but fits for the hard, dark-humored rhymes of Simpson and Price. “Black Ops” features explosive snares, and a guest appearance from Fat Ray. “Chewbacca” and its spooky, flowy synths, contribute to Roc Marciano’s stream of consciousness delivery, his narrative mysterious, yet effective.

“Everybody, Nobody, Somebody” addresses issues ranging from cultural, to political. The eerie, minimal production on this track, is almost as haunting as the subject manner. “Jahphy Joe” combines cracking drums, theremin sounds and guest appearances from Melanie Rutherford (who lays down a great chorus) and Danny Brown, to create a track that is just absolutely intimidating.

“Never Back Down” showcases Simpson’s ability to hold down a track all by himself. He manages to state his greatness in 47 seconds; effective, and precise, it is obvious that Simpson means it when he says, “My ego’s big,” and defends the statement with such a tough guy delivery, that you can’t help but agree.

“Another One” is absolutely crazy, especially when Trick-Trick spits over it. His delivery is uncontrollable and untamed, a verbal onslaught that is just so hardcore, you might not be able to get through the rest of the song.

Overall, this trio is mind-blowing. Black Milk’s production is minimalist and eerie at times, bringing to mind those such as, J Dilla and RZA. Other times, it can be electro-influenced, grabbing sounds from the realms of Kraftwerk, and specific artists such as Brian Eno. To be able to cultivate a sound like that is commendable. Add in Simpson and Price’s impeccable and intimidating flow, and you have an album that is great in so many ways. At times the group does falter, and some tracks may not stand out as much as others, but the album is definitely listenable. The guest appearances are a great contribution to the album, and the diverse selection brings a different energy to each track. Random Axe’s self-titled, debut album is a warm welcome into their world, and these guys confidently show it off for everybody to see. 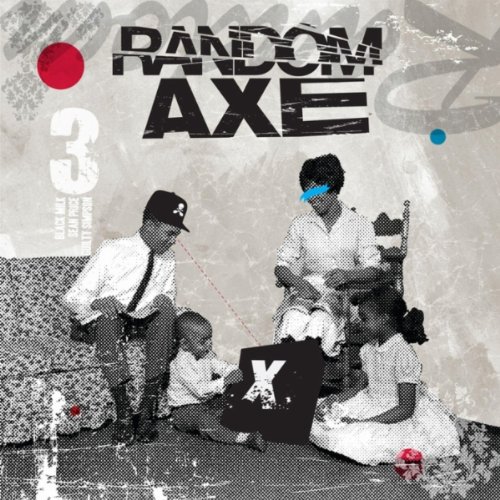