I assume it doesn’t need to be said that Wu-Tang Clan isn’t the everyday conventional group of rappers. But for the purpose of this writing, I think it’s important to highlight just how unconventional they are, and why they don’t have any place on the radio. Wait, don’t panic, this is a good thing. Wu-Tang has always said what no one else wants to say and many don’t want to hear, and that’s what makes them one of the most influential rap groups in two decades. Wu-Tang Clan’s most recent album Legendary Weapons vividly echoes the group’s famous no holds barred attitude.

Wu-Tang Clan has come a long way since its start in New York in 1992—from solo albums to movie careers, it would seem RZA, GZA, Method Man, Raekwon, Ghostface Killah, Inspectah Deck, and U-God have been everywhere. Legendary Weapons, however, confirms that Wu-Tang Clan hasn’t forgotten where it comes from. It is loud, in your face, and raw, both musically and lyrically. “Start the Show” begins the album with a fierce criticism of the current political and social climates, making a forceful thesis for the rest of the record. Likewise, you’ll find Method Man rapping, “No justice in the system, look around, it’s just us, they tell me only God can judge us” in the track “Diesel Fluid.”

Legendary Weapons continues with a variety of tracks that differ in tone, speed, and melody. While “Never Feel This Pain” is a bluesy, syrupy track about getting out of the ghetto, the song “Legendary Weapons” carries a thumping beat and is layered with various sound bytes; it’s a throwback to their old, stripped down beats. But as diverse as the Legendary Weapons’ sound may be, two aspects remain true on the album: the group’s honesty and outspokenness. Nowhere on Legendary Weapons will you find a collaboration with a mainstream, pop rap artist. In fact, Wu-Tang even hates on a few of them on the album—but I’ll let you find those gems yourself.

Legendary Weapons is most definitely a legendary effort by a group of guys who continue to put out complex, thought-provoking, and political music. It’s everything you’d expect from historically one of the most controversial and outspoken rap groups out there. And somehow, the Wu-Tang boys have managed to have shaped what rap is today all while staying out of the mainstream spotlight. They’re too real for the radio. Which makes them pretty much awesome in my book. 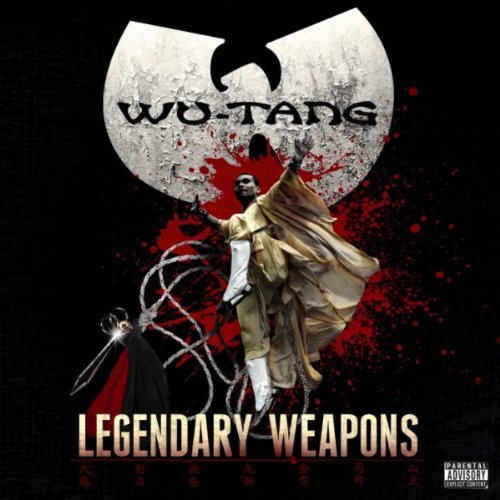