Kid Cudi captured our souls with the release of his debut studio album Man on The Moon: The End of Day in 2009. Since then, he has been the leading champion in creating a new direction for Hip-Hop/Rap music. With his purely unique vocal, Cudi has successfully introduced us to a realm of music that glows with futuristic beats and profoundly insightful lyrics.

With his most popular songs “Day n’ Nite,” “Pursuit of Happiness,” and “Memories” ft. David Guetta, Cudi presents catchy fresh beats and masterful flow. However, it is songs like “Heart of a Lion” and “Cudi Zone” that show his deep lyrical messages on life.

Cudi reveals his true artistry with the release of his rock album WZRD. As he picked up the guitar a year before recording WZRD, Cudi ended up playing the guitar, keyboard, percussion and drum portions for this album. Ultimately, WZRD proves to be a relatable experience as Cudi tells stories of love, pain, and heartache.

The recent release of Cudi’s self-produced single “Immortal,” off the yet to be released album Indicud, is a fascinating song that reveals Cudi’s super powers as he reverses and speeds up MGMT’s “Congratulations.” The beauty in the song lies in his lyrical confessions as he laments, “Spent the last month feeling bad ‘bout myself, I couldn’t speak anything of real hope.” Conversely, Cudi now has grown stronger from the painfully challenging moments in his life with a “sudden peace in [his] walk,” while ultimately possessing a feeling of immortality.

Indicud is set to release April 23, 2013 and will feature Kendrick Lamar and his G.O.O.D. Music partner Pusha T. 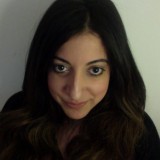 Berenice’s musical taste is diversely unique as it starts off with country, turns a pivotal corner at rap and settles comfortably at pop. She enjoys slipping her cowboy boots while swaying to country music. She feels right at home swagged out in her Air Yeezy’s while head bobbing to rap. She further pairs her Chucks with some denim jeans while jamming to some pop. Writing about music is her greatest passion as music is what breathes air into her life.