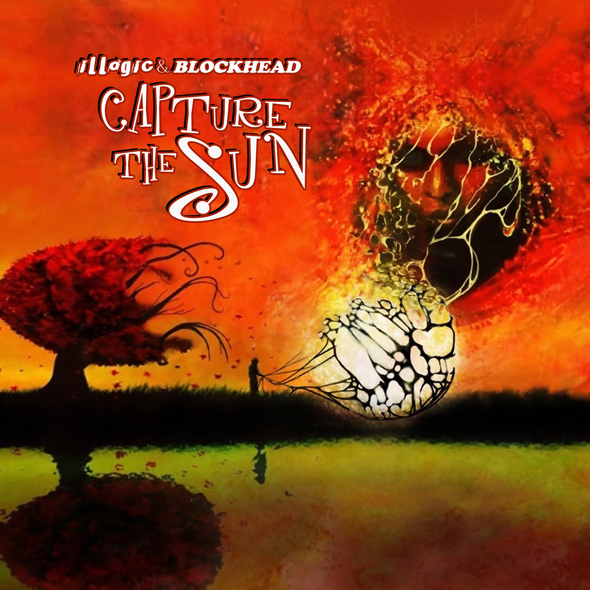 Next week, Illogic & Blockhead will release their first collaborative full-length album, Capture The Sun. The album, which includes features from Slug, Blueprint, Abstract Rude, and more, will be released on TK via Man Bites Dog Records, and today, Illogic&& Blockhead are debuting a non-album exclusive remix of album track “Live From the Horizon.” The song was remixed by fellow DJ/producer, and Columbus, Ohio, native, RJD2 and was premiered by Rolling Stone.

RJD2’s remix is a complete reimagining of the song. The song gets transformed from a punchy and aggressive vendetta into a trippy reflection. “I was really excited with the direction RJ took the remix,” remarked Blockhead. “It’s cool when someone flips the entire vibe of a song on it’s back, ’cause it basically feels like creating an entire new song.” That sort of 180-degree change is possible because of the songs subject matter – mistrust and falling out with friends. “When close friends treat you like crap for a while then songs like Live from the Horizon are born,” Illogic explains. “Blueprint told me most great art can’t exist with out Pain.” For RJD2’s part, the collaboration was a nice reunion with Illogic, the two having spent years working in the same underground scene. “Illogic and I cut our teeth at roughly the same time in the Columbus underground,” recalls RJ. “We’ve know each other for a long time, and it was cool to reconnect on this remix.”

Stream “Live From The Horizon” here

With collaborative history dating back to 2000, two established independent artists in Illogic and Blockhead are teaming up for their first full-length, Capture The Sun. The Columbus, Ohio emcee/poet and Manhattan artist/producer agreed to the project during a creative intersection in their solo careers: Illogic wanted to “step outside of himself” to focus more on storytelling and relaying the feelings of his present, as he pursues his dreams while serving as a father and husband; Blockhead, fresh off a string of instrumental releases that followed extensive work with Aesop Rock earlier in his career, wanted to once again collaborate with rappers. Through virtual sessions, Illogic picked through hundreds of Block beats, and began bringing the long-developed theme of Capture The Sun to words. Over 40 songs were recorded, with two free EP’s released prior to this album. Now, on April 16th, Illogic & Blockhead will release Capture The Sun, along with features from Slug (of Atmosphere), Blueprint, Abstract Rude, and more, will be released on TK via Man Bites Dog Records.