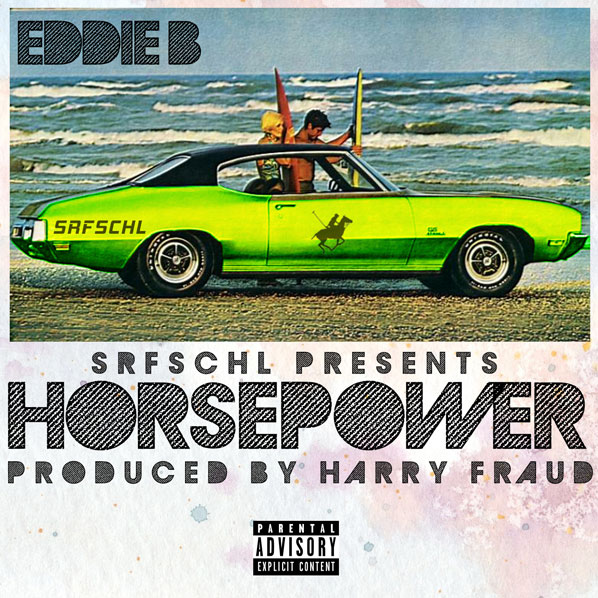 Eddie B. & Harry Fraud are excited to release their brand new free EP, Horsepower. The project, which includes instrumental versions for each of the tracks, also includes features from Action Bronson, Meyhem Lauren, Apathy, Maffew Ragazino, Adrian Lau, and Shabaam Sahdeeq. The tape, out today via Man Bites Dog Records, in conjunction with SRF SCHL, can be downloaded for free exclusively via DatPiff.

Eddie B. & Harry Fraud are longtime childhood friends and collaborators, with the rapper/producer pair having previously collaborated on 2011’s The Lucky 7 EP. Their collaborative efforts have continued since, and while Eddie & Fraud will release a retail album, Paper, Piff, And Polo, via Man Bites Dog Records this summer, this Horsepower EP serves as a warm-up, a way for fans to get familiar.

And Horsepower, at 10 tracks, is a perfect introduction for the uninitiated. Fraud, who’s produced for the likes of French Montana, Curren$y, Smoke DZA, Action Bronson, and plenty more, pulls no stops on Horsepower, serving up a collection of hard-hitting, soulful yet gritty tracks, and Eddie B. takes full control of the tracks, ranging from a silky laid-back flow on tracks like “Courage,” and flipping that easily to a quick-time whisper flow on tracks like “Marvelous.”