On June 11, a mixtape of The Game tracks quietly hit digital outlets like Rdio and Spotify to no fanfare whatsoever. Judging from the album art which smacks of bootleggdness, there’s probably more than a good chance that the release isn’t one that’s fully authorized by The Game, if the Rapper’s even aware of it at all. Search results show that the tracks went on sale on iTunes, but are no longer available, at least in the US. Some rinky-dink label has put out the 15 track compilation, entitled “The Game: Last of a Compton Breed.” However the label got their hands on these Game tracks, its pretty clear that this is a straight-up money grab aimed at cashing in on a big-name rapper’s celebrity.

Aside from the legitimacy of this mixtape, which is beyond questionable, the book matches is cover in this case, with a thrown-together feel and sound. With a couple of weak freestyle tracks, recycled material from Black Wall Street mixtape sessions, and a number of uncredited guest rappers, there’s really no rhyme or reason to this release. Couple that with the fact that it all sounds like it was put together on a laptop, without mixing or mastering, and you’ve got a really sloppy mixtape. Fans of The Game should be strongly cautioned against purchasing or supporting this release due to the lack of credibility associated with its release. For die-hards, who are chomping at the bit to get their hands on any new Game material, here’s a rundown of a few tracks that do bring a little bit of heat:

Midnight Rider – This one’s a game track through and through, with one of those sped-up soul singer samples, gun cocking to the mid-tempo West Coast beat, and The Game laying down a menacing hook in between verses breaking down the hustle of a true Cali G.

Streets – Game’s flow is at its finest, and probably fastest here on this track. Only problem is, there’s only one verse, and the rest of the song is a couple of hooks that are smooth but kind of generic.

Murder – This slower joint is some pure west coast funk. Game brings a couple of verses about the state South Central gang life, filled with references to neighborhoods, locales, and affiliations.

And that’s about it. Check out the rest of the tracks only if you’ve got the biggest of jones for some new Game material, but be warned there’s not much Game to these tracks, with many featuring only 1 verse spit by The Game. In fact, there is at least one song that doesn’t have the Game on it at all, which is kind of inexplicable on a mixtape that’s at least trying to pass of its material as relevant. Sorry to fans of The Game, Mo Thugs hasn’t done the rapper any justice with “Last of a Compton Breed.” 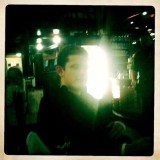