With the flick of a lighter and Wayne’s signature pot-head giggle, Tha Carter IV kicks off like the distinctive whistle of an atomic bomb in a high speed plunge toward earth. In less than fifteen seconds, the self-proclaimed “King of Hip-Hop” will have you cowering beneath your kitchen table with your head between your knees in tumultuous anticipation of the lyrical explosion that is undoubtedly on it’s way to fuck up your world…

Unfortunately, the record begins not so much with a bang, but with a whimper.

Tha Carter IV’s hackneyed inaugural track “Intro” is a rigid, mid-tempo washout from the moment Weezy starts into his indolently written verse, until he finally puts the track out of it’s misery. Had he simply scrapped Intro all together and started off with the album’s second track Blunt Blowin’ Tha Carter IV would have had the volatile, momentous launch that is the God-given right of any release from the Young Money war chest. After all, Intro, Blunt Blowin’, and ten more of the record’s other eighteen songs start off with the exact same ‘lighter click, inhale’ combo anyway.

Despite the negative picture I’ve painted thus far, Lil’ Wayne quickly redeems himself, with an album whose track list is not only lyrically substantial but fearsomely catchy and addictive. Creative and original cuts like the chilling, pseudo-political President Carter and evocatively emotional Mirrors add humanity, depth, and dimension. Songs like How to Hate bring humor and edge, while its sister track How to Love provides us with a rare and momentary glimpse of the more sensitive side of the hip-hop powerhouse. If nothing else, Tha Carter IV is unquestionably, an album of layers and refreshing complexity.

So, once again I find myself on the opposite end of the spectrum from my music reviewing peers, who have unexplainably been foaming at the mouth, spitting licentious vitriol all over Tha Carter IV. In this writers humble opinion, Tha Carter IV, as a whole, is a much needed return to form for Weezy, especially after the half-witted rap-rock monstrosity that preceded it, Rebirth. If you can work your way passed its bumbling, snooze-worthy beginnings, and a few irritatingly repetitive and ridiculous production decisions.
Tha Carter IV is a great album.

Despite their ridiculous name, Swollen Members are one hip-hop trio that deserves to be taken seriously. Monsters II is nothing less than an audial feast; a mouth watering spread composed of a vast and copious array of unique individual flavors, that have been synergized into one surprisingly satisfying musical dish.

Yet, somehow they make it work. A fifteen track whirlwind of monsters, darkness, and chemical weapons. Never boring, always unique, and on occasion completely sensational. Rob the Viking’s refreshingly original and complex beats elevate Mad Child and Prevail’s vocals to a level unmatched by many of the hip-hop mainstream’s most beloved superstars. The lyrical content, though often scattered and recurrently nonsensical, is relatively solid and complimentary to the overall mood of the record for the most part.

A few laughable lines crop up from time-to-time, raining flippancy and mawkishness down on the Canadian emcees lyrical parade (“I’m the Mad Child I make murderous material, wake up in the morning and I eat my cereal”).

Aside from occasional lazy lyrics (and apparent inability to come up with something relevant that rhymes with “material”), the high-points of Monsters II outnumber it’s low-points en masse. The popular opinion seems to be that “Trust” is the albums stand-out track, and quite predictably, I find myself at odds with my peers. Though “Trust” is an undeniably fantastic song, it’s during Monster’s markedly complex centerpiece “Heartland” that the Wünder-Trio of Canadian hip-hop illustrate what they’re truly capable of.

Arabic Flute soars like a flying carpet, over a stripped down beat composed of three acoustic guitar chords, supported by a kick drum bass hit, finger snaps, and the faint hiss of sundry cymbal rolls. The light-hearted and playful lyrics mixed with the quick, exotic rhythm provide a much needed shift away from the dark and haunting heaviness of the album’s first seven tracks.

There are, as per usual, some lesser tracks on Monsters II, that you will inevitably skip on a regular basis after the initial listen through. There are also a few mundane, middle-of-the-road tracks to slog through. Monsters II is by no means a perfect album. What makes the album worth spending your hard earned allowance on, are the tracks that Swollen Members hit square in the jaw. That tingle you get when listening to songs like “Heartland” and “Trust” for the first time… That’s what music is all about.

Swollen Members have created a unique, elaborate, and entertaining record, with no misconceptions about being anything other than what it is; a dark, horror-tinged, club-worthy hip-hop album, that never takes itself too seriously. 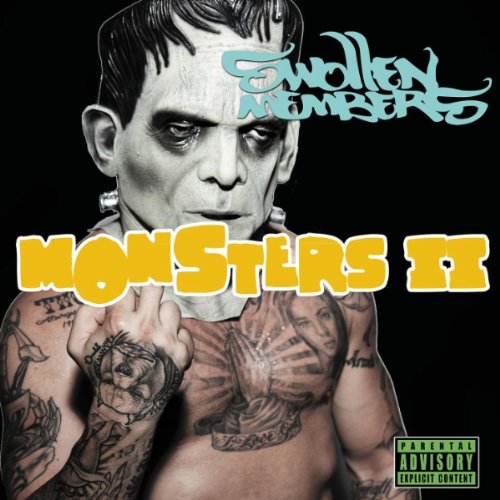 The Chill Out Zone’s soft, stoner-friendly beats, thick keyboard laden melodies and well written verses, perfectly executed in Wiley’s hazy English accent, are certainly chill inducing in both senses of the word. The majority of the songs are relaxing, easy to listen to, and would make for killer background beats for a laid back night in a smoke filled basement, puff-puff passing a gutted Swisher Sweet around a tight circle, laughing about nothing in particular. But if you can manage to stop hacking and coughing, long enough to listen to his lyrics you’ll find that they are anything but chill.

The first five tracks of “The Chill Zone” are deeply personal and heavy handed pieces, covering a menagerie of subjects ranging from war to the current and future state of rap, hip-hop, and even the meaning of life. The first five tracks on the album are some of the strongest, deepest, and artfully crafted tracks I’ve heard out of the UK hip-hop scene since Tricky.

Many will argue, and have argued, that Wiley has sold out, forgotten his roots, and cannot be counted as a member of the UK hip-hop elite. I vehemently disagree with this line of thinking. The beats may be softer, the instrumentation eclectic (at times, sounding as if they’d feel at home in a rain forest rather than on a hip-hop record), and there is a distinct lack of that familiar, fender dropping, door rattling, 808 bass drop we’ve all come to know and love.

Despite all of these very anti-hip-hop vibes Wiley retains the virgin-tight rhyme schemes, and needle-point precision flow that only the most elite  and genuine artists of the hip-hop world possess; skills that he flaunts and displays, with perfect aim and with pure, crystal clear, unadulterated talent, on track after track of “The Chill Out Zone”.

The first half of the album is indeed a powerhouse of emotion with strong, precise messages, as well as musical and vocal artistry. Tracks six through eleven however, fall short of such lofty praise. Though none of the songs are bad necessarily, they most definitely leave something to be desired, especially after the energy and fire of their five predecessors. Far too many of the songs are centered around relationships, love, and sex.

It’s Wiley’s positive demeanor and gentlemanly manner that lend his songs a sense of cheesy childishness. Though positivity, chivalry, and respect are timeless and endearing traits that all men worth their salt should possess; they seem to coat hip-hop songs in a sort of, squirmy awkwardness, akin to the sickeningly polite, well-groomed, virgin boy we all remember from grade school, who got his ass beat daily during recess. Rap and hip-hop songs should be tough, gritty, and without apology, like the tall greasy mean-mugged kid who, inexplicably, fucked every hot chick in school, despite treating them like thirteen year old street trash.

Overall “The Chill Out Zone” is a decent album, with well-crafted vocals, some great hooks, and a lot to say. Unfortunately, it is dragged, kicking and screaming, out to the playground, and beaten to a musical pulp, by its latter half. All of the heart, attitude, and energy of the first six tracks is watered down and degraded by the grade school romanticism, decade late beats, and bad sound FX lifted straight from your old 8 bit Nintendo console. 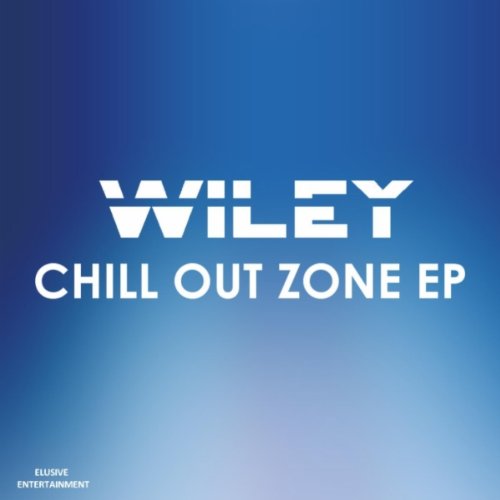