Oh Chris… C. Breezy… a complicated man, tortured soul, at times hair triggered and other moments, a sweetheart. Such a complicated relationship many listeners have with this artist and wild man – but how best to compare the two? How best to separate the man that throws chairs through windows and the man who gets listeners in the mood with songs like, “Wet the Bed” and “No Bullshit” (the titles are rough, but the lyrics encourage you to do everything soft and slow).

However; as reviews go today; it is not my job to judge the man, but the album and even though I may question his mental balance, there is no doubt after listening to his latest album; F.A.M.E, (which has gone through 3 meaning changes: “Forgiving All My Enemies,” “F*ck All My Enemies,” and finally “Fans Are My Everything”) that in the studio, Chris Brown is a force to be reckoned with in a very positive way.

This album has everything a good R&B album should, music to bring you to the bedroom, something to keep the rhythm while you are in there and even a couple of songs to listen to while you make the obligatory post “gettin’it” snack! Now don’t get me wrong, it is not all about sex and lovemaking. “Deuces” provides the breakup track and “Should’ve Kissed You” (we will be mature and assume this song is not about Rhi Rhi) lets you reminisce about a lover long gone. Just in case you don’t have anyone to make love to, argue with (or miss) Wiz Khalifa makes an appearance on “Bomb” (on the deluxe version) so you can make your way to the club and find someone.

This album knocks in the best ways possible as it has the ability to do what most albums as of late do not; have you turn it on and let it play all the way through. There is no need for skipping with F.A.M.E. Like good foreplay you want each song to last as long as possible.

This week Chris hasn’t gone upside anybody’s head, his hair is back black and the GMA window has been fixed for a few weeks now, so we are going to focus on the music and give this young man his props for creating an album that focuses on life experience, his musical maturity, and thoughtful and successful collaborations with a group of diverse and creative artists.

It is said that with genius and talent come with some level of insanity; maybe F.A.M.E is Chris’s expression of that saying because even though the actions of Chris Brown [the man] are at best questionable, there is not doubt about the talent that went into F.A.M.E. 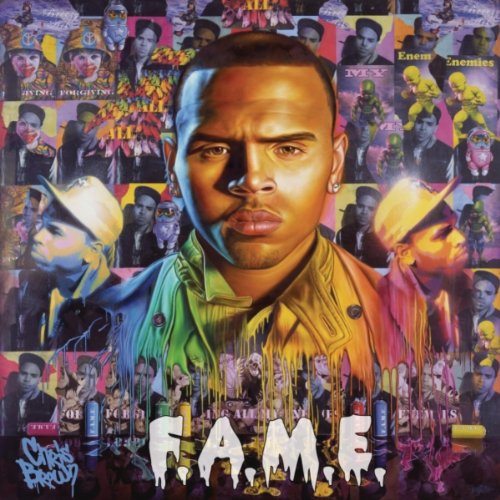 T.I. – Get Back Up video featuring Chris Brown

Official music video for “Get Back Up” by T.I. featuring Chris Brown off his upcoming album No Mercy due in stores on December 7th.

The official music video for Bow Wow’s “Ain’t Thinkin’ Bout You” featuring Chris Brown, from the album Who Is Shad Moss?, due out Dec. 14th.