Oneirology is the study of dreams. The Cunninlynguists made this album no different. The progression is laid out like a dream, from the first track “Predormitum” (falling asleep) to “Hypnopomp” (waking up) and the last song “Embers”, representing recalling one’s dream.

While reminiscent of the Cunninlynguists’ last two releases, “Oneirology” is distinct. Conceptually, it is very different than their previous albums. It portrays a mass dream of humanity, projecting what the Cunninlynguists believe is important, through symbol and allusion. This is very refreshing, as many artists explore new avenues they seem to loose touch. However the Cunninlynguists carry on the consistency of already amazing work, even with new flavor.

The instrumentals for “Oneirology” are razor sharp. While they’re original, the samples are apt to induce nostalgia. Not over produced with a lot of bells and whistles, but every little sound bite and effect moves cogs in ones mind. Some of the most effective being the vocal samples in “Get Ignorant”. However those in “Murder” and “My Habit” are almost equally as stirring.

Most of the lyrics deliver an upper-cut of a punchline every other bar. Which becomes obvious after listening to “Predormitum”. As the first song it sets the tone of lyrical crescendo that permeates the rest of the album. The order of songs is keenly organized, drawing you in more and more until the very last one. “Darkness” being one of the most powerful tunes, is second. Leaving you defenseless against the need to listen to the rest of the album. Anna Wise’s feature on that song was not only soulful but necessary. As well as lacking any pretension that’s found in a lot of cross genre collaborations (at least ones contrived for commercial success). However, neglecting to mention Bianca Floyd’s oration in “Hypnopomp”, would be criminal. Her mix of stirring words and stern voice is incredibly moving.  This isn’t to say the other artists featured aren’t worth mentioning but those two are exceptional.

To say this “Oneirology” is an alright album would be an understatement. Perhaps if you want to hear something like “Will Rap for Food” you’ll be slightly confused but not disappointed. The thoughtfulness, and the Cunninlynguists’ sense not to stray too far from what they know will please old and new fans alike. 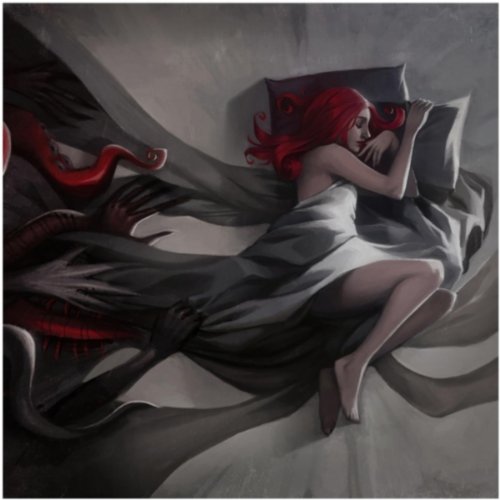 CunninLynguists featuring Freddie Gibbs – “Hard As They Come (Act I)”

After Strange Journey Volume Two’s “Imperial” and Str8 Killa’s “The Coldest”, CL and Gangsta Gibbs connect again for a third Kno-produced banger. Listen to the second official leak from Oneirology as Natti, Freddie Gibbs and Kno ask “Who am I?”

CunninLynguists STARS SHINE BRIGHTEST (IN THE DARKEST OF NIGHT)

Natti, Deacon The Villain & Kno return with the first leak from Oneirology, their newest studio album since 2007’s Dirty Acres. “Stars Shine Brightest (In The Darkest Of Night)” is a battle-cry for anyone just trying to make it through the struggle, which nowadays includes nearly all of us. Keep on pushing!

CunninLynguists
GIVE FANS WHAT THEY’VE BEEN DREAMING ABOUT:
“ONEIROLOGY” LP WILL BE RELEASED 3/22/11

After almost a decade in the game, independent veterans the CunninLynguists prepare to release their 5th studio album “Oneirology” March 22nd via RBC Records & Bad Taste Records. Including features from artists such as Big K.R.I.T. and Freddie Gibbs, Oneirology is titled after the study of dreams and is aiming to pick up where their last studio album, Dirty Acres, left off — providing hip-hop fans with a dense, complete “Album Of The Year” contender and building on their wildly successful independent career.

Since the groups inception, Deacon The Villain, Kno and Natti have eschewed categories, boxes and labels for 8 years, 4 albums and 4 official mixtapes — all while having what XXL Magazine described as the “Most Hated Name In Rap”. The result? If you want to use labels and genres — Southern boom-bap is what one might conjure up. Too white for BET, too black for MTV2. A preacher’s son from Kentucky, a Caucasian guy from rural Georgia and a convicted felon. But mainly — a self-made career, one of the most consistent catalogs of any current hip-hop act and one of the most loyal and internationally diverse fan bases in all of indie rap music.

Believing that success comes to those who work for it, the group has toured across the globe appearing on stages alongside acts such as Kanye West, Cee-Lo Green, Raekwon of Wu-Tang Clan, Bun B, Nappy Roots, Brand Nubian and more. They have headlined tours that spanned weeks and continents and played some of the largest international festivals in the world — all while building a reputation for having one of the best live shows in hip-hop music.

CunninLynguists have consistently given their fans music that resonates with them for nearly ten years. That is the main reason that the group’s following hasn’t diminished in a time where rap acts can often find themselves going from MTV to the unemployment office in a matter of weeks. Oneirology will prove to be another testament to the fact that in 2011 all people want is quality music — and that CunninLynguists know how to deliver.

The official video for CunningLynguists “Cocaine” from their Strange Journey: Volume 2 album out now!