Long Beach, California emcee/producer, and third member of Tha Dogg Pound, Soopafly, is back with the release of his highly anticipated new studio album Best Kept Secret, available August 30, 2011. The album features collaborations with Daz & Kurupt of Tha Dogg Pound, Goldie Loc, Maylay, Kokane, Short Khop, Mykestro, Damani, Bad Lucc, J Black, Pilot, Terrace Martin, Toke tha Smoke, and Deacon of the Chuuch, in a series of gritty and polished tracks. Meanwhile as the rapper prepares to release his new album, fans have the opportunity to see him perform live on the international Doggumentary Tour with Snoop Dogg, throughout the year.

Soopafly is also currently working on new projects with Short Khop, Latoiya Williams, Mark Morrison, and he’s now back working with Dr. Dre, on the highly anticipated album, Detox, “I’m in studio working with Dr. Dre again. Making sure this Detox sound got my imprint on it too. You won’t be disappointed” says Soopafly.

C.E.O.of his own production company Fly2k Productions, Soopafly, real name Priest Josef Brooks, met Snoop Dogg and Dr. Dre during his teens, proving himself with his keyboard skills, which lead to playing keyboards for Dr. Dre and Ice Cube on “Natural Born Killaz”, from the Murder Was The Case Soundtrack. He was soon signed to Death Row Records, and assigned to produce on classic albums such as; Dogg Food by Tha Dogg Pound, Tha Doggfather by Snoop Dogg, and All Eyez On Me by 2Pac.

With two independent albums under his belt, hit singles such as “Like It Or Not”, “Put The Monkey In It” with Daz Dillinger, and “I Don’t Hang” from A Thin Line Between Love & Hate Soundtrack, the multi-platinum music producer continues to solidify his position as one of the most respected rappers/producers in the industry. With his enigmatic charisma and kinetic flow stamped on every track, Long Beach’s original rapper will release Best Kept Secret under his own imprint Fly2k Records on August 30, 2011. 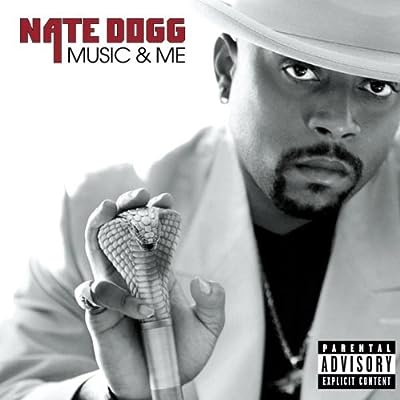 Amazing how news travels, I read this flash up on my Facebook feed from my DJ friend C-Stylez, then Twitter confirmed it from a tweet from Daz Dillinger and then The Press Telegram confirmed it all.

I remember as a pre-teen bumping “Regulators” with Warren G and Nate Dogg’s voice providing so much, not to mention his influence on all of Snoop and the Dogg Pounds classics and his immensely underrated solo album with “Nobody Does It Better” being one of the most poorly promoted songs to date.

Would have loved to have interviewed him at some point…

The rap star, born and reared in Long Beach, Calif. was 41.

Cause of death is not known. However, Hale had suffered two strokes, one in 2007 and another in 2008.

From the album Streetlights, out now.

The official video for Kurupt’s “Questions” from his album Streetlights out now!

The official music video for Terrace Martin produced track “In Gotti We Trust” featuring Xzibit by Kurupt, from his upcoming album Streetlights, due out April 20th.

The album owes its thematic content to the silent sentinels that illuminate roads and corners in every neighborhood and the stories they would tell if given the proper medium. ?I was looking outside at the streetlights just gleaming,? Kurupt says. ?My whole life was just passing me by and the streetlights were just passing me by. There?s so much real life footage that you would capture — all kinds of stuff passes by one light. Each one, if they had a camera, would depict a different aura of life.?

Streetlights features a more reflective Kurupt backed almost entirely by the musical talents of versatile up-and-coming producer Terrace Martin (Snoop Dogg, Talib Kweli, DJ Quik, Raphael Saadiq, MURS) and is rounded out with production by Pete Rock and Lil? Jon. Features include appearances by Snoop Dogg, Xzibit, Problem and DJ Quik. What results is a body of work more profound than any of the rapper?s previous works.

Led by the first single “I’m Burnt” featuring Problem, the album will be prefaced by Tha 4:20 Mixtape available for download on