Perhaps when Talib Kweli recently defended Rick Ross’ reprehensible lyrics on U.E.O.N.O by calling him “misguided” he did so in a glimpse of projection and subconscious self-reflection. Both may have a tad more in common than the average would assume in terms of identity issues, so while Rick Ross’ latest offering is tentatively titled Mastermind, Talib’s is called prisoner of consciousness.

There may not be a more fitting title for this album, as Kweli strays from his typical social commentary and goes for more commercial appeal…but shows he’s very conscious of the line that represents full mainstream accessibility and acceptance and stands far from it.

It’s not as if the Brooklyn wordsmith is less lyrically inclined, his trademark rapid-fire rasp is still in full force throughout the 15 track effort. He still drops metaphors with the deft of LeBron James dropping the ball into the cup, and still relentlessly mows through drums with astounding assonance.

On the Melanie Fiona assisted “Ready Set Go” Kweli openly ponders, “What if I listened to haters and never bothered hittin’ high water marks ’cause the markets flooded with garbage?” in a dazzling display that accentuates his reputation as a top notch lyricist.

The “Paid in Full” inspired “Turnt Up” finds Kweli ripping through those famous drums (augmented with an entrancing vocal harmony) with vigor, staking his claim and preventing the song from being a novelty. On “Push Thru” he outflows Currensy and goes toe to toe with Compton kingpin Kendrick Lamar, he who’s widely considered the best lyricist in Hip-Hop.

It’s not that Kweli has declined in any sense of the word, when he’s on, he’s ON. It’s just that on this album those moments are few and far between. The album spends a notable amount of time trying to grab the fairer sex’s attention. In one instance Talib discusses the highs and lows of courting with R&B ingenue Miguel on “Come Here“, and he tackles relationship issues on “Hamster Wheel”. Each are lyrically dense narratives, but therein lies the problem.

As versatile as Kweli has proven himself content wise through the years, he’s also historically maintained the same delivery no matter the beat. When one is straying from their artistic comfort zone, it’d seem like they’d go all the way. Talib Kweli just doesn’t have the charisma to consistently and engage the top 40 listener. That’s not a bad thing, but it is when you spend the core of an album trying to.

The production consistently delivers, however Talib doesn’t always. When it comes to mass appeal in 2013 the cold truth is that there is just more to it than lyrics alone, and Kweli seems unwilling to experiment with his flow or delivery, and that results in a lopsided album. Most artists would accept an album containing a bulk of tracks successful due to their trademark qualities with a few reachers that may not connect, but this is just the opposite. 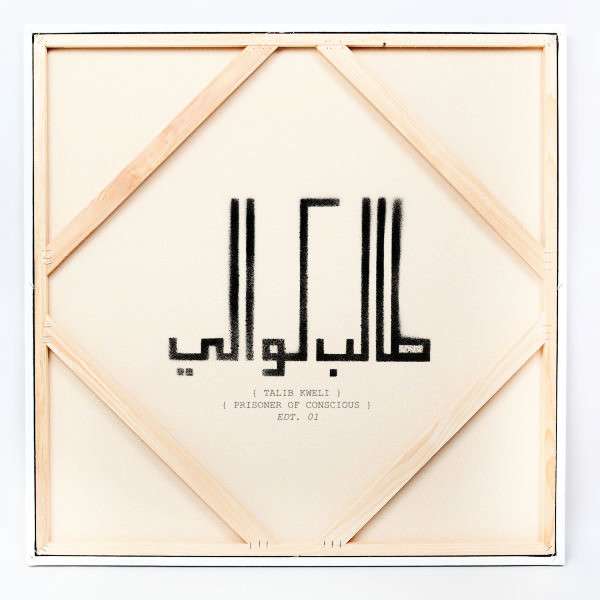 Mos Def and Talib Kweli are currently on the road as part of the ROCK THE BELLS PRESENTS Club Tour. The duo is performing their groundbreaking debut album Mos Def & Talib Kweli Are Black Star. They also performed the album at the Rock The Bells Festival Series shows in San Francisco and New York, as well as an abbreviated version in Los Angeles.

The tour is part of the Guerilla Union and House of Blues Entertainment strategic-alliance that will bring festival brands and unique properties to the club and theater circuit and, in doing so, has created North America’s premiere live hip hop partnership. The ROCK THE BELLS PRESENTS Club and Theater Series features seminal artists performing their iconic albums in their entirety.

About Guerilla Union
Established in 2000, Guerilla Union has developed into one of the premiere core urban lifestyle brands in the U.S., manifesting itself in many forms including music, events, media and fashion. Guerilla Union’s mission is to create experiential platforms, unique content and provide services that develop artists and their communities. Guerilla Union is a creative engineering corps dedicated to supporting artists and shaping urban culture

from the forthcoming album by MED on Stones Throw.

Classic is produced by Karriem Riggins. Directed by The Qualities of Light (Shane Sakanoi & Rich Hama)

Talib Kweli – How You Love Me video

Music from ‘Gutter Rainbows’ out now

To promote his recent album, “Gutter Rainbows”, Talib stopped by Sirius XM’s Hip Hop Nation for an album listening party. He took calls from listeners and performed a couple of tracks from the new album. Sean Price and Nigel Hall were also in studio to perform a couple of “Gutter Rainbows” songs. In part 1 Talib talks about the title of his new album, his split from Warner Brothers and performs Palookas with Sean Price. itstheBino was there to cover it.

Free admission only with a canned good or blanket for the needy. The goods will be donated to a local shelter for Thanksgiving. Also performing: Strong Arm Steady, Tunji & Jayson Rose with DJs, Luxerbrown, Uncle Pauly & Jay-P.

The official video for Reflection Eternal’s “Long Hot Summer” from their album Revolultions Per Minute out now.

The official video for Reflection Eternal’s “Ballad Of The Black Gold” from their Revolutions Per Minute album in stores now!