Watch the video for “Rodriguez” now

Brooklyn’s Black Dice reveal the self-directed video for “Rodriguez”, a track off their new LP Mr. Impossible out now on Ribbon Music. The band kicks off The Electronic Mind Monsters Reader Tour tonight in Boston. An exclusive 7-inch for “Rodriguez” featuring b-side “Pissed In A Cave” with art by band member Bjorn Copeland will be available on first on tour. Pre-order is available now.

“There’s real joy in this stuff, an infectious sense of discovery as Black Dice find ways to make bizarre music into something tightly structured and fun.” – Pitchfork

“One of the most influential noise acts of the past decade.” – XLR8R

“Mr. Impossible is pop in the way that a slimy plant pod from Invasion of the Body Snatchers looks like your boyfriend. It’s what pop would sound like if you showed Martians a diagram of a Mike Chapman (or maybe Dr. Luke) production and let them have a go at it.” – Village Voice

“They’ve made the most exciting debut of 2012 so far. Breakfast is such an original album, it’s coined a new term for swag: Call it swelly.” – Entertainment Weekly

(NEW YORK, NY – May 1st, 2012) – Following the lauded single “Ray Charles” and successful release of their debut album BREAKFAST, which received rave reviews from national media such as People Magazine, Elle and Entertainment Weekly amongst others, Chiddy Bang has released the music video for “Mind Your Manners,” the second single off their album, exclusively on VEVO. The single, which impacted Rhythm radio on April 30th and will hit Top 40 on May 14th, is an upbeat, carefree track that samples the now buzzed about Swedish group Icona Pop!.

The video, directed by Tim Nackashi, whose credits include Maroon 5, OK Go, Death Cab For Cutie and Theophilus London, features Chiddy Bang in a warehouse with various characters from all walks of life enjoying the jovial track that expresses individuality. In just three short days, the “Mind Your Manners” video has received over half a million views on VEVO. Combined with YouTube the song has well over 5 million views. The duo had previously created a viral video for “Mind Your Manners” with famed professional skater, Billy Marks, which has since garnered over 650,000 views.

Chiddy Bang, comprised of rapper Chidera “Chiddy” Anamege and producer Noah “Xaphoon Jones” Beresin, released their lauded full-length debut album BREAKFAST (Virgin Records) this past February. With television performances on NBC’s The Tonight Show With Jay Leno, Late Night With Jimmy Fallon, TBS’s Conan and strong reviews in print, the highly anticipated album debuted at #8 on the Billboard Top 200 and #5 on the Billboard Current Albums. Chiddy Bang also claimed the top spot on the iTunes Hip Hop Chart, peaking at #1, as well as the iTunes Top Album Chart where it reached the #2 position. Building off the strength of their extensive catalogue and strong touring, as well as digital presence, this past week Chiddy Bang has officially sold over 1 million singles in their short career.

Fresh off touring with the multitalented DJ/Producer, Diplo, Chiddy Bang will join Grammy nominee Wiz Khalifa and Mac Miller on the “Under The Influence Of Music Tour” this summer. The much hyped 9-city tour will kick off in Cincinnati, OH on July 26th and conclude on August 5th in Detroit, MI. Chiddy Bang, known for prodigal touring, having spent the majority of the 2010 & 2011 on the road touring globally and performing at major festivals including Glastonbury, Bonnaroo, Bamboozle, Lollapalooza and Austin City Limits and will also perform at this year’s Firefly Music Festival in Dover, DE alongside acts such as The Black Keys, The Killers and Lupe Fiasco. 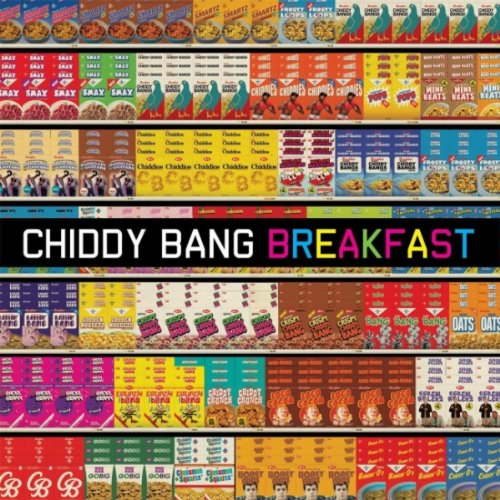 KILLER MIKE TO TOUR WITH EL-P IN SUPPORT OF R.A.P. MUSIC

Atlanta-born rapper and Grammy®-Award winner Killer Mike will release his self-proclaimed finest work to date with the debut of R.A.P. Music on May 15 from Williams Street Records. The album, which was produced entirely by El-P, Brooklyn’s resident laureate hip hop artist, producer and entrepreneur, features a line-up of tracks that both deliver on rap’s most basic level and simultaneously document the socio-economic discrepancies and racism that still plague America today. With the album’s title acronym representing “Rebellious African People’s Music,” it takes its influences from all genres of music black people have rebelled through, including gospel, jazz, soul, rock and funk.

This summer Killer Mike takes his talents on the road in support of R.A.P. Music. Album collaborator El-P will join Killer Mike along with Mr. Muthafuckin’ eXquire and Despot on an all-star North American tour. Check out the tour dates below.

* with Mr. Muthafuckin’ eXquire
# with Killer Mike
^ with Despot

Active Child kicks off the last North American tour this week in support of his debut LP You Are All I See on Vagrant Records. Witch house producer, Balam Acab and fellow L.A. band, Superhumonoids will support all dates. To coincide with the tour, Active Child will reissue acclaimed The Curtis Lane EP on 10-inch vinyl, available for the first time since its limited release in 2010.

Nothing can quite prepare you for the leap that Pat Grossi of Active Child has taken with You Are All I See. Drawing inspiration from his early days in which he lent his heavenly voice to the boys choir, to his descent into the world of laptop-assisted, indie-pop and R&B intonations, Active Child’s wide array of layered vocals, shimmering synths, contrapuntal harp lines, and tracks boasting in fresh, forward-thinking lyrics, Pat’s artistic vision is truly realized on You Are All I See.

Of the album title, Pat says, “You Are All I See is an attempt to build a bridge between the listener and I, in that, I wrote these songs for you as much as I did for me. And right now when you are listening to my voice, by yourself, it really is just you and I.” The album itself focuses primarily on the joy and heartbreak of relationships; from the harsh realities of love lost and rediscovered, the struggles to remain monogamous, to the battles with one’s identity.

UK DUBSTEP/EDM PRODUCER, SAMPLED BY KANYE WEST, TO PLAY US DATES INCLUDING COACHELLA

Josh Steele, better known as bass practitioner Flux Pavilion, has announced his first string of headlining dates in the US. Coming off a landmark appearance at Ultra in March, the UK producer/DJ/musician is slated to bring his eclectic taste to audiences on both coasts this summer. Flux Pavilion posses the unique ability to readjust the American palate to the dubstep formula, maintaining the nuances of the genre, whilst also incorporating various musical elements, rendering Josh capable of winning over the most discerning ears. His virtuosic production spurred Kanye West to sample a large portion of his “I Can’t Stop” for “Who Gon’ Stop Me” from the “Watch The Throne” album with Jay-Z. This US jaunt will take Flux up and down both coasts and kicks off at the sold-out Coachella festival in Indio, California. These stateside appearances, combined with forthcoming single releases on Circus/Big Beat, it’s clear that the stars are aligning for Flux Pavilion this summer.

Plus Remix Penguin Prison’s ‘Fair Warning’ for a chance to be included on the official Fair Warning Remix EP presented by LACOSTE L!VE.

Two of NYC’s most innovative Alternative, Dance/Pop Acts Penguin Prison and Class Actress will join forces this Spring on a co-headline North America Tour. The tour kicks off in D.C next month with more shows to be announced.

Glover is also offering fans and musicians the chance to remix his current single ‘Fair Warning’ through LacosteLive! For further details and stems, see below.

Remix Penguin Prison’s ‘Fair Warning’ for a chance to be included on the official Fair Warning Remix EP presented by LACOSTE L!VE. Upload your best (or worst) for all to hear.

Rusko’s “Somebody to Love” has been rattling dance-floors worldwide since its release last month and is quickly becoming a classic. Today sees the release of Skream’s remix of the song, which premiered on Spin.com. “Somebody to Love” is the first single from the forthcoming album Songs out March 26 on Mad Decent/Downtown Recordings. Watch the video here.

Songs is a collection of masterful pop songs that will reach far beyond the dance floors. Rusko has created a body of work that encapsulates all the best elements of bass heavy music and infuses them with sublime melodies and a euphoric spirit. In celebration of the forthcoming release, Rusko is on a special tour of intimate venues. This is a rare chance for fans to seem him in a small setting.

This February, Rhymesayers and Atmosphere bring you the Second Annual “Welcome To Minnesota Tour”. With performances from Atmosphere, Kill The Vultures, Big Quarters, MaLLy and DJ sets throughout the night from BK-One. Join these artists as they tour throughout their home state of Minnesota. The tour begins February 20th in Mankato and makes subsequent stops in Bemidji, Minneapolis, Duluth, Rochester & St. Cloud. Last year all of the shows sold out in advance so make sure you get your tickets early!

Tickets for the “Welcome To Minnesota Tour” go on sale Friday, December 16th at 11:00AM CST and are available through Ticketmaster. Tickets for the Minneapolis, Duluth and St. Cloud shows are also available at Fifth Element (2411 Hennepin Ave S, Mpls, MN | 612.377.0044) in Uptown.

Def Jam signee Asher Roth has announced concert dates to promote his upcoming project Pabst & Jazz Sessions. Asher will be performing with a live band as well as DJ Wreckineyez. Sir Michael Rocks of the Cool Kids will support the Chicago date.

Asher has released a steady stream of singles and videos and has worked with the likes of Chris Brown, Akon and Nottz and will release his Def Jam debut Is This Too Orange? in March. His latest project, The Pabst & Jazz Sessions are a collection of tracks featuring Asher himself as well as Chuck Inglish of the Cool Kids and production duo Blended Babies. One track will leak from the sessions each day starting today on Asher’s social media outlets, with Pabst and Jazz Sessions being unleashed in full on December 20th. Asher’s proceeds from the tour will go to The Philadelphia Hunger Coalition.

Over Twenty Artists on Two Stages Including Headliners Sublime with Rome and Korn, Wiz Khalifa, Cypress Hill, The Dirty Heads and Café Tacuba

In addition to the two stages of music, some of the unique attractions at the CYPRESS HILL SMOKEOUT FESTIVAL include the Medical Marijuana Expo featuring the leading hemp industry exhibits and expert panel discussions, and the Patient Consumption Area providing private and peaceful area for registered California medical marijuana patients. There will also be a Massive Munchie Garden, interactive vendor village and more.

Look for additional artists and attractions to be announced in the coming weeks. Guerilla Union advises fans to sign up for the official mailing list on www.smokeoutfestival.com to receive the most up-to-date festival information and new announcements.

Tickets for the CYPRESS HILL SMOKEOUT FESTIVAL are available via Ticketfly Wednesday, December 14 at 10am PST via the Guerilla Union pre-sale and for general on-sale Saturday, December 17 at 4:20pm PST.

+Additional Acts to be announced