Toro Y Moi previously shared videos for “So Many Details” and “Say That” from his new album, Anything In Return. Now, you can watch a new video for “Never Matter” over at Gorilla vs Bear. The video was directed by Steve Daniels, who also directed the video for “Still Sound” (from Underneath The Pine), and was shot in Toro Y Moi’s hometown of Columbia, SC.

The product of a move from South Carolina to Berkeley, CA and the subsequent extended separation from loved ones, Toro Y Moi’s third full-length, Anything in Return, puts Chaz Bundick right in the middle of the producer/songwriter dichotomy that his first two albums established. There’s a pervasive sense of peace with his tendency to dabble in both sides of the modern music-making spectrum, and he sounds comfortable engaging in intuitive pop production and putting forth the impression of unmediated id. The producer’s hand is prominent- not least in the sampled “yeah”s and “uh”s that give the album a hip-hop-indebted confidence- and many of the songs feature the 4/4 beats and deftly employed effects usually associated with house music. Tracks like “High Living” and “Day One” show a considerably Californian influence, their languid funk redolent of a West Coast temperament, and elsewhere- not least on lead single, “So Many Details”- the record plays with darker atmospheres than we’re used to hearing from Toro Y Moi. Sounding quite assured in what some may call this songwriter’s return to producer-hood, Anything in Return is Bundick uninhibited by issues of genre, an album that feels like the artist’s essence.

Born and raised in Columbia, South Carolina, Chaz Bundick has been toying with various musical projects since early adolescence. Having spent his formative years playing in punk and indie rock acts, his protean Toro Y Moi project has been his vessel for further musical exploration since 2001. During his time spent studying graphic design at the University of South Carolina, Chaz became increasingly focused on his solo work, incorporating electronics and allowing a wider range of influences- French house, Brian Wilson’s pop, 80s R&B, and Stones Throw hip-hop- to show up in his music. By the time he graduated in spring 2009, Chaz had refined his sound to something all his own. Music journals across the board touted his hazy recordings as the sound of the summer, and he released his debut album, Causers of This in early 2010.

Since then, Bundick has proven himself to be not just a prolific musician, but a diverse one as well, letting each successive release broaden the scope of the Toro Y Moi oeuvre. The funky psych-pop of 2011’s Underneath the Pine evinced an artist who could create similar atmospheres even without the aid of source material and drum machines. His Freaking Out EP, a handful of singles and remixes, and a retrospective box-set plot points all along the producer/songwriter spectrum in which he’s worked since his debut, and Anything In Return is another exciting offering that shows he’s still not ready to settle into any one genre.

Harlem emcee Kyle Rapps is bringing low budget multimedia visuals to a new level of griminess and fun factor. The quirky green screen-meets-photoshop platform portrayed in his videos is both artistic and hilarious, and is a welcomed departure from the fashionista and weedporn swag that the new New York scene is becoming known for. As a result, Rapps has garnered the attention and cosign of some higher profile artists such as Action Bronson, Mr Muthafuckin’ eXquire, and Murs, who are all featured on his mixtape “SUB” which drops this May. Show promoters are also taking note as last month Kyle was tapped by Live Nation to play a Vice Records showcase at Santos Party house with Bodega Bamz, and A$AP Twelvyy.

Eclectic, contemporary Hip Hop producer Tom Delay Beats makes electronics come to life in “Echelon”, the second video from his Sharks in the Sky instrumental project!
You can watch “Echelon” below, along with Delay’s haunting video for “The Living Dead”, which was directed by photographer Louis Martins and Poet102 Productions!

Sharks in the Sky is currently available on iTunes via Brake Fast Records.
Tom Delay Beats SITS
A dexterous producer, Tom Delay, showcases his skill with a myriad of beats that touch a number of Hip Hop subgenres. Sharks in the Sky contains head-nodders like “Dream Lab” and “The Living Dead”, quirky but hard hitting 8-bit-sounding beats like “Echelon” and “So Filthy”, and smooth joints like “Just”. Then there are tracks like “The Lives” and “Panoptic” that give off a triumphant indie/electro rock vibe, as Delay seems to toy with the effervescent boundaries of the genre.

“The Living Dead” is a dark, relentless video directed and produced by Louis Martins and Poet102 Productions. This collaborative duo from London’s visionary style encapsulates a bleak world, where surrealism, fine art and abstract interpretation meet. Poet102’s work creates a window to another realm, while Louis Martins, better known for his work as a photographer, provides a cinematic journey into the world before us.

Tom Delay Beats has provided instrumentals and executive production for an increasing number of breakthrough releases, including Dirt Platoon’s underground classic Deeper Than Dirt, as well as battle rap veteran A-Class’s
Deathsuit EP. In 2011, he was recognized by the Baltimore City paper as the “Best Beat Maker of the Year”. Delay has also featured an array of emcees on his beats, including Trace Blam, Ill Conscious, Skyzoo, Big Remo, L.E.G.A.C.Y., Chaundon, and countless others. 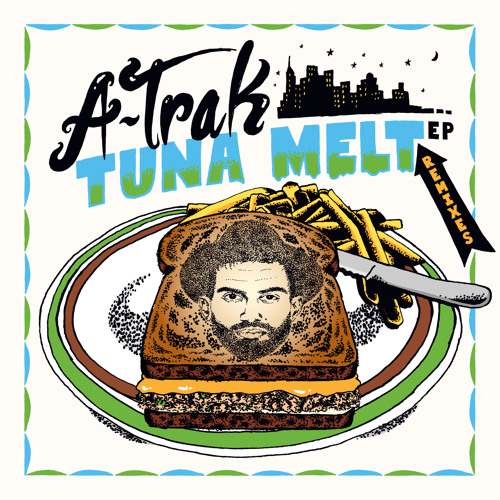 In case you missed it, Trizzy is in this awesome Adidas Originals campaign directed by So-Me.

The ad features “Landline 2.0”, which is on the Tuna Melt Remix EP that dropped today. Other remixes by Les Rythmes Digitales (!), Q-Bert (!), Jack Beats and more.

Today A-Trak released the excellent remix package to accompany the Tuna Melt EP on Fool’s Gold. Collaborators range from legends to break-out rookies, highly characteristic of A-Trak to push dance music into the future with reverence for the roots.

Stream “Landline 2.0” here (you might recognize it from the Adidas Originals spots, A-Trak is the new face of the campaign)

The West Coast is fully behind Compton’s buzzing talent Problem in his new music video for “Like Whaaat” off his mixtape Welcome To Mollywood Part II.

The music video, directed by Topshelf Junior was shot all over Problem’s stomping grounds in the streets of LA. At the end of the “Like Whaaat” video, you’ll see another video clip for Problem’s song “Say That Then.” Both songs are produced by the production team League Of Starz.

“I’m excited to elevate Diamond Lane Music Group to another level with the help of this video,” explains Problem. “I’m grateful for the support that pours in from the West Coast and music industry peers, but this is only the beginning. We’re ready to spread the Diamond Lane movement across the globe. I hope y’all enjoy the visual. Like Whaaat.”

The video premiered during Problem’s interview with DJ Skee on AXS.TV yesterday. Watch the AXS.TV interview to hear Problem discuss having one of the “hottest records in the streets and clubs,” his current song with Chris Brown, performing at the Fader Fort at SXSW and working in the studio with hip-hop legends Dr. Dre and T.I. Vancouver based Swollen Members continue to roll out new material from their new album “Beautiful Death Machine”, and have released their video for the track “Almost Famous” online

“Beautiful Death Machine” lands in stores on March 19th via Suburban Noize/Battle Axe Records and is available for pre-order.

“Our concept for ‘Almost Famous’ was really quite simple yet very effective. We shot at my favorite local neighborhood pub with each of us playing a role in the restaurant. We show the early days when we were struggling to solidify our music career while still grinding through a 9-5,” said Prevail. “I’m really proud of the concept and the final product looks like a short film.”

To create their latest opus, “Beautiful Death Machine”, Swollen Members regrouped with a revitalized energy and a vision to record an album that strengthens the group’s musical legacy. Armed with their signature brand of dark, sinister, spellbinding hip-hop, Swollen Members emerged with an album that is aggressive, confident and commands listeners attention with its in-your-face attitude.

Swollen Members will embark on a headlining tour across Canada in March and are set to perform at this year’s Paid Dues Independent Hip-Hop Festival 2013 on March 30, 2013 at the NOS Events Center in San Bernardino, CA. The Vancouver based trio joins an already stellar line-up that includes headliners Black Hippy, Macklemore, along with Talib Kweli, Tech N9ne, Scarface, Immortal Technique, Hopsin, Joey Badass, Vinnie Paz & Ill Bill, and many others.

Madchild from Swollen Members will be touring this summer in support of his solo album on the Vans Warped Tour along with Goldfinger, Forever the Sickest Kids, Big Chocolate, The Black Dahlia Murder, Mac Lethal, and MC Lars. 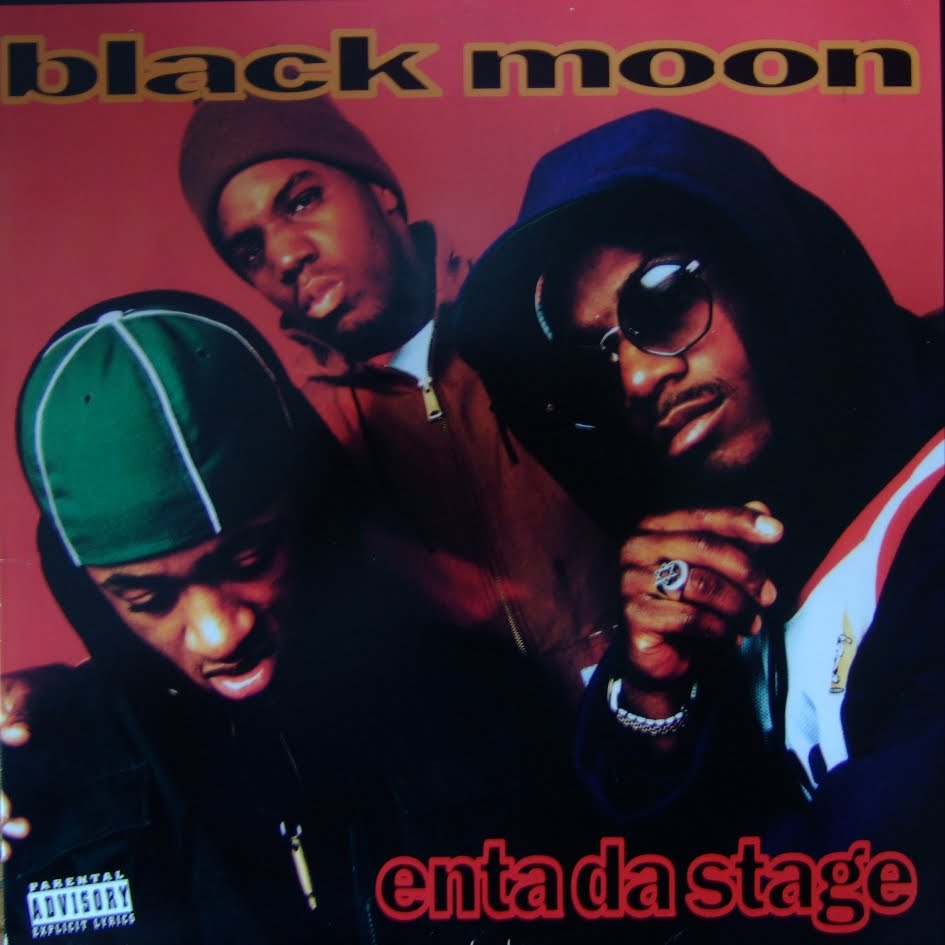